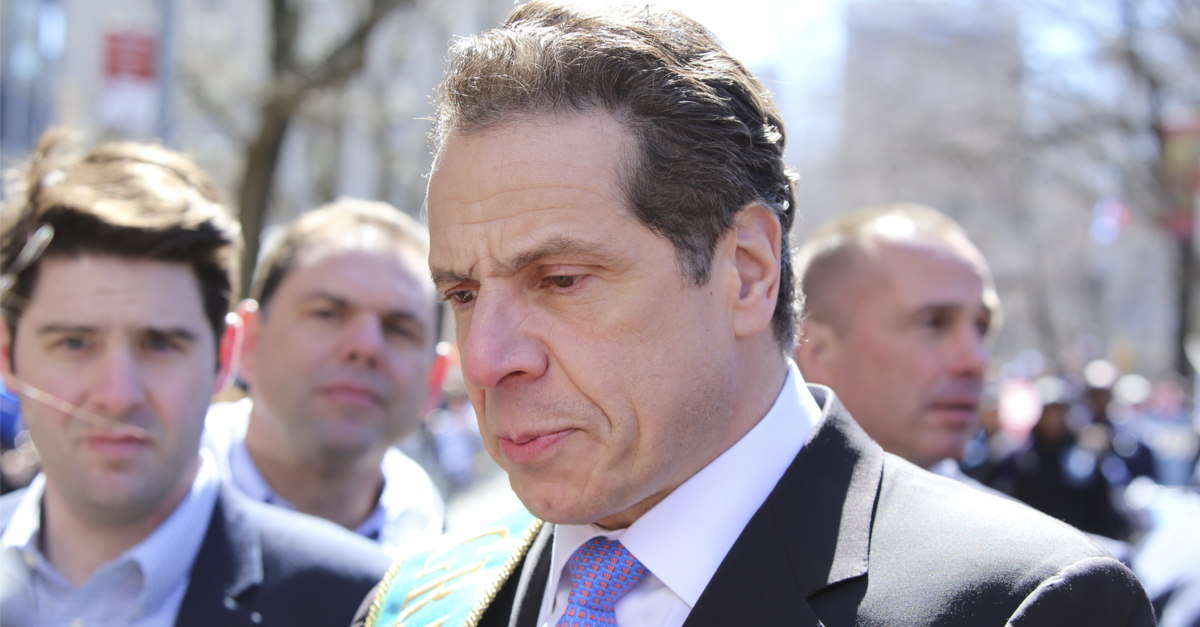 The following article, Top Aide to Cuomo Calls it Quits as Grabby Governor’s Imminent Doom Looms, was first published on Flag And Cross.

Andrew Cuomo is just about the only person in his orbit who can’t seem to read the writing on the wall.  In fact, it isn’t apparent at this time whether or not he even truly realizes that there is writing on the wall, let alone what the glaring and overwhelmingly clear message is.

For the uninitiated, Cuomo’s time is up.  His months of compounding controversies have culminated in an investigation declaring him a sexual predator, having harassed or abused at least eleven women during his time in office, many of whom were working with or for him at the time.

And despite some of the nation’s most powerful Democrats demanding that he resign, Cuomo has been wholly defiant.

Now, those who’ve been around him through thick and thin are heading for the exits…and in a hurry.

A top aide to embattled New York Gov. Andrew Cuomo has resigned from her position following a damning report from the state’s attorney general concluding that the governor had sexually harassed multiple women, according to multiple reports.

“It has been the greatest honor of my life to serve the people of New York for the past 10 years,” Melissa DeRosa said in a statement Sunday evening, adding that the past 2 years have been “emotionally and mentally trying.”

And this wasn’t just another refugee from Camp Cuomo…

DeRosa’s departure was significant. She was seen as one of the governor’s most competent and trusted top aides. The New York Times wrote that she stood by Cuomo “for years even as his inner circle shrank in size and many of the top staffers who had helped first elect him in 2010 left the administration.”

Cuomo has defied calls to resign from House Speaker Nancy Pelosi, New York City Mayor Bill de Blasio, and President Joe Biden, continuing to deny that he meant any harm, but sending mixed signals with a number of unconvincing apologies.