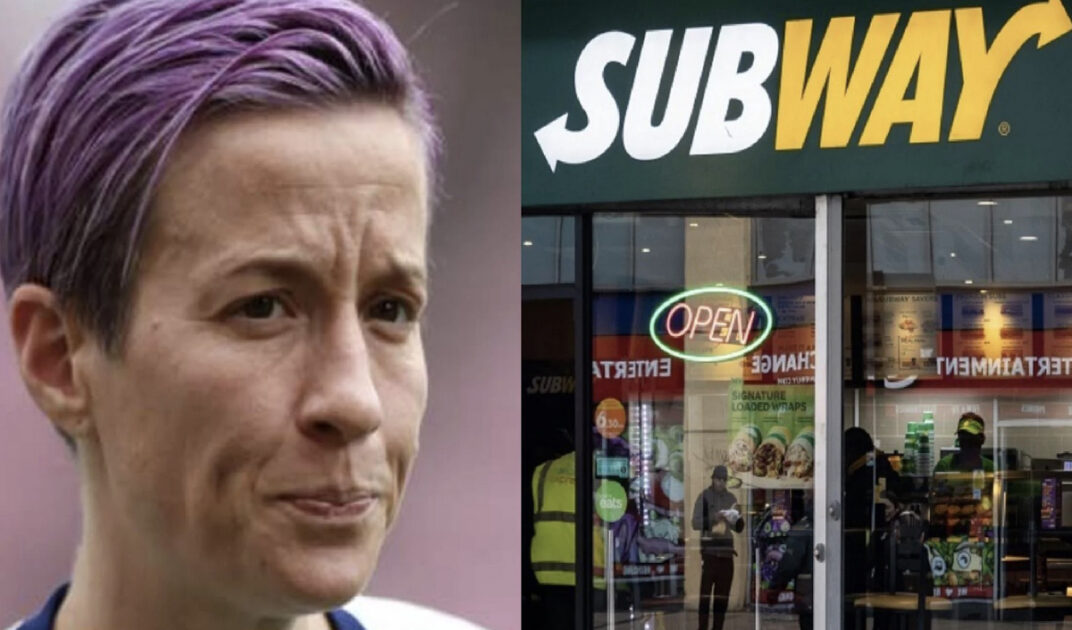 Subway franchise owners are sick and tired of being yelled at by customers because corporate hired anti-American U.S. soccer player Megan Rapinoe for its TV commercials.

Store owners claim they are being attacked by customers who are PO’d after seeing the America-hating U.S. Women’s National Team player telling TC viewers how wonderful Subway sandwiches are. Indeed, many store owners are being told that customer are coming in just to tell them that they will never eat at Subway again because of Rapinoe’s commercials.

The response has been mixed, according to franchisees. Late last month on a discussion forum hosted by the North American Association of Subway Franchisees, a Wisconsin store operator posted a picture of a hand-scrawled note from an irate customer taped to the front door of his shop.

“Boycott Subway until Subway fires the anti-American … Megan Rapinoe, the creep who kneels for our beloved National Anthem!” the note read.

“The ad should be pulled and done with,” the franchisee wrote of the Rapinoe spot. “It gets tiring apologizing.”

One store owner says that an irate customer left this warning note tapped to the store’s door: 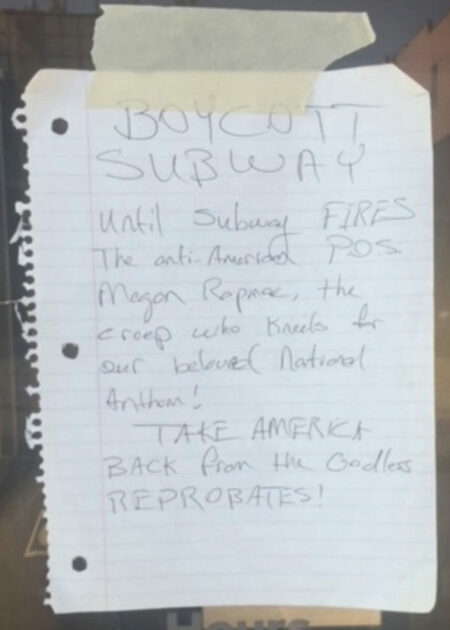 Subway is not like other fast food joints in that the corporation does no own any of the actual locations. Those are owned by individual business owners.

But Subway does make all the decisions on national advertising. And this is infuriating the store owners because they had no say in the commercials and the hiring of the hateful soccer player.

Store owners have also taken their concerns to the corporation’s board and demanded that the commercials be canned.

Rapinoe, of course, has become more famous for her hate for America and her protests during the national anthem than for her sport.

The woke, leftist U.S. women’s team became the laughinstock of the world by losing to Sweden and Canada and then only winning a third place bronze despite being assumed as the prohibitive favorite for gold.