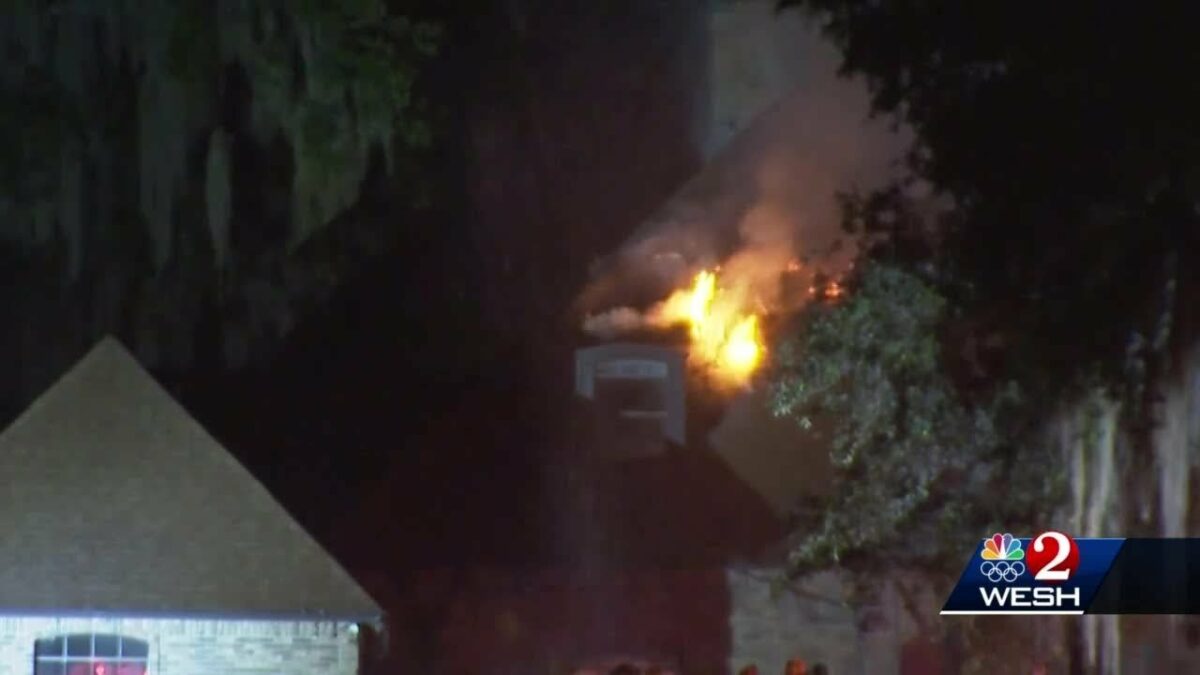 The following article, 'She's My Hero': Dog's Barks at 3 in the Morning Save Her Owner from Raging House Fire, was first published on Flag And Cross.

Maggie is a small, fluffy dog — perhaps not guard dog material, but she has proven herself to be a lifesaver. She lives with her owner Joel Rosa in a spacious home in Tangerine, Florida, and to him, she’s a hero.

In the early hours of July 28, Maggie started barking. Rosa woke up to realize that his house was on fire.

“I love this dog,” Rosa told WESH-TV. “She woke me up at like 3 in the morning, barking like, you know, and then I wake up, and I heard the noise on the roof.

“So I came outside from the porch upstairs, and I look on the right side, I see the fire.

“It was really scary, really scary because I’m trying to — at the beginning, I thought that I can stop it myself, even from outside.”

But the fire was much more extensive than it first appeared. Fire crews were on scene and managed to put out the fire, but it took some doing.

“The fire was through the roof,” Lisa McDonald, spokesperson for the Orange County Fire Rescue, said. “We worked a defensive fire and were able to knock it down. It did flare back up again.”

“We believe it was a lightning strike from yesterday’s storms that hit the house, and that lightning festered inside the roof,” she continued.

“This is a 7,000-square-foot home. It’s a very large home, and it was 80 percent involved with flames. So the homeowner should definitely thank his pet for waking him up.”

People have chimed in on the comments section of the WESH Facebook story to agree that the pup is a hero.

“Life time treats whenever she wants,” wrote another.

“Maggie needs lots of kisses and cuddles,” a third chimed in. “She is a special hero.”

And Rosa would agree with them.

Continue reading: 'She's My Hero': Dog's Barks at 3 in the Morning Save Her Owner from Raging House Fire ...