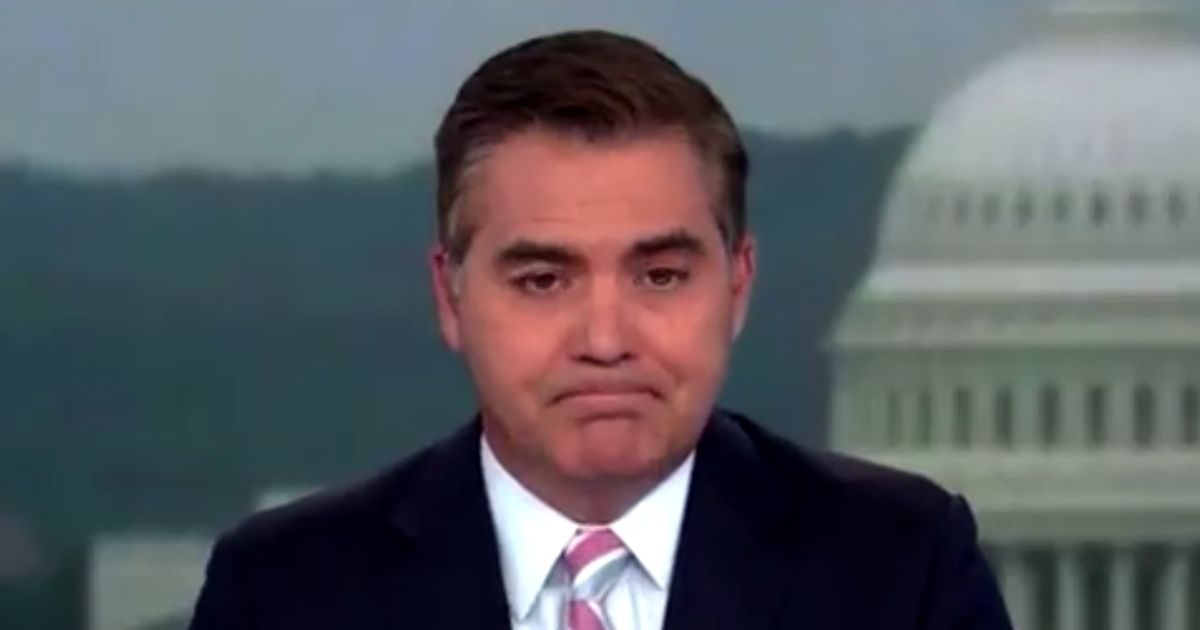 Although Jim Acosta hasn’t had quite so many opportunities to make a fool of himself since President Donald Trump left office, he does not seem to have lost his penchant for doing so, particularly when he can capitalize on deep-seated political division in our nation.

Acosta, who plays a reporter on TV, was slammed over the weekend after suggesting that a new variant of the COVID-19 virus be named the “DeSantis strain” after Florida Gov. Ron DeSantis despite pushing the narrative that it was “xenophobic” for his arch-nemesis Trump to refer to the virus as the “Wuhan virus” at the start of the pandemic.

When the virus had just, you know, spread around the world following an outbreak in Wuhan, China.

What’s more, the establishment media had no problem using this common-sense moniker for the then-novel virus about five seconds before Trump referred to it in this way. Of course, because he was Trump, then it had to somehow be racist, and suddenly the same naming scheme behind such diseases as Ebola, the Spanish flu, the German measles and the West Nile virus was now inapplicable.

Acosta, who is the anchor — not opinion host, mind you, anchor — of CNN weekend programming, as well as the network’s chief domestic correspondent, opined over the weekend that as “people should not have to die so some people can own the libs,” Republicans “may end up owning the pandemic, because they’re prolonging it.”

DeSantis has been at the forefront of the pushback against the Biden administration’s efforts to revive coronavirus restrictions. Last week, the Republican governor told President Joe Biden, “If you’re coming after the rights of parents in Florida, I’m standing in your way.”

“Instead of the delta variant, why not call it the DeSantis variant?” Acosta continued. “We could sell beer koozies that say ‘Don’t Florida My Fauci’ and use the money to help pay for all of the funerals in the days to come.”

Good grief. More of the sober-minded and legitimately objective coverage viewers have grown to know and love from the folks over at CNN, right?

Last year, Townhall reporter Julio Rosas noticed that for all of Acosta’s pearl-clutching over Trump’s reference to the virus as the “China virus” or “Wuhan virus,” it had already been widely used by the media prior to Acosta’s “objective” reporting on the Trump administration’s response to the early stages of the pandemic.

A lot of “xenophobia” coming out of CNN then:https://t.co/qlIu5xCm8F

In fact, it was so completely normal to refer to the virus this way that Acosta himself called it the “Wuhan virus” when it began to break out across the Chinese mainland.

The xenophobia is coming from inside the house! (h/t @jtLOL)https://t.co/F7fQ5VMNRN

Here’s the thing: Naming a virus after the place it originated is normal, utterly inoffensive and sensible, and it wasn’t until Trump-era, Acosta-style “reporting” became a thing that anyone would have even for a moment thought otherwise.

Suggesting one name a mutation of a virus after a living, breathing human being who simply believes that a pandemic is not a good reason to suspend constitutional rights and refuses to kowtow to the fear-mongering totalitarian pandemic response overkill of the Biden administration is just petty, pathetic and sophomoric.

But hey, that’s Jim Acosta’s brand of political commentary through and through.

Commentators and Twitter users slammed Acosta for the hysterical hot take — and called him out for his hypocritical hysteria over the whole “Wuhan virus” thing, too.

“Why does Acosta spend infinitely more time talking about Trump and other Republicans than he does the current president and House speaker in power?” Joe Concha posed to Fox News. “A look at transcripts of his ‘news’ program shows he’s truly state TV serving at the pleasure of the Democratic Party in attacking Republicans while barely touching the blue team. He’s an embarrassment and nothing more.”

“He is at this stage just doing performance art. He has completely dispatched anything approaching journalism. But you can tell, he is sure impressed with himself,” another Twitter user observed.

He is at this stage just doing performance art. He has completely dispatched anything approaching journalism. But you can tell, he is sure impressed with himself. https://t.co/ybAJpse1ix

Another user simply pointed out that Acosta was much more offended on behalf of China’s murderous communist regime than he was considerate of American elected officials:

Tfw you hate Republicans more than the genocidal communists pic.twitter.com/TcIaSu0WAz

Of course, this final point is what’s always been so incredibly sickening about the anti-Trump left’s seething and blind hatred of Trump, Trumpism and the new wave of Republican leadership that has simply refused to kowtow to the authoritarian rhetoric on what’s considered offensive and what’s not.

Too often, they end up defending pure evil, from communist China to MS-13 members to the Iranian regime to ISIS leaders, all because Trump took aim (literally, in Abu Bakr al-Baghdadi’s case) at these figures.

So by the time he simply called the virus according to where it first broke out, the knee-jerk reaction was to call it racist.

Now, Acosta and his ilk are so convinced by their own delusions of being serious, concerned citizens that he actually thinks he can pass stupid, school-yard comments like “maybe we should name a strain of the virus after a governor I don’t like” as legitimate political analysis, or whatever it is that CNN lets him think he does when he hosts his little weekend show.

Like Trump before him, DeSantis’ firm, bold leadership and refusal to give even an inch to the left-wing mob or Democratic establishment is beyond triggering to the Dems. And, as he did with Trump, Acosta can’t help but unwittingly humiliate himself when he tries to go after DeSantis too.

I know of a four letter word I’d like us all to be able to call Acosta.
It starts and ends with a D and has two vowels in between them

Bet dollars to donuts that massive numbers of Covid infected illegal aliens will now be settled in Florida as a form of biological warfare.