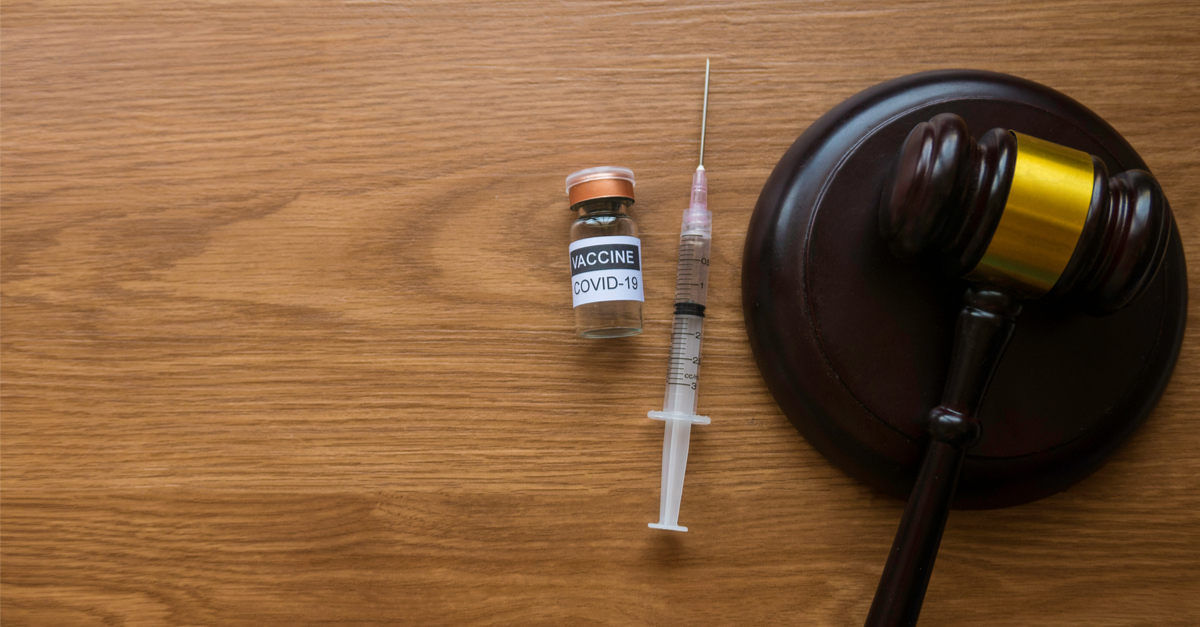 The following article, Judge Threatens Defendant with Jail Time For Refusing Vaccine, was first published on Flag And Cross.

From the very beginning of the coronavirus crisis until now, there has been a persistent hum of concern from the liberty-minded among us, who are fearful that the pandemic itself may be used by governments around the world to encroach on the freedoms of the people they serve.

Some have taken these concerns to the extreme, of course, and have created some elaborate, (and bizarre), conspiracy theories surrounding the COVID-19 crisis itself.

And while many of these ideas are a little out there, we are finding ourselves nearer and nearer each day to the sort of Orwellian dystopia they’ve been warning us about.

A lawyer for an Ohio man says he was “taken aback” by a judge’s order for his client to get a COVID vaccine as part of his probation conditions. Judge Christopher Wagner told Brandon Rutherford he could face jail time if he fails to get vaccinated within 60 days of his Aug. 4 court appearance […]

The defendant was not enthused.

[…] but Rutherford says he doesn’t plan to comply, CNN reports. “I don’t think the judges are within their powers to do that,” attorney Carl Lewis tells Lex 18. He says his client does not wish to be vaccinated and predicts that the order is “going to be dropped or it’s going to be a boatload of litigation to say, ‘You have violated this young man’s rights.'” Rutherford, 21, was sentenced to two years’ probation on drug charges.

And while Rutherford’s reluctance was noted, Judge Wagner made sure to mention that neither Rutherford or his lawyer had actually objected to the idea during the proceedings.