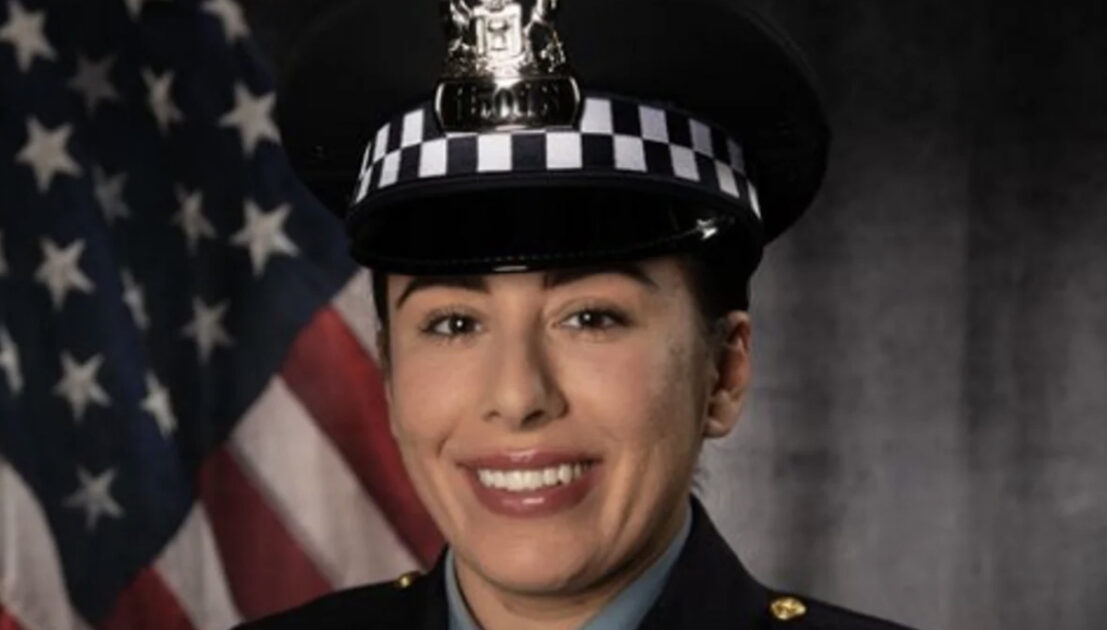 The following article, Female Chicago Police Officer Gunned Down in the Street Only Months after Giving Birth, was first published on Flag And Cross.

Two Chicago polices officers were shot Saturday — one, a female officer and new mother, was killed — amid two mass shootings and several triple shootings as Chicago descended into violence for the first weekend in August.

With the arrival of hot August temperatures, a wave of violence once again washed over some of the Windy City’s most violent neighborhoods. A disturbing 45 people were shot between Friday afternoon and Saturday evening, bringing the August death count to a sickening 23 killed in only seven days, the Chicago Sun-Times reported.

Saturday evening brought the death of Chicago Police officer Ella French who was gunned down by the occupants of a car that the officer and her partner had pulled over at around 9 p.m., the CPD reported.

The officers were fired upon from the vehicle and returned fire, wounding one of the auto’s occupants. Officer French was struck during the shootout. Two suspects were taken into custody, but a third escaped and is on the loose.

Officer French, 29, had only recently joined the department, having signed on in 2018, and she had just returned from several months of maternity leave. The officer
leaves behind a husband and a two-month-old child, the Daily Mail reported.

Condolences to the French family, friends & city of Chicago.
Chicago Police Officer Ella French was shot in the face & killed during a car stop.
Ella was 29yrs & had just gotten back from maternity. She leaves behind a two month old baby. Rest in Peace#ChicagoPD pic.twitter.com/JSahuU68Fn

“They go out here and do their jobs thanklessly,” Eric Carter, Chicago police first deputy superintendent, said, describing the rank and file of the CPD.

Officer French is the first police officer killed in the line of duty since 2018 and the first since Chicago Mayor Lori Lightfoot took office in 2019.

“This is a very tragic and sad day for our city, and pray for officers, the men and women of this department,” Lightfoot said during an evening press conference.

“They deserve our prayers every single day that they can return home safely to their families; unfortunately, that didn’t happen tonight,” she added.

Some say we don't do enough for the police. Others say we do too much. All of this must stop.

We have a common enemy: it's guns & the violence they bring.

Dozens of CPD officers arrived at the shooting scene to pay their respects to the fallen officer.

Dozens of Chicago police officers gathered outside of University of Chicago Medical Center pray after two officers were shot tonight in West Englewood.

WGN-TV will interrupt programming to bring you a briefing from CPD as soon as it happens. pic.twitter.com/mUSahnTrjc

So far this year, the city has suffered 464 people shot and killed, and an incredible 2,249 shot and wounded. Despite claims by city officials that they are working to address the death rate, the numbers have not been significantly reduced year-over-year. In August 2020, for instance, 66 were killed; in 2019, 51 died; in 2018, 60 were sent to their deaths. Thus far, 24 have already died only seven days into the month this year.

Finally, Chicago’s high number of deaths and shootings cannot be blamed on the CPD. Thus far, out of the 2,249 people wounded in Chicago this year, eight of those were shot by police officers. Further, there have only been four police-involved deaths in all of 2021 so far.

Continue reading: Female Chicago Police Officer Gunned Down in the Street Only Months after Giving Birth ...