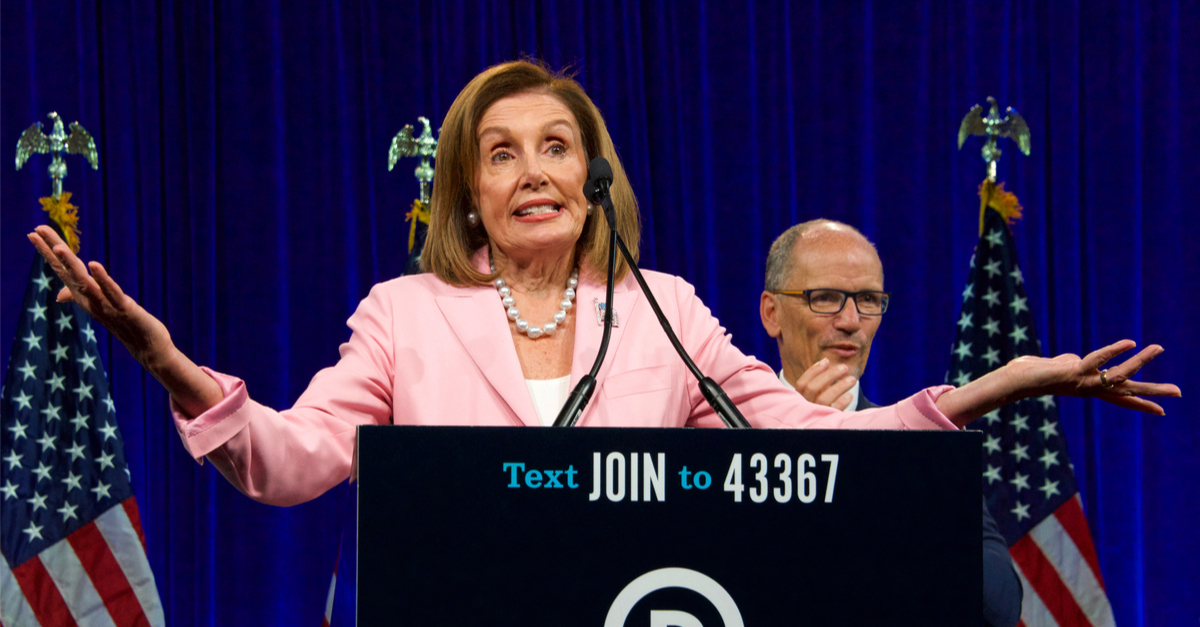 The following article, Dems in Distress? Pelosi Blows Off Obama Party with Paltry Excuse, was first published on Flag And Cross.

While there is little doubt that congressional Democrats are all but ready for a progressive-versus-moderate civil war within the party, we don’t often find ourselves witnessing similar conflict among those outside of the current cabal on Capitol Hill.  In fact, it appears as though many Democrats go out of their way to appear indifferent toward one another once they leave office, allowing for the younger and hungrier among them to garner the limelight and Twitter likes instead.

But every now and then a strange morsel of information arrives that makes you wonder just how well some of the out to pasture Democrats are getting along with the workhorse liberals.

This week, our example comes from House Speaker Nancy Pelosi’s rather weak excuse for not attending Barack Obama’s birthday party.

“I didn’t go. I had other parties to go to,” Pelosi (D-Calif.) replied when asked about Obama’s birthday bash on Martha’s Vineyard, according to the Daily Mail.

Not everyone was buying it, however…including some allies of Pelosi.

Pelosi had just attended a church service Sunday morning when Kevin Blake, who was visiting the area from Connecticut, asked her about the party before thanking the veteran Democratic politician for “keeping the Republicans in line.”

Pelosi and Blake, a 61-year-old lawyer, then posed for a picture.

“To be her, the most powerful woman in Congress, and not even go to his party? I find that hilarious,” Blake told The Daily Mail.

“And she’s the one carrying forward his agenda.”

Obama’s party was largely blasted by critics, who believed that the former president was acting irresponsibly in regard to the surge of COVID-19 cases in the area when he planned to bring several hundred guests to gather at his home.