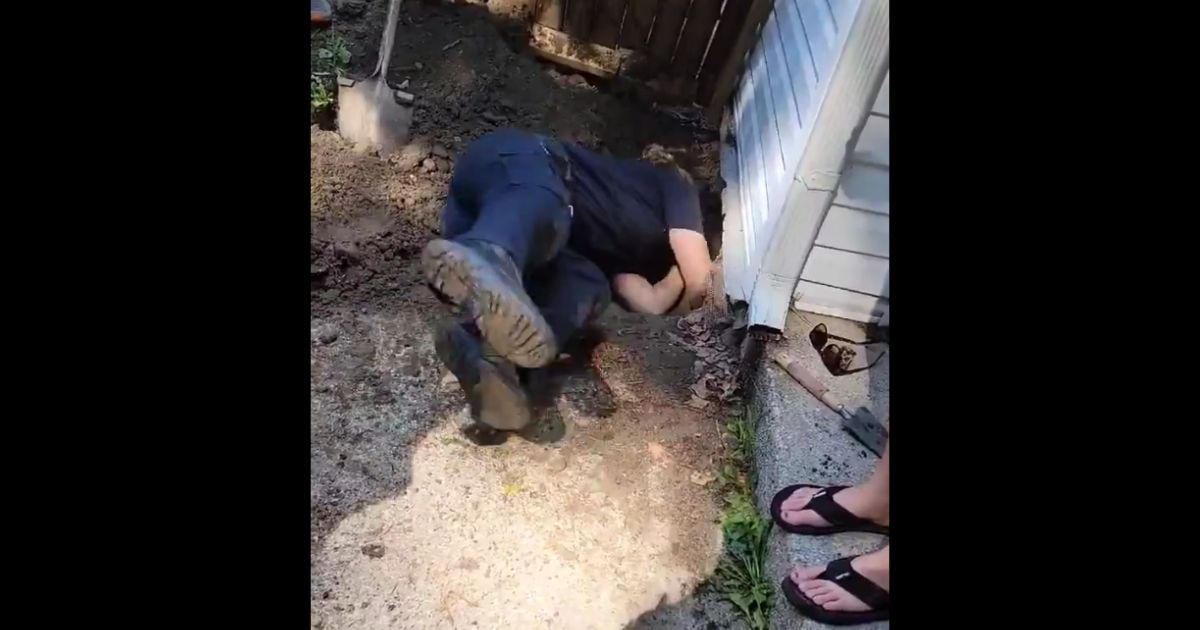 The following article, After Dog Manages to Dig Way Under Foundation of Home, Police 'Dog Whisperers' Called In for Rescue, was first published on Flag And Cross.

First responders put themselves on the front lines every day to help the people in their community. They see some of the worst scenarios play out before them, so when something a bit more lighthearted comes up on the job, it’s an opportunity for everyone to enjoy a little humor.

For the West Seneca Police Department in New York state, that involved a dog rescue, which took place Aug. 2 after a dog found its way under a house.

And updates did follow. Someone clearly had fun telling the tale as two officers worked to free the pup.

Buttercup somehow managed to make his way deep under the home’s foundation and can’t get out. Officer Rave is very concerned. Officer Pingitore is only concerned with looking cool. pic.twitter.com/7VdAUiHkAL

“Buttercup somehow managed to make his way deep under the home’s foundation and can’t get out,” the tweet read. “Officer Rave is very concerned. Officer Pingitore is only concerned with looking cool.”

Just out of reach. pic.twitter.com/mwTZQXcRaN

“We’ve brought in the heavy machinery,” a tweet update read. “Not a precision machine though as he just shoveled dirt on Officer Rave’s head.”

“In the spirit of the Summer Olympics a flashlight has been passed like a relay baton,” the next installment said.

“Hole needs to be larger. More digging. Some brainstorming going on.”

As people began following the rescue, the department was flooded with suggestions and encouragement.

“You can do it!” one person commented, adding the hashtag “savebuttercup.”

Jon Custard offered a suggestion: “Just have officer Pingitore pick up the house. Is this an option?”

SUCCESS! Buttercup has been saved. Gold medals for everyone. pic.twitter.com/XvCOwymtAg

Finally, after more digging and maneuvering, Officer Rave was able to catch the dog by the tail and pull her out of her predicament as onlookers cheered.

“Buttercup is OK!” read the final update. “She appreciates everyone rooting for her during this harrowing rescue. #savebuttercup”

All’s well that ends well, and while Officer Rave may have needed a bit of a cleanup, the rescue was a breath of fresh air for rescuers and viewers alike.

Continue reading: After Dog Manages to Dig Way Under Foundation of Home, Police 'Dog Whisperers' Called In for Rescue ...