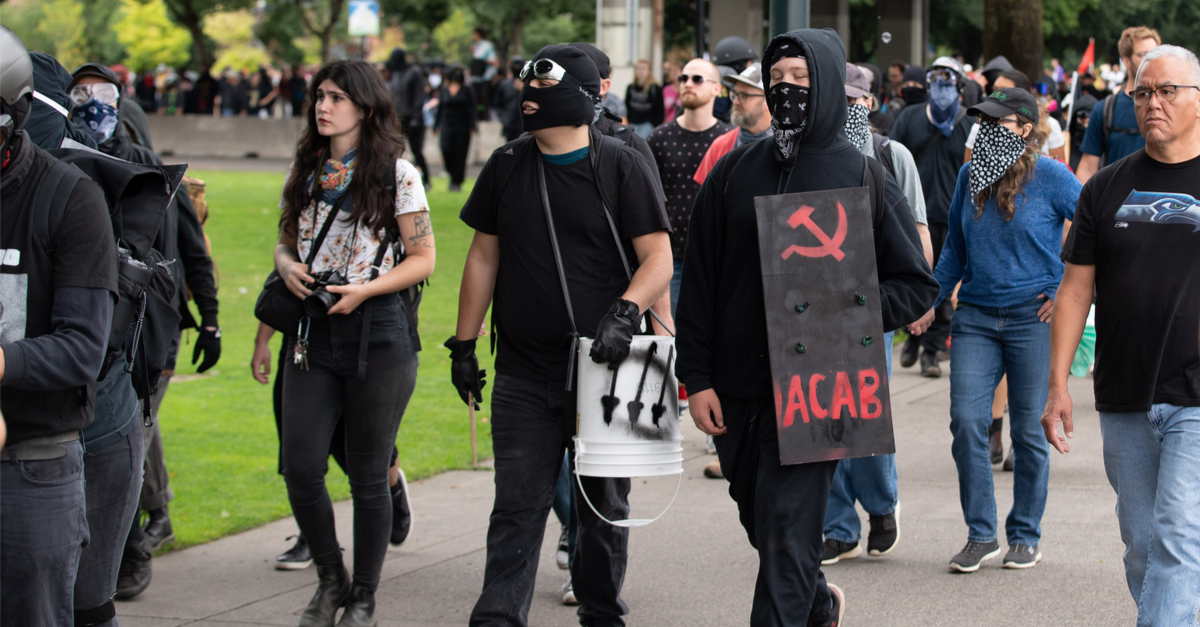 As our nation continues to slide ever further into political depravity in 2021, violence is everywhere.  We are seeing Americans target one another with the sort of ferocity and angst that we’ve only witnessed at a few other, terrible times in our nation’s history, and there is almost no end in sight.

One of the most notorious battlefields in this ideological war continues to be Portland, Oregon, where authorities have largely erred on the side of “free speech” in allowing nightly protests turn violent and chaotic.

This week saw some of the most intense fighting in some time, as Antifa first descended upon a prayer event.

Videos from Portland showed a crowd of demonstrators violently shut down an event where Christians gathered to pray on the waterfront – before another clash Saturday afternoon involved Antifascists and alleged Proud Boys members throwing projectiles at each other on a city street.

Police officers did not intervene in either confrontation – besides a squad car sounding its siren just feet away.

The first instance of violence happened Saturday at an open-air event planned at Tom McCall Waterfront Park near the Battleship Oregon Memorial to be hosted by Artur Pawlowski, a traveling preacher who’s been arrested in Canada for holding in-person worship services in violation of coronavirus restrictions. Several Antifa Twitter accounts tweeted about the planned event, the Post Millennial reported, and videos posted online showed that a crowd of demonstrators dressed in black bloc attire showed up at the waterfront to confront worshippers.

Dozens of people carrying black umbrellas and shields are seen spraying red and yellow gas at the group of worshippers, as other Antifa members steal sound equipment, lawn chairs and wagons left across the lawn by families who had come to listen to the pastor speak.

The fighting was soon trending on social media.

If you stand by and watch Antifa attack peaceful christians and you do nothing you're a coward! You deserve a beat-down same as Antifa pic.twitter.com/brP5ASvsmM

Shocking video recorded in Portland show a large group of antifa carrying shields & weapons move in to attack & shut down a family Christian prayer & worship event on the waterfront. Police did not intervene. pic.twitter.com/8JZuI1LPHo

These images are merely a symptom of a much larger sickness here in the United States, and we can only hope and pray that a cure comes soon.