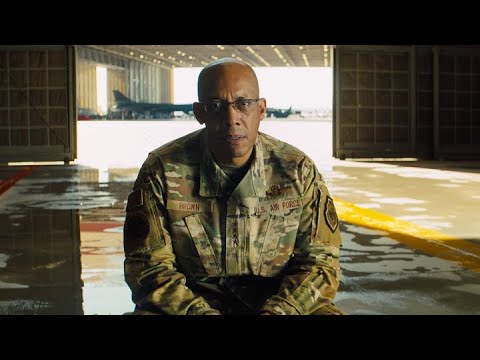 The following article, On Heels of Woke Army Recruitment Ad, Air Force Releases One That Has People Excited Again, was first published on Flag And Cross.

“When I’m flying, I put my helmet on, my visor down, my mask up,” Brown said.

“You don’t know who I am — whether I’m African-American, Asian-American, Hispanic, white, male or female. You just know I’m an American airman kicking your butt. I’m General C.Q. Brown Jr. Come join us,” he said.

“In the U.S. Air Force, whether you’re on the ground or behind the stick at 30,000 feet, what matters most is your skill set. And the enemy knows it. Regardless of your race, ethnicity or gender, what you bring to the mission every day is what makes this the most dominant air force in the world. And the enemy knows that too,” the chatter on the Air Force YouTube page reads.

The ad, titled “Helmet,” contrasts an Army ad titled “Emma,” in which Cpl. Emma Malonelord talks about how her mothers — strong female role models — influenced her decision to enlist, according to Military.com.

The comment section for the ads was disabled in YouTube after seeing “a significant uptick in negative commentary which … were not aligned with Army values,” said Laura DeFrancisco, spokeswoman for the Army Enterprise Marketing Office, according to Task and Purpose.

Perhaps a woke, emasculated military is not the best idea…. https://t.co/8aVFMW98NM

“Out of respect for our soldiers and their families, we have disabled the comments.”

Brown’s ad began with a script, but the words were his, according to Military.com.

He said he spoke with the director and recalled comments that got to the heart of his view of recruiting.

“When I get in the airplane and I put my visor on and put my mask up, you don’t know if I’m African-American, you don’t know who I am,” Brown said during an interview in Washington, D.C., on Friday, according to Military.com.

“Earlier this year, at a women’s forum, I said essentially the same thing. The director said, ‘I think we want to take that.'”

Brown said his goal is to demolish “any type of barriers” for recruitment.

The YouTube ad has been viewed more than 126,000 times as of Sunday.