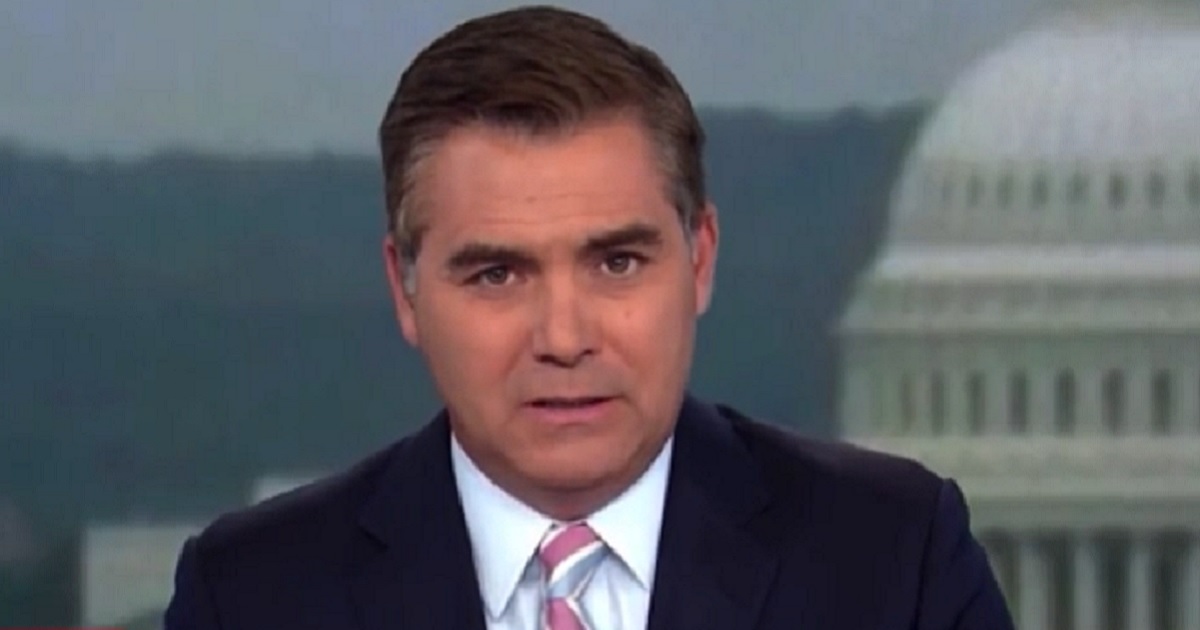 You know the drill when it came to calling COVID-19 the “China virus” or “Wuhan virus.”

Remember? It was “defaming China.” It was bigoted. Xenophobic. A dog-whistle. It bred violence. It othered an entire race. It contributed to hate crimes against Asian-Americans. I mean, not that there’s necessarily evidence for any of this — but it’s patently obvious, right?

It’s worth noting one of the first voices in the media to express grave concern over the nomenclature of COVID-19 was CNN’s Jim Acosta, then acting as the network’s chief White House correspondent. Last March, then-President Donald Trump gave an Oval Office address in which he addressed the seriousness of the then-incipient pandemic and announced a European travel ban.

However, Acosta said one part of the speech was “going to come across to a lot of Americans as smacking of xenophobia.”

“The president referred to the coronavirus as a ‘foreign virus,’ that I think was interesting because, I was talking to sources earlier this evening, one of the points that the president wanted to make tonight, wanted to get across to Americans, is that this virus did not start here, but that they’re dealing it,” Acosta said.

“Now, why the president would go as far to describe it as a foreign virus, that is something we’ll also be asking questions about.”

Jim @Acosta says it is “going to come across to a lot of Americans as smacking of xenophobia” with regards to Trump pointing out the coronavirus started out in Wuhan, China. pic.twitter.com/CFs1GVm3dt

Trump’s comments — as well as anyone else who ever called it the “China virus” or “Wuhan virus” — have widely been scapegoated as the prime mover behind a spike anti-Asian hate crimes, even though nobody can produce any evidence of a causal link and the surge in attacks against Asian-Americans that have been happening primarily in major cities — where support for Trump, the GOP and their agendas are sparse at best.

However, if you told Jim Acosta that widespread use of the phrase “China virus” or “Wuhan virus” motivated violence or hatred against Asian-Americans, it seems doubtful he’d disagree. At CNN, you’d doubtlessly find enthusiastic endorsement of that thought.

So why is it OK for Acosta to suggest we call the delta variant the “DeSantis variant?”

On his Saturday afternoon show on CNN (see also: fallen, oh how the mighty have), Acosta fulminated against GOP politicians who were resisting Democrat-backed COVID measures like vaccine and mask mandates — in particular Florida Gov. Ron DeSantis, whom Acosta criticized for selling “Don’t Fauci my Florida” merchandise on his campaign website, according to The Hill.

“People should not have to die so some politicians can own the libs. They’re not owning anybody,” Acosta said. “But they may end up owning the pandemic, because they’re prolonging it.”

“Perhaps it’s time to start naming these new variants that may be coming out after them,” Acosta said, referring to the GOP politicians. “Instead of the delta variant, why not call it the DeSantis variant?”

“We can sell beer koozies that say ‘Don’t Florida my Fauci’ [sic] and use the money to pay for all the funerals in the days to come.”

Acosta: People should not have to die so some politicians can own the libs. They’re not owning anybody but they may end up owning the pandemic because they’re prolonging it. Perhaps it’s time to start naming these new variants that may be coming out after them… pic.twitter.com/1xfTUGY1rt

Acosta’s broadcast Saturday brings him back to the spotlight, however temporarily, if just because it raises an obvious question: If naming a virus after some place or someone invites mindless violence, as we’ve been told, then what are we to gather about Acosta saying we ought to call the delta variant the “DeSantis variant” and arguing the governor is responsible for the deaths it causes, all because he won’t implement Democrat-backed policies?

Let’s say this moniker somehow takes off, against all odds (someone would have to have been watching CNN, for starters). If someone attacks a DeSantis supporter, will we hold Acosta responsible? If, heaven forfend, someone attempts to harm the governor, will Acosta share in the blame?

And let’s not pretend we’re talking hypotheticals here. Remember, it’s only been four years since someone who took the Democrats’ rhetoric a bit too seriously almost killed GOP Rep. Steve Scalise on a baseball field in the Washington, D.C., suburbs — and the gunman intended to kill many others.

Why even invite the danger — if, of course, one truly believes the term “China virus” inspired attacks against Asian-Americans? Acosta should know the purported peril better than most, having spent the past year-and-a-half in a newsroom where a connection between that appellation for the novel coronavirus and hate crimes was considered a foregone conclusion despite the absence of the most tenuous of links.

I’ll stop laying it on thick rhetorically and state the obvious:

Neither Jim Acosta nor anyone at his network seriously believed or believes there was ever any real link between referring to the virus by its place of origin and assaults against Asians. It made for great copy, sure: Dour-faced anchors and pundits would repeatedly adduce a relationship between conservative rhetoric and xenophobic violence.

Did these attestations have to cohere with the facts? Uh, no, because that wasn’t the point.

The explicit admission of this fact, I believe, came on Saturday when CNN letAcosta go on air and call the delta variant the “DeSantis variant.” It doesn’t matter that it was part of a bit; or that the delta variant originated in India, not inside the corpus of Ron DeSantis; or that no one still pays much attention to Acosta, a man whose Roland Burton Hedley III impression wore out its utility on Jan. 20, the day Donald Trump left office.

It was all a talking point. It was always a talking point. Jim Acosta knew that in March of 2020. He knew it on Saturday. He’s counting on you — depending on where you fall on the political spectrum — to either forget or simply not care.

Yes, you could name it after Desantis and call it, We the People, have had enough!