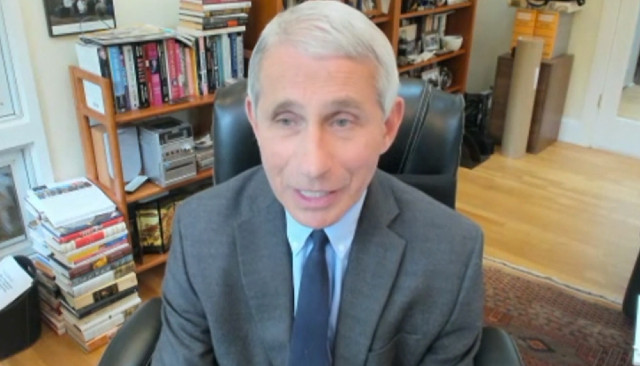 With the COVID crisis having returned to the forefront of the American psyche in recent weeks, the amount of finger-pointing that we’ve seen both culturally and politically has been absurd.

This resurgence is frustrating for a great many reasons, but particularly on account of the fact that Americans had just begun to get their lives back to normal when the delta variant hit.  We were so close to tasting the freedom that we had back in 2019, that the sudden detour into the path of precaution feels like a big step backward for us.

The tension has been high among Americans too, with many looking to their fellow countrymen to do more to stop the pandemic from worsening again.  That’s why large gatherings, like former President Barack Obama’s 60th birthday party, have been drawing criticism from the media.

But the nation’s top infectious disease doc wasn’t too worried about that.  He was more concerned with a mostly-outdoor motorcycle rally in South Dakota.

From a Sunday appearance on Meet The Press:

Anchor Chuck Todd said, “You’ve brought up regionally the South. Out in the plains, the Great Plains, Sturgis, South Dakota, a gathering now of some 700,000 people. Last year it was a smaller turnout, and it was over about 150,000 people, and it led to a massive outbreak in the Dakotas where they became number one and number two for essentially the rest of the calendar year of cases. What do you expect this rally to do to that part of the country?”

Fauci said, “I’m very concerned we’re going to see another surge related to that rally. To me, it’s understandable that people want to do the kind of things they want to do. They want their freedom to do that, but there comes a time when you’re dealing with the public health crisis that could involve you, your family, and everyone else, that something supersedes that need to do what you need to do. You’re going to be able to do that in the future, but let’s get this pandemic under control before we start acting like nothing is going on. Something bad is going on. We’ve got to realize that.”

The Sturgis rally is a longstanding tradition among motorcycle enthusiasts, and was similar derided by Fauci and others during its 2020 iteration as well.

No wonder Dr Fauci is called the Bernie Madoff of Science.