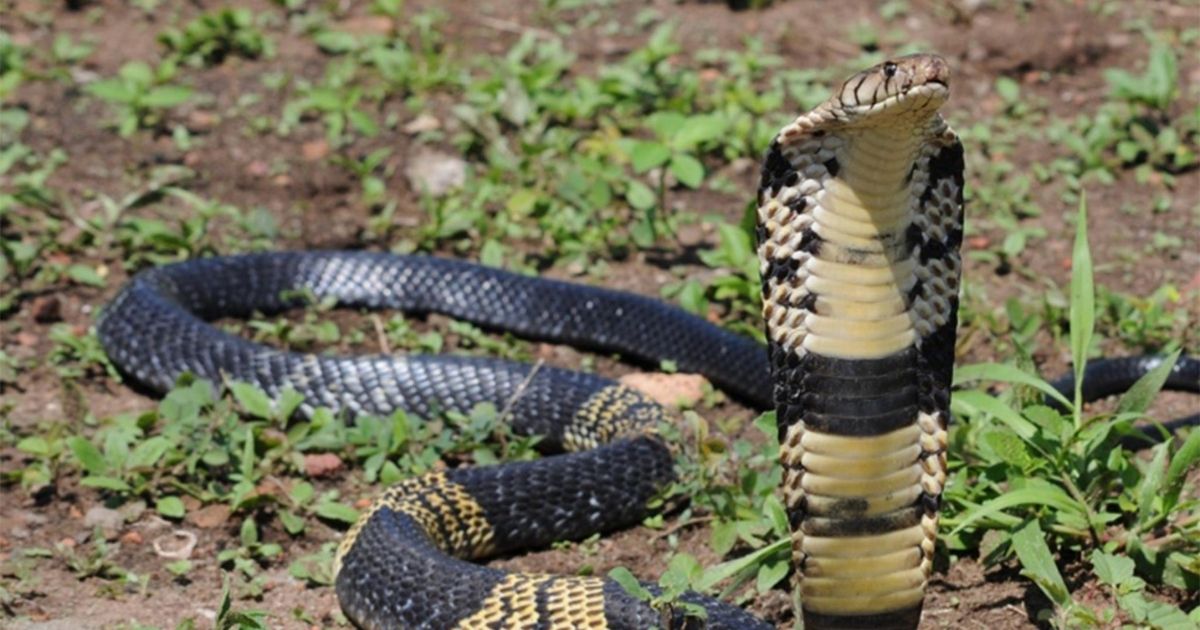 The following article, Police Warn Residents of Texas Town: Watch Out for Venomous Snake on the Loose, was first published on Flag And Cross.

Most pet owners prefer fluffy, cute animals — it’s only a handful of people who are devoted to the venomous ones.

After a mishap in Grand Prarie, Texas, one of those venomous pets is on the loose.

Tre Mat was properly permitted to own his 6-foot cobra, but while he was working on a new enclosure for it, the snake escaped and vanished on Tuesday evening.

“I feel very bad for the community and everything, for the fears that they have to go through,” he said, according to Fox News.

Mat searched for the deadly snake to no avail. Even a professional snake catcher and Grand Prarie Animal Services came to scour the neighborhood.

The owner said it got loose after a “cage malfunction” on Tuesday. pic.twitter.com/p6DVCjat2G

The Grand Prarie Police Department posted a warning about the lost reptile on Facebook.

“On Tuesday, August 3, 2021 at around 6:30 P.M., Grand Prairie Animal Services responded to a report of a missing snake,” the post reads. “The owner noticed his venomous West African Banded Cobra snake, permitted by the State of Texas Parks and Wildlife Department, missing from its enclosure around 5:00 P.M.”

The department said area hospitals had been alerted.

“GPPD has also been in contact with the Texas Parks and Wildlife Department related to policy and procedures on the permitting of venomous snakes in residential areas.”

While Mat believes his snake has died, authorities are still warning people to keep their eyes peeled.

“We don’t know if the snake is long gone or if the snake is still in the house, but we have not been able to locate it,” Grand Prairie official Mark Beseda said, according to CNN. “We haven’t got anything on it. No sightings, or tips or calls on different snakes.”

While Mat feels bad for the commotion he caused, he knew it was his duty to alert the proper authorities.

“I wanted my community to feel safe,” he told KTVT. “And yeah, it’s required. I’m required as a permitted citizen to call my community if something’s a mishap.”

Mat has not been charged, but police are looking into the case to determine whether he violated any laws.

Wildlife official Randall Kennedy said as long as the snake is left alone, there should be no injuries.

Continue reading: Police Warn Residents of Texas Town: Watch Out for Venomous Snake on the Loose ...