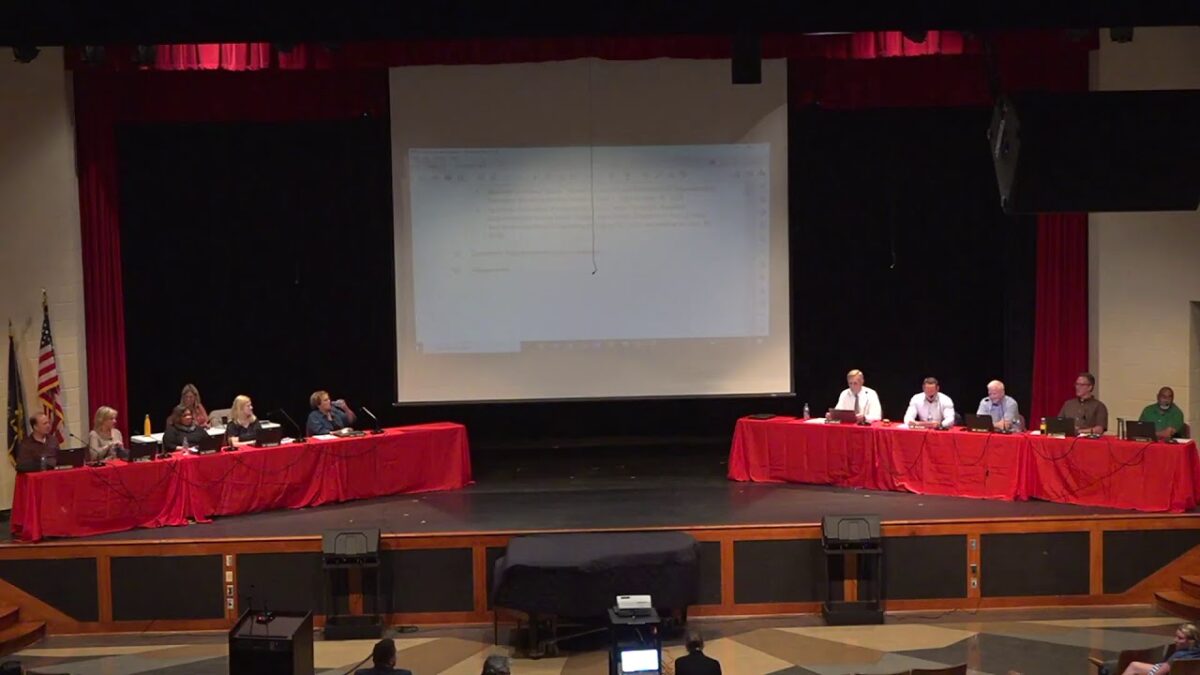 The following article, Watch: After Describing Homeland 'Ravaged by Communism,' School Board Compels Police to Remove Woman, was first published on Flag And Cross.

This year, there has been a widespread backlash to the philosophy of critical race theory, which has infiltrated popular culture and public school classrooms alike in recent years.

Yet the response to this backlash from its proponents is often fallacious at best, asserting that those who oppose critical race theory are simply white people who refuse to confront their own inherent racism and — this is the outrageous part — simply don’t want the harsh reality of slavery and racism to be taught in American classrooms.

This is as ludicrous as it is errant. As it happens, a number of parents of various ethnic groups and national origins have been pushing back against the ideology, none more so than survivors of communism who warn that critical race theory is significantly more divisive than it is healing for a nation with a history of systematic racism.

Our nation’s history ought to be taught exactly as it is, from the human rights abuses to the civil rights victories. This is because American history, when taught in full, speaks for itself, and tells the story of a nation that has, despite all its flaws, provided more prosperity and opportunities for people of all origins, colors and creeds than any other nation on earth.

This is why the world’s poor, huddled and oppressed masses still flock to our shores to this day, and why many proud immigrants defy the leftist narrative by expressing their deep love and appreciation for our diverse nation.

So how must it feel for them to be shut down by those to whom their narrative is inconvenient, after everything they have faced in their respective nations of origin?

Well, one Iranian-American mother who survived the Islamic nation’s communist revolution is telling us exactly what it feels like, and she is not pleased.

Who can blame her?

Anita Edgarian, like many West Chester, Pennsylvania, parents, attended her local school board meeting in late July to voice her concerns about critical race theory from the perspective of one who has witnessed totalitarian ideology first-hand.

However, local groups are now calling for school board president, Chris McCune, to step down after he rudely shut her comments down, grabbing the microphone away from her as she was making her comments once her allotted time was up.

“I grew up during revolution,” Edgarian said when she initially addressed the board. “My motherland has been ravaged by communism and I left the Islamic country that was hunting us down.”

The passionate mother described her new home, where her children have a diverse range of friends, as an “International House of Pancakes,” and although she said the outgoing school superintendent had done a great job for 12 years, Edgarian said he was “leaving a mess” in his wake.

“You have brought division to us!” she declared, to cheers and applause from many in the crowd. As she continued with her emphatic criticism of the direction the school board had taken, McCune, who had previously allowed parents to exceed their two minutes of speaking time or very politely urged them away from the microphone, told her, “Anita, you’re at time.”

“No, no!” she objected, to which he rudely insisted, “Yes, you are,” and stood up aggressively, walked up to her, grabbed the microphone on the podium away from her, and angrily told her to go.

Just before he snatched it away, however, she got in the final question, “I want to know, are you going to teach CRT to our teachers?”

McCune’s actions were met with boos from the audience as he tried to get Edgarian to leave. After the mother stood her ground, McCune motioned for a security officer to escort Edgarian out. The board president then angrily walked back to his seat, but not before turning to hurl more fiery remarks at Edgarian.

In contrast, McCune allowed the very next speaker to talk an additional 20 seconds after he gave her a gentle 10-minute warning.

McCune is now facing calls for his resignation or to attend anger management over the incident.

“In our opinion, Mr. McCune should have handled this in a professional manner,” the Republican Committee of Chester County, Pennsylvania, wrote in a letter, according to National Review. “Since he refuses to apologize for his behavior, we, and others in the West Chester community, are calling for his resignation from the board … If he refuses to resign, then he should be required to attend anger management counseling at a minimum.”

“By the time I asked that question, he was already coming toward me,” Edgarian told Fox and Friends after the incident. “And so that’s a clarification because my parents have raised me better.”

She explained that she has friends who hold different beliefs, and is concerned that the divisive teachings of critical race theory will cause children to feel as though they cannot talk to those with whom they may disagree ideologically.

We should take very serious heed from the warnings of those like Edgarian, who has witnessed the kind of division and extremist ideology that has so quickly crept in and invaded all facets of public life in our own country.