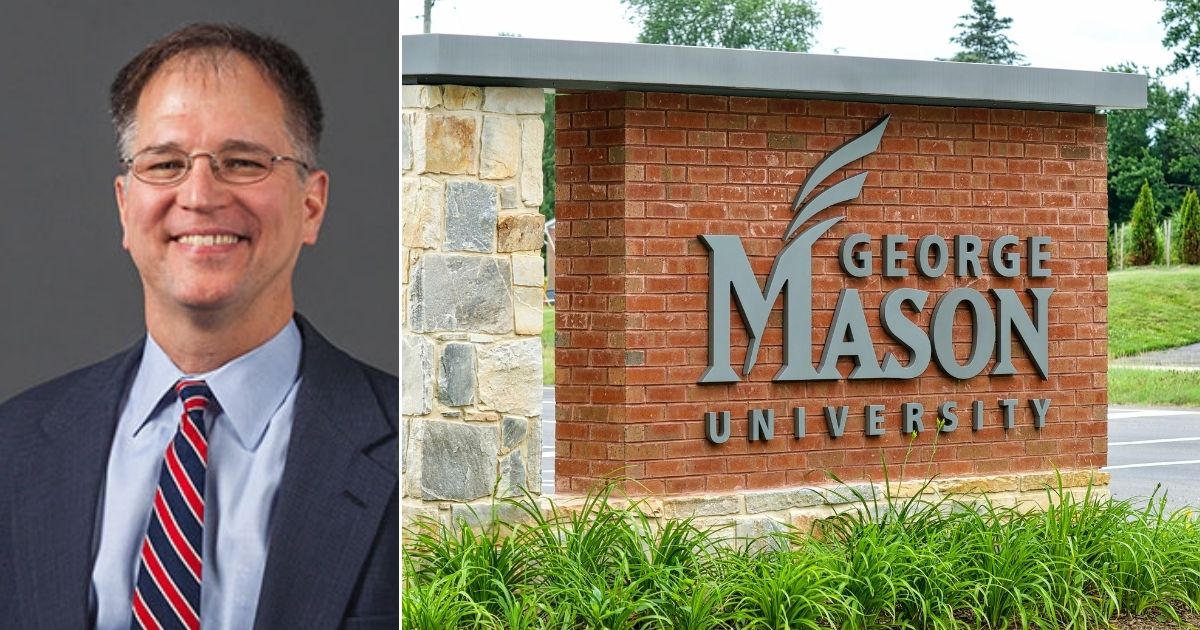 The following article, Prof Becomes Campus Outlaw, Puts Everything on the Line to Fight Draconian COVID Rules, was first published on Flag And Cross.

A professor at George Mason University in Virginia is suing the school for attempting to force him to get a COVID vaccine, despite the fact that he is already immune from the coronavirus after having contracted it.

The school is playing hardball with students and faculty members who refuse to get vaccinated. Those who do not comply and get the shots by the time class starts this fall face being punished, and teachers and staffers might even be fired.

In a federal lawsuit filed on Wednesday by the New Civil Liberties Alliance, a nonpartisan, nonprofit organization that aims to “protect constitutional freedoms from violations by the Administrative State,” GMU is accused of violating not only Zywicki’s rights but also “common sense.”

“Common sense and medical science should underpin GMU’s actions,” NCL attorney Harriet Hageman said in a statement. “Both have gone missing with this latest effort to force a distinguished professor to take a vaccine that he does not need — not for his own protection nor for anyone else’s safety at Scalia Law School.”

Zywicki said his doctor has advised him against taking a COVID vaccine and that he has had multiple blood tests proving he has antibodies to presumably protect him from either contracting or spreading the virus. Some have argued that natural immunity is stronger than that supposedly offered by mRNA vaccines.

His lawsuit says getting vaccinated while already being immune is unsafe.

The science remains unsettled on most matters in relation to the coronavirus, its supposedly menacing new variants and exactly how effective these vaccines are.

What also isn’t settled, at least not at GMU, is that Americans are born free with inalienable rights. Among them is the right to choose what is best for their health.

It was one of those new variants that led school administrators to institute this draconian mandate.

In a letter to faculty, staff and students on July 22, GMU President Gregory Washington warned of the dangers he said were posed by the delta variant.

“Mason is joining the growing community of universities that require all students, faculty, and staff to get vaccinated, and to share verification of their vaccination status, in order to work, study, and live on campus,” Washington said. “We will, of course, approve appropriate exemptions for medical and religious reasons.”

Washington also signaled that he will use his campus to make pitches for pharmaceutical companies and the Biden administration.

“Vaccines are available on the first floor of the Johnson Center on the Fairfax campus,” he said. “They are also widely available through community clinics and healthcare providers. Visit vaccines.gov to locate vaccination providers nationwide.”

This is all so peculiar, because not so long ago it would have been nearly impossible to imagine an institution for higher learning pimping itself out to corporations and big government. Apparently, COVID has sent almost every liberal in the country off the deep end.

Zywicki doesn’t have a religious or medical exemption, so he’s being pressured by his employer into putting something into his body that he believes is unnecessary and unsafe. He doesn’t appear likely to comply.

No one should comply with such an intrusive assault on civil liberties.

No matter what becomes of the professor’s employment or his lawsuit, it’s reassuring to know at least one person embedded in far-left academia not only is still a free thinker but is willing to stand up to groupthink and the insanity that has taken over our country’s institutions.

Universities are supposed to help encourage students to sharpen their minds by encouraging them to think critically and to challenge unchecked power.

GMU sounds like it has an excellent man on staff right now capable of teaching young people to go out into the world and be whatever change they want to see in the world.

Sadly, his refusal to bow down and accept a vaccine that has not been approved by the Food and Drug Administration might get him fired.