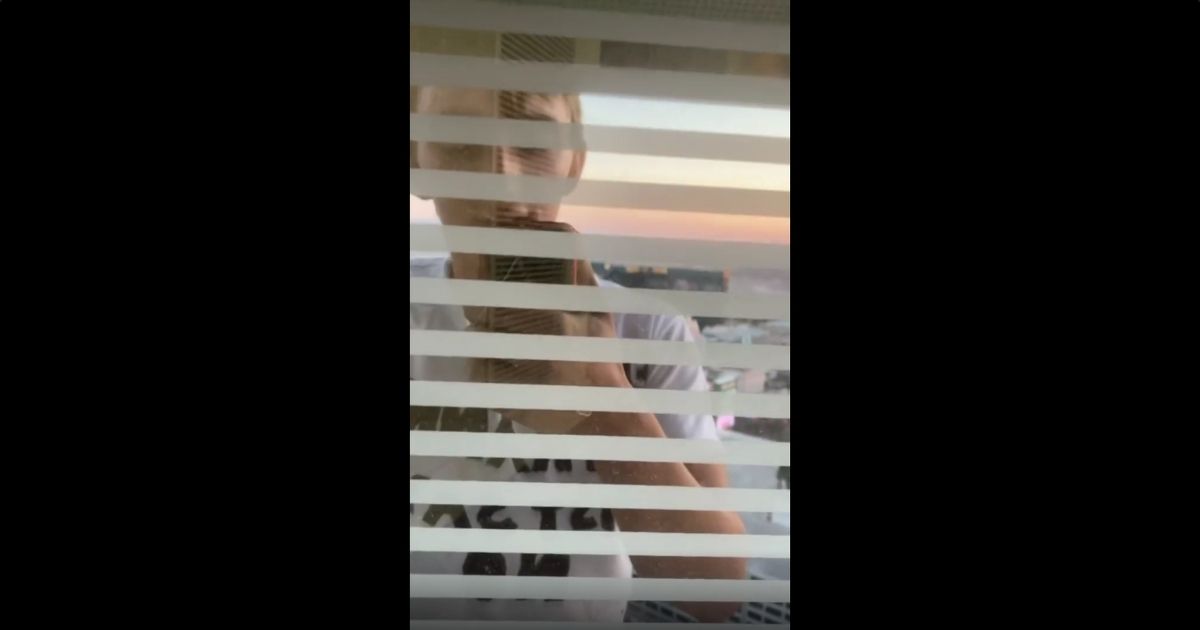 The following article, Onlookers Horrified as Man Pulls Daredevil Stunt in Protest of COVID-19, was first published on Flag And Cross.

Think you’re upset about COVID-19 mandates coming back with a vengeance?

You might be. In fact, you probably are, but it’s safe to assume you’re not going to protest them by scaling a 60-floor hotel.

If you’re like me, you’re probably wondering why anyone would do something so reckless anyway. Can’t daredevils just protest like everyone else? Unfortunately, that doesn’t garner as much attention — and it’s safe to say the pandemic is close to driving all of us to our breaking points.

Perhaps the climb was a liberating gesture — a stark contrast to the restrictive pandemic protocols we’re witnessing in yet another authoritarian wave.

But the appropriate person to ask about this elaborate display would be Las Vegas rock climber Maison Des Champs — after all, he knows from experience.

According to the Daily Caller, Des Champs scaled a 600-foot Strip hotel to protest local and nationwide COVID-19 mandates on Tuesday morning.

What’s worse? He did it without a rope.

“These new mandates are a threat to our freedoms and a threat to our civil liberties,” he said in a video recorded during the climb. “Fifteen days has slowly turned into 400-something, and now is the time to draw the line.”

His assessment of the “15 days to flatten the curve” lie is spot-on despite his protesting methods being rather … unique.

When Des Champs reached the top of the Aria hotel after climbing over 60 floors, police were already waiting to make their arrest for one count of trespassing not amounting to burglary and one count of disorderly conduct, the Las Vegas Review-Journal reported.

He was released before noon that day with “no regrets.”

“The climb wasn’t as big of an accomplishment as the courage it took for me to do it,” Des Champs said.

“I knew I was going to get arrested, and I took the risk because this is important to me. Wearing a mask, staying at home, those are choices that each person should be allowed to make.”

Though it may sound like an odd comparison, what he’s getting at here makes a little more sense if you think about it.

He expected to face the consequences of his actions — which others would deem reckless — much like those who dare to defy yet another round of stay-at-home mandates. Heaven forbid you remain maskless in the process as well.

Really, the government has driven us to this point. As we approach every red line they’ve drawn so far, it becomes erased and another one assumes its place.

Think of the entire “get vaccinated and you can go maskless” narrative.

Better yet, think back to the “15 days to flatten the curve” narrative from March of last year. How did that work out?

And, to make matters worse, officials want us to recreate the same measure to “combat” the more contagious, more deadly delta variant.

We can assume this won’t be the last variant that comes along just as we can assume these mandates will never end — unless we take a stand.

“I don’t expect everyone to agree with me,” Des Champs told the Review-Journal. “COVID is dangerous, and masks aren’t that big of a deal, but it’s what they stand for: a loss of freedom and personal choice.”

In light of the insane displays shown by those willing to embrace the same failed ideas that didn’t work before, Des Champs’ act of protest might not seem so unreasonable in the grand scheme of things.

After all, he’s trying out a “novel” form of protesting to see if it garners any attention to his cause. And it worked — unlike the mandates he’s criticizing.