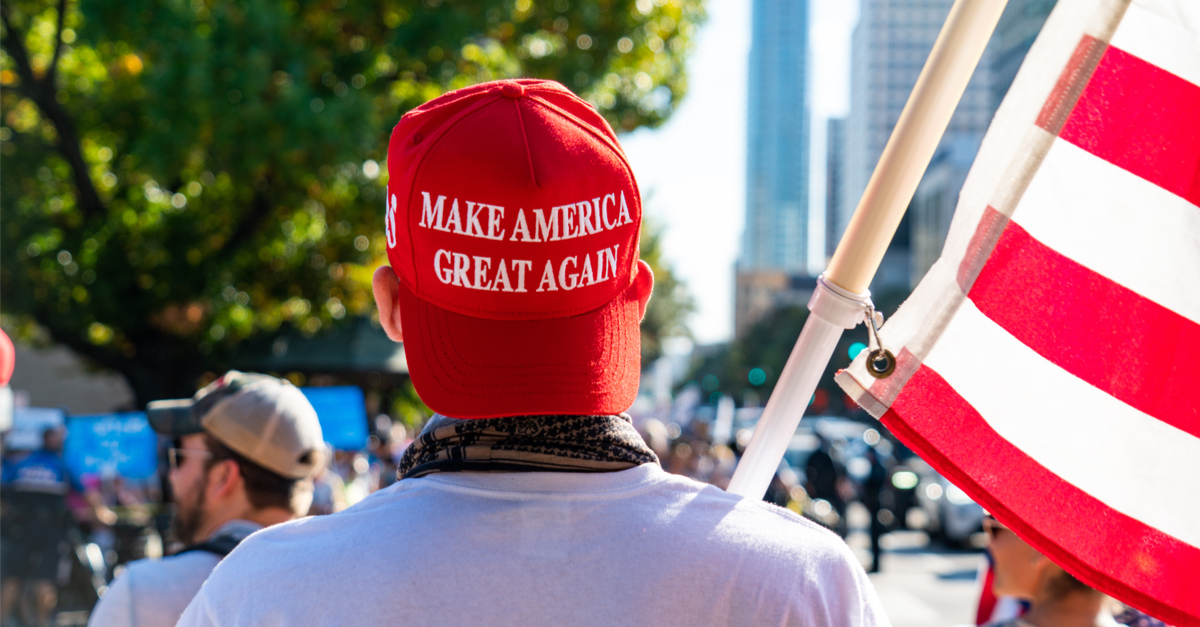 The following article, MAGA Plans Return to Capitol for Clever Public Relations Maneuver, was first published on Flag And Cross.

All the world’s a stage, and we are merely actors upon it.

This is a sentiment that has long been handed down through the eons, sometimes spoken with the gravity of someone contemplating the very meaning of this existence, or with the frivolity and naïveté of a yet-to-be-downtrodden young person, staring out at the vast expanse of life ahead of them.

And, in some ways, this wistful allegory is very true.  We know that the imagery that comes into our mind stays with us and shapes the rest of our experience to come.

This is why, despite the knee-jerk concerns that arise when you hear that they’re planning another MAGA rally at the US Capitol, the idea is purely brilliant.

US Capitol Police said they are aware of a proposed rally that supporters of former president Donald Trump are planning in support of people who were arrested in connection to the insurrection on 6 January.

Matt Braynard, who was the data chief for Mr Trump’s campaign, told former White House strategist Steve Bannon on Mr Bannon’s podcast about a planned rally at the Capitol on behalf of “political prisoners” who were arrested for their actions on 6 January.

“We’re going back to the Capitol, right where it started. And it’s going to be huge,” Mr Braynard said. “We’re going to push back on the phony narrative that there was an insurrection.”

A spokesperson for the US Capitol Police said they cannot provide permits or details about security plans.

We can see in the quoted text how the media is already trying to spin this as a threat.  They took statements from police, which itself implies the potential for trouble.

Furthermore, allowing the vagueness of the permitting details to remain gives the reader a sense of uncertainty over what could come next.

But this is because nearly 100% of our memories involving a large, pro-Trump crowd at the Capitol are violent and worrisome.  We have but one truly universal example to go by.  There is only one singular event that the entire nation can use to steer their thoughts on the idea.

Yes, this sounds like a detriment to the MAGA movement, but it is not.

You see, this demonstration is undoubtedly going to be covered by every television-news camera possible.  Anchors and reporters will be on-site, and there will be social media deluges entering our feeds.

If the protest remains peaceful, then this imagery, blasted out to the world at large en masse, will dilute the imagery we hold in our minds of January 6th.  We will be able to look at the Capitol against a sea of red hats and choose to remember an event that was not chaotic.

This is a marketing trick, and a well-trusted one at that.  The MAGA Movement can dull the untoward perceptions that the nation has toward them through flooding our national narrative with mundane, peaceful, and frankly bland action.

The more, the better, as it reduces the impact of the optics from January 6th little by little, each time.