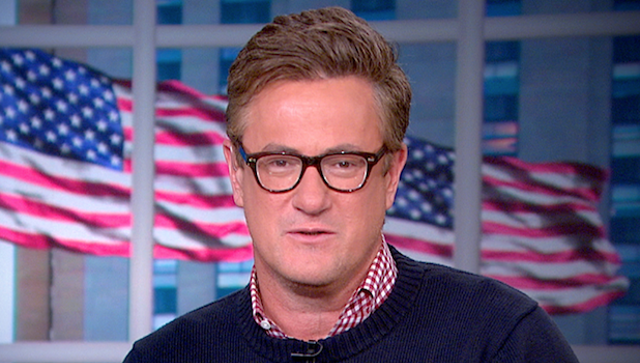 For as often as the mainstream media attempts to shame politicians and their peers over offensive stereotyping, you would think that they would know better than to blatantly engage in the practice themselves…or maybe not.

The latest example of a talking head decided that they wanted to attack the American people with blatant geo-societal insults comes to us from MSNBC, and talking head Joe Scarborough.

The longtime anchor and former Congressman was throwing serious shade at Florida Governor Ron DeSantis when he decided the the entire southeast needed to be defamed while he was at it.

The MSNBC host focused on the recent press conference held by DeSantis on Wednesday where he responded to President Joe Biden’s attacks on his management of COVID-19 in his state. During the conference, DeSantis also called out Biden’s lack of response to the ongoing crisis along the southern border.

“Joe Biden has taken to himself to try to single out Florida over COVID. What is his big solution? What is he so upset about Florida?” DeSantis said. “His solution is he wants to have the government force kindergarteners to wear masks in school. He thinks that should be a decision for the government. Well I can tell you that in Florida, the parents are going to be the ones in charge of that decision. So why don’t you do your job, why don’t you get this border secure, and until you do that, I don’t want to hear a blip about COVID from you.”

Then came the offensive southern pseudo-slur.

Scarborough, who served as a Florida congressman from 1995 to 2001, immediately mocked this response, claiming DeSantis was attempting to fool his unintelligent followers.

“I mean, who, who was he talking to? Cletus the slack-jawed yokel? Like who, who was really fooled by that?” Scarborough fired back.

Then again, it is Scarborough’s job to incite emotional reactions from his viewers, in order to keep them interested through the commercial breaks that pay his salary.