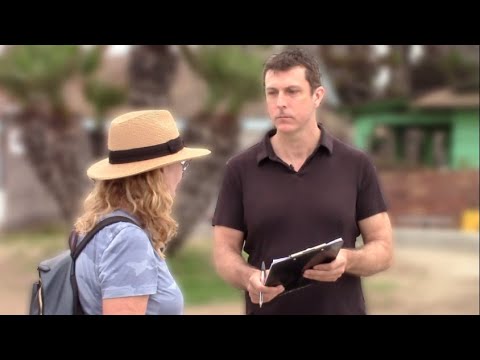 The following article, Insanity: Watch Americans Sign Petition to Arrest and Jail the Unvaccinated, was first published on Flag And Cross.

Is there any hope at all for America’s future?

Dice interviewed scores of people in Southern California while holding a fake petition and asked questions such as, “Do you think people who refuse to take a COVID vaccine should be arrested?”

An alarming number of those he interviewed in San Diego signed a petition they thought might lead to jail for those who haven’t been vaccinated. Some of them even agreed with Dice’s obviously satirical statements challenging one’s rights to medical choice and body autonomy.

“I don’t wanna hear any of this ‘My body, may choice’ stuff in today’s new world order. We’re going to put things right,” Dice said to a man who was unaware of his sarcasm and his twisting of the left’s common language on abortion.

The man agreed with it, saying, “I feel you.”

“So, we’re going to start having them arrested if they refuse,” Dice said to another woman.

Her response? “I agree,” she said.

When encountering one couple, Dice managed to keep a straight face when he said, “Some people are concerned about any possible long-term side effects that haven’t shown up in [vaccine] studies yet. But the time to worry about that is in the future. So, for now, they can worry about that in jail if they refuse to take the vaccine.”

“It’s time for some firm measures to take care of these people,” he added.

Dice could barely finish those sentences, as one of the people he spoke to interrupted, and at one point said, “I just can’t believe [the unvaccinated] don’t get it.”

On the subject of vaccine passports, Dice corraled one woman into admitting that she hopes to see people who refuse the shots exiled from stores and thrown in jail. The woman signed his petition with excitement.

There were a few bright spots in Dice’s video, as some people were revolted by the idea of seeing others locked up for not taking the vaccine. Dice was called a “scumbag” by one person, while another refrained from signing the phony petition.

But too many people on the streets of San Diego were all too happy to think they were helping to contribute to creating a system of jails or camps for those among us who believe in choice. Sadly, those people are not outliers.

It’s feeling more and more as though the federal government, academia, corporate America and sports and entertainment share the same views as those lost souls in this video.

We’re living in two distinct Americas right now, which you know if you have been paying attention. Dice is just showing us how far the divide has grown.