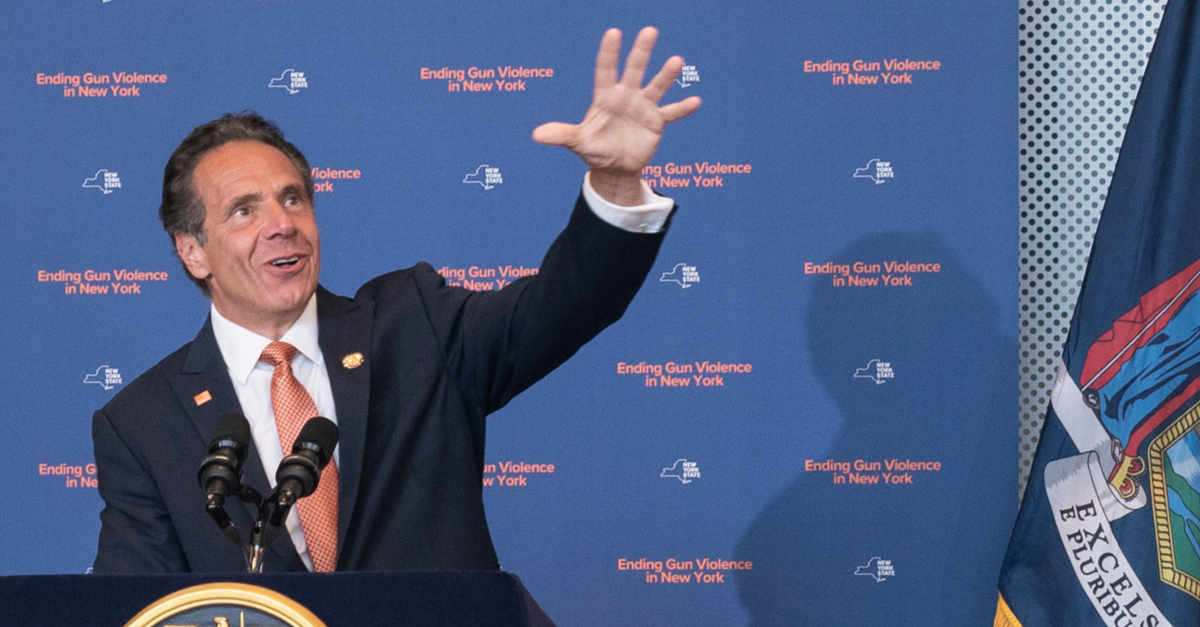 The following article, Creepy Cuomo Faces Arrest as Criminal Charges Filed Against Him, was first published on Flag And Cross.

The people New York, (and the nation at large), have been saying it for months:  Andrew Cuomo’s time is up.

The New York State Governor has been thoroughly entrenched in a number of incredibly damaging scandals of late, targeting some of the most vulnerable victims that he possibly could.

First, there was his decision to send sick COVID patients into the NY nursing home system during the early days of the coronavirus pandemic, which caused an unknown number of deaths among the critically at-risk populations of these facilities.

And, as if putting so many families through so much grief wasn’t enough, Cuomo then tried to conceal the full scope of this dastardly decision.

Just weeks after that scandal threatened to derail his political career, Cuomo began facing a deluge of complaints of sexual abuse and sexual harassment, many from women who had worked in close proximity to him, or even for him.

Now, one of those accusers has filed criminal charges against the Governor, and experts agree that we could see Cuomo in cuffs.

An assistant to Gov. Andrew Cuomo who has accused him of groping her while they took a selfie together filed a criminal complaint against him with the Albany County Sheriff’s Office, The Post has learned.

The victim, who was identified as “Executive Assistant #1,” in Attorney General Letitia James’ sexual harassment report, filed the complaint during a brief Thursday afternoon meeting with sheriff’s officials, who have since contacted the Albany County District Attorney’s office, Sheriff Craig Apple told The Post.

Apple said it’s possible the governor could be arrested if the allegations are substantiated.

“The end result could either be it sounds substantiated and an arrest is made and it would be up to the DA to prosecute the arrest,” he said.

“Just because of who it is we are not going to rush it or delay it,” he added.

Cuomo has repeatedly rejected calls for his resignation, despite the fact that some of those calls have come from the White House.

Talk is cheap. Actions will prove these elitest politicians are not above the law.