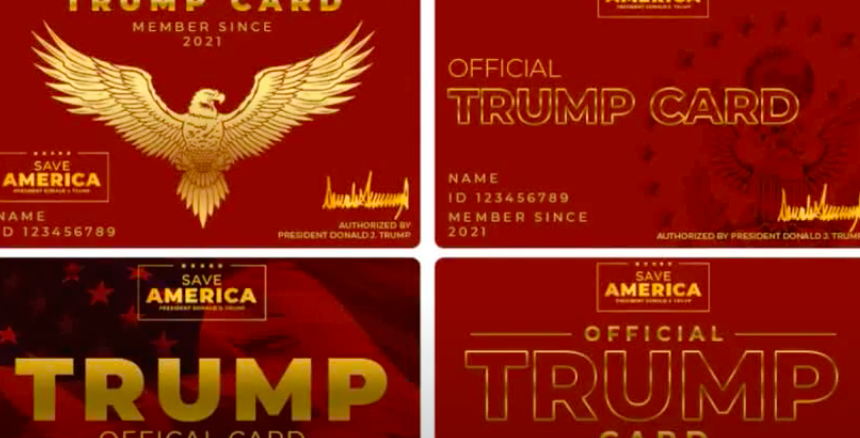 As the Republican Party continues to stumble down the divisive path that they are on, it is becoming clear that two main camps exist at the moment:  The centrist, old-guard GOP, and the MAGA Movement, with the latter being far more enthusiastic and vocal than the former.

This division could mean the difference between taking the House back from the Democrats in 2022, as former President Donald Trump continues to exert his influence over the Republican Party.  Those who defy him often have trouble getting or staying elected, and this will likely remain true through ’22.

Now, in a move that will almost certainly boost a sort of tribal loyalism among the Trump faithful, the organizations that support his political endeavors want The Don’s supporters to be card-carrying members of the MAGA machine.

Trump’s PAC sent two emails on Wednesday asking supporters to get on board with carrying the red-and-gold cards, which look like credit cards and bear the former president’s signature.

“The card you select will be carried by Patriots all around the Country,” the first email said. “They will be a sign of your dedicated support to our movement to SAVE AMERICA, and I’m putting my full trust in you.”

The Trump team said in a follow-up email, “We’re about to launch our Official Trump Cards, which will be reserved for President Trump’s STRONGEST supporters.”

According to the email, Trump was shown 4 different card designs under the impression that he would choose one.  Instead, the former President remarked that all 4 should have available to the public, adding that they should choose because “they always know best”.