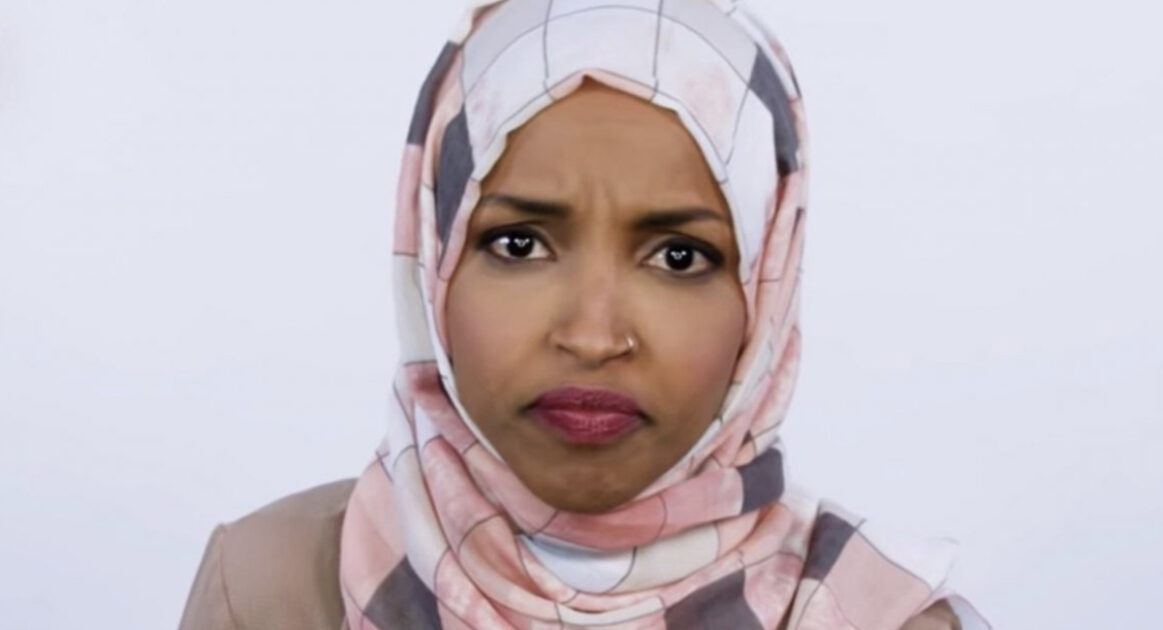 Minnesota Democrat Ilhan Omar and some of her “squad” members want to cancel America’s Independence Day holiday and replace it with an event celebrating Muslims who had nothing at all to do with the founding of the nation.

“As we continue to see an uptick in anti-Muslim hate, it is important we recognize the resiliency and accomplishments of Muslim Americans with a formal resolution,” Rep. Omar recently claimed.

Omar has and several of Dems have introduced a bill that would downplay Independence Day and overshadow it with an entire month of celebrating Islam. It was no mistake that Omar chose July for this anti-American campaign.

Of course, July has already been designated National French American Heritage Month, so there is no room in July for celebrating a religion that has zero to do with the U.S.A.

But other Democrats agree with Omar.

“Muslim-Americans have played a major role in shaping our nation for centuries,” Rep. Andre Carson, exclaimed in his support for Omar’s anti-American idea. “Designating July as Muslim-American Heritage Month is a wonderful opportunity to honor the trailblazers who came before us.”

This is an outright lie. Muslims have had no role in the founding of the United States. They had no role in the constitutional era, took no part in the Jacksonian era, did not factor in during the Civil War, Reconstruction, Civil Rights… in short, they did nothing to aid in the building of America.

In fact, the only effect they have ever had on America has been negative. They kidnapped sailors causing one of America’s first foreign military excursions during President Jefferson’s era, and they were responsible for the largest terror attack ever perpetrated on American soil in 2001. And today, with their terror-linked advocacy group CAIR, Muslims are working to undermine the United States.

Individual Muslims can make perfectly fine Americans. And there is no reason not to feel that a Muslim can be a leading American citizen. But as a group, Muslims have had no part in the making of America.

I’d rather replace Ilhan Omar with an actual patriotic American

This article states, “Omar has and several of Dems have introduced a bill that would downplay Independence Day and overshadow it with an entire month of celebrating Islam.” If this is done then Congress would be supporting a state religion. This is unconstitutional. Islam is a religion.
AMENDMENT I
Congress shall make no law respecting an establishment of religion, or prohibiting the free exercise thereof; or abridging the freedom of speech, or of the press; or the right of the people peaceably to assemble, and to petition the Government for a redress of grievances.

Unbelievable! Where does insanity stop!
While we’re at it, let’s cram Polish Heritage Month, German, Jewish, British, Russian, Italian and the rest of all nationalities that “ really” shaped our nation. C’mon!!!
This Lady needs to go!

She needs to be removed!!! July 4th is OUR independence day.. LEAVE YOUR HANDS OFF IT!!!! She is an evil ungrateful disgraceful lunatic.. HAS NO business being in OUR government offices … HOW about the American people just give you a one way ticket to Syria, Omar?? That is the best thing you can do for America…LEAVE IT!!!!