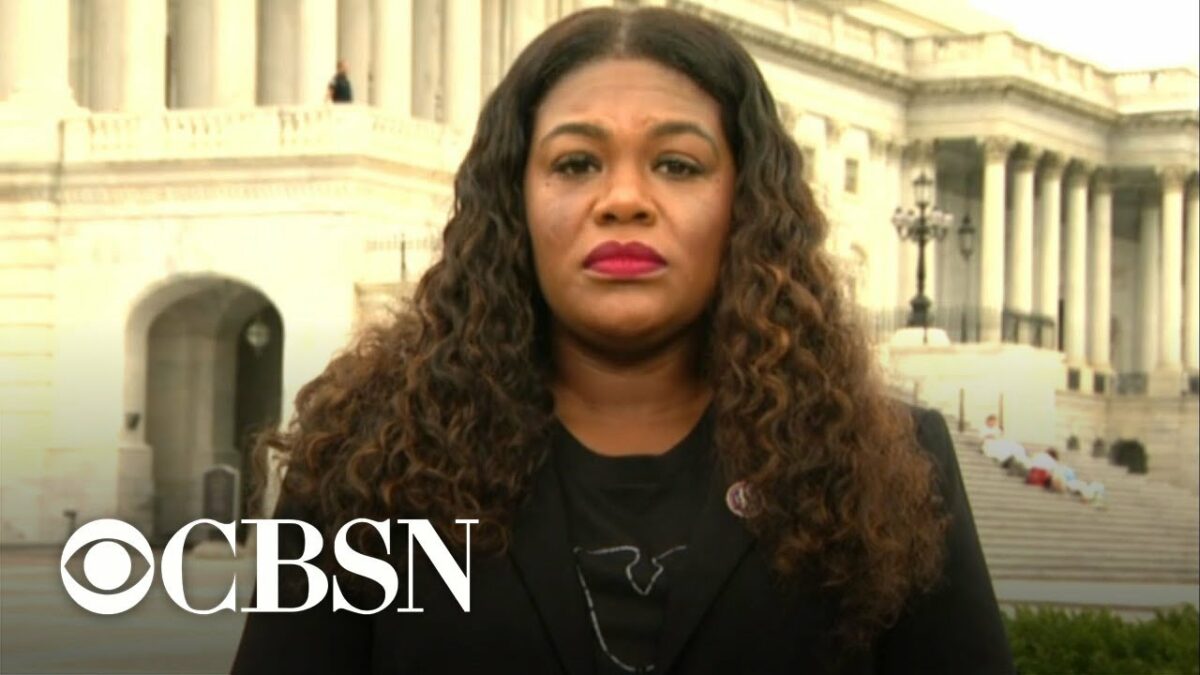 The following article, Dem Rep Says 'I'm Going to Make Sure I Have Security,' Calls for 'Defunding' Police Seconds Later, was first published on Flag And Cross.

Democratic Rep. Cori Bush on Wednesday said she will “make sure I have security” while continuing to call to defund the police.

“I’m going to make sure I have security because I know I have had attempts on my life and I have too much work to do, there are too many people that need help right now for me to allow that,” the Missouri Democrat told CBS News.

“[S]o suck it up and defunding the police has to happen. We need to defund the police and put that money into social safety nets because we are trying to save lives.”

“My security is to keep me safe from those racist attempts made against my life,” she added.

Bush was responding to people who said it was hypocritical of her to spend nearly $70,000 on private security while calling to defund the police.

The campaign also paid $15,000 to Nathaniel Davis for “security services” during that same time.

Bush asked if her critics “would rather [her] die” than spend the money on private security.

“[T]hat could be the alternative, so either I spend $70,000 on private security over the last few months and I’m here standing now and able to speak, able to help save 11 million people from being evicted or I could possibly have a death attempt on my life,” Bush said.

“I have private security because my body is worth being on this planet right now.”

Former South Carolina congressman Trey Gowdy is one of the many who have criticized Bush for her private security expenditures while simultaneously calling to defund the police.

“Members of Congress are spending more money than ever on their personal security,” Gowdy said on “Sunday Night in America” in July.

“It’s a tragic reflection of the times we live in … Elected officials on both sides of the aisle have been threatened with all manner of violence. Because of these acts and threats of violence, members of Congress are allowed to spend campaign money on their safety … Safety is priority number one for members of Congress, as it should be. But what about you?”

Gowdy asked viewers if they felt safe and if their neighborhood could “benefit from greater police presence.”

“If their safety is the highest priority, shouldn’t your safety be too?”