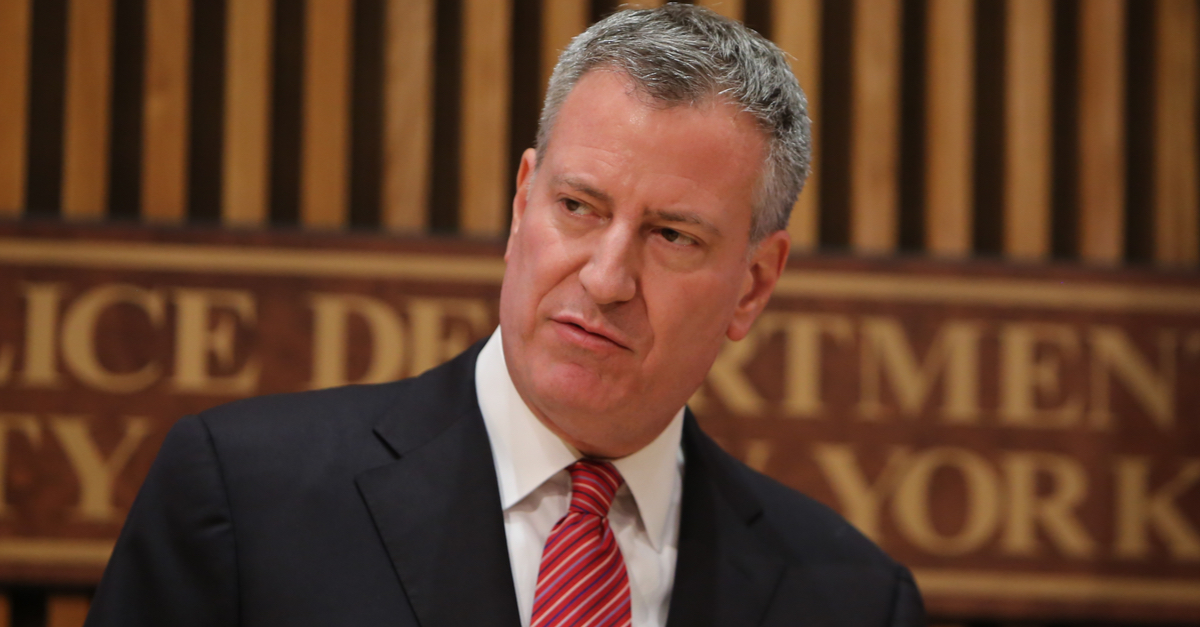 The following article, De Blasio Annihilates Cuomo in Latest Call for Resignation, was first published on Flag And Cross.

The short list of folks who were still standing by Andrew Cuomo continues to shrink this week, as the New York Governor faces renewed legal trouble.

Cuomo, who is now under criminal investigation over the sexual harassment of at least 11 women, has been defiant in the face of call for his resignation, including from the White House itself.

A little closer to home, New York City Mayor Bill de Blasio has also called for Cuomo to step aside, with each iteration of the sentiment growing less gracious.

His latest was downright scathing.

“His statement was laughable and his attempt to show pictures of him with family members as a defense was an insult to these women — an insult to the whole notion that a public servant is held to a high standard,” de Blasio said.

“He should resign and if he won’t resign, he should be impeached as quickly as possible,” the mayor continued, doubling down on his earlier calls for Cuomo to resign. “He can’t govern, he can’t govern.”

Then came a dire soundbite.

“I mean, this guy is past the point of no return,” he continued. “He can’t govern, he just has to go.”

De Blasio joins a vast number of notable politicians who are ready for Cuomo to step down.