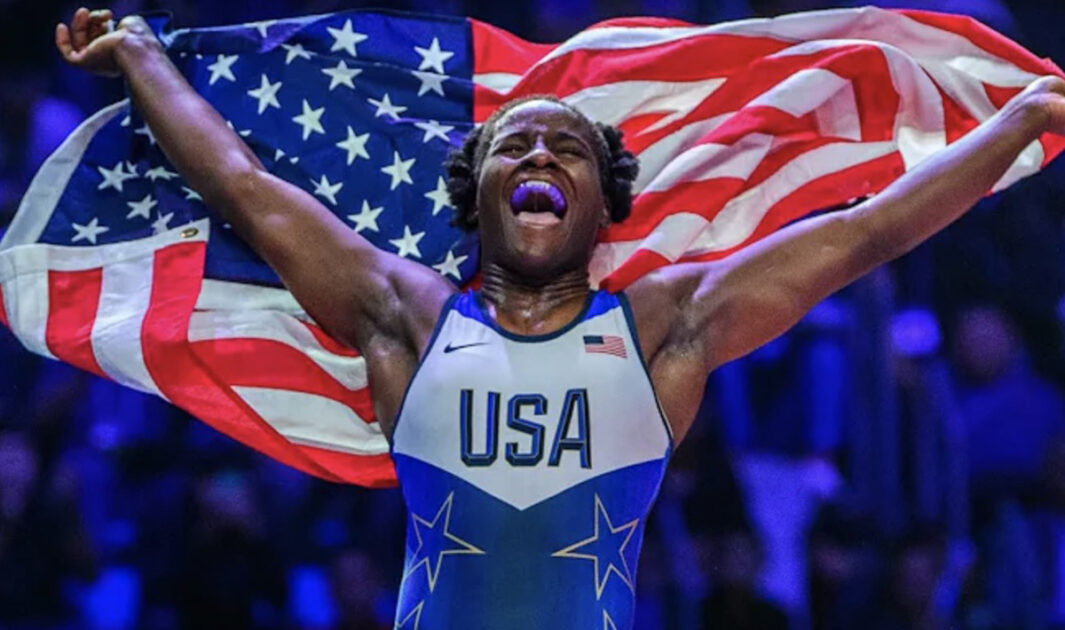 We FINALLY found a U.S. Olympic medal winner who loves America and her video is a MUST watch.

U.S. wrestler Tamyra Mensah-Stock made history Tuesday, winning gold in the women’s 68-kilogram freestyle final making her only the second woman — and the first black woman — to win gold for Team U.S.A. in wrestling.

But, as many other U.S. Olympians have been more concerned with protesting against the U.S., Mensah-Stock was just the opposite, gushing in a post-match interview about her family, her team, her flag and country, and her god.

“It’s by the grace of God that I’m able to even move my feet,” an enthused Mensah-Stock said to a network reporter after she took the gold Tuesday. “I just leave it in his hands and I pray that all the practice, all the hell my freaking coaches put me through, pays off, and every single time it does. And I get better and better. And it’s so weird that there is no cap to the limit that I can do. And I’m excited to see what I have next.”

As she bounced on her feet in excitement, the network reporter asked her about the American flag she had draped around her shoulders. He wondered how it feels to represent the U.S.A. at the Olympics.

The reporter may have been hoping for Mensah-Stock to attack the U.S. like so many other privileged athletes, but if he was, he came away disappointed. Mensah-Stock was thrilled and to be a proud American.

“It feels amazing,” Mensah-Stock said of competing for her country. “I love representing the U.S.,” she continued as she brought her hands up in the shape of a heart. “I freaking love living there, I love it, and I’m so happy I get to represent U-S-A,” she said.

Mensah-Stock also broke down crying when the reporter noted that he father died when she was in high school. Mensah-Stock said she felt that her father would have been the proudest man in the world with her achievements.

As in her post-match interview, several days ago Mensah-Stock also noted that she is thrilled to serve as a role model for other young black women.

“These young women are going to see themselves in a number of ways and they’re gonna look up there and go, I can do that ’cause I can see myself,” Mensah-Stock said last week. “Look at this natural hair! Come on. I mean sure, I brought my puff balls out so they can know you can do it, too.”

Now this is how the Olympics are supposed to be. Tamyra Mensah-Stock is an immensely positive influence and her victory and attitude must be shared.