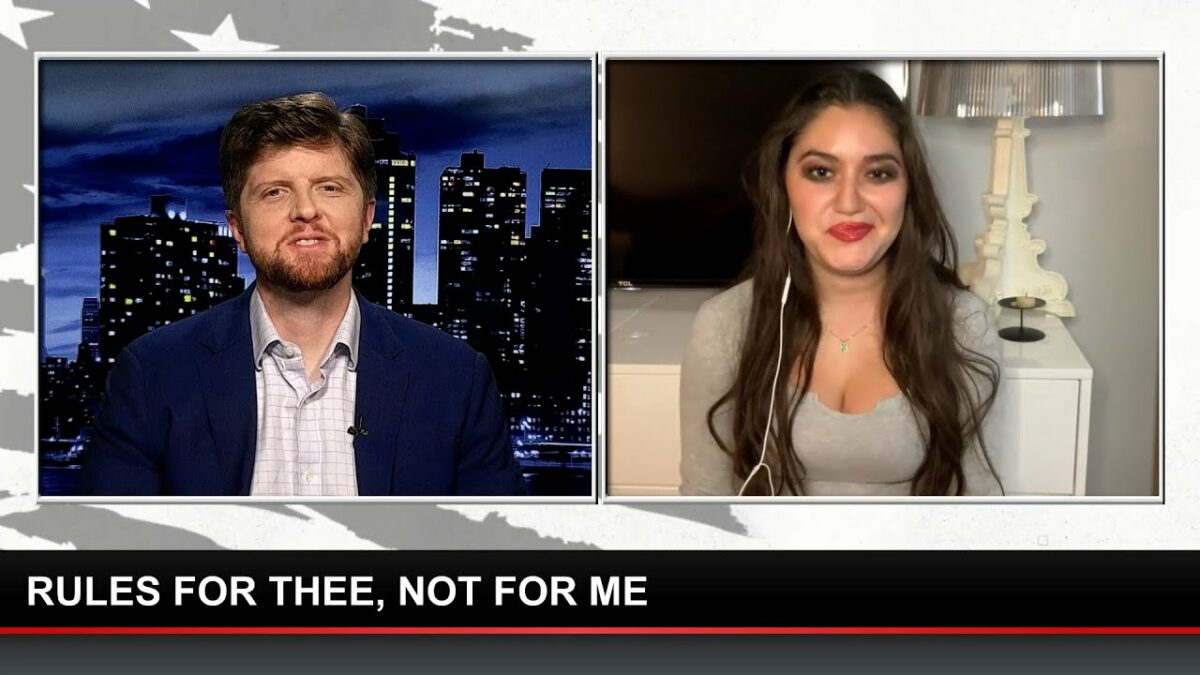 The following article, Watch: AOC Busted for Donning Mask for Photo Op, Removing It Immediately After, was first published on Flag And Cross.

Democratic New York Rep. Alexandria Ocasio-Cortez was caught wearing a mask only for a brief photo opportunity at Capitol Hill on Monday morning, in a cameras-rolling moment that’s truly the epitome of the modern American left.

While at a protest in favor of extending the federal eviction moratorium, the congresswoman proudly wore a face covering as the team of activists shouted “housing is a human right” while taking a group photo, according to Breitbart.

Prior to taking the photo and a minute afterward, according to the video, Ocasio-Cortez was not wearing a mask.

There would be no issue if she stayed maskless the entire time, given that she is fully vaccinated and outdoors.

But she didn’t, and instead decided that virtue signaling to her supporters was the better option.

Her hypocrisy is performative activism at its finest, a practice leftists have used for years in order to come across as a “good person”– when they are actually flawed like the rest of us when it comes to coronavirus restrictions.

“I can’t stand the hypocrisy… the government is easily the worst part about this country in every facet, regardless of party,” one Twitter user wrote.

I can’t stand the hypocrisy… the government is easily the worst part about this country in every facet, regardless of party https://t.co/CaEn2B9Amz

“I don’t see many masks or any social distancing whatsoever,” libertarian writer Jen Monroe pointed out.

I don’t see many masks or any social distancing whatsoever https://t.co/08HcfzLkN7

If it were not for the Texas Democrats jetting off to Washington, D.C., Ocasio-Cortez could probably take the trophy for “Best Political Stunt” of the summer.

As expected, she is not the only notable hypocrite in the swamp this week.

Washington Mayor Muriel Bowser was photographed by the Washington Examiner’s Tiana Lowe at a wedding this weekend breaking a mask mandate that she imposed only a day earlier.

EXCLUSIVE: Not 24 hours into the indoor mask mandate she imposed on DC, Muriel Bowser officiated an indoor wedding in Adams Morgan and stayed to fete with *hundreds* of fellow maskless guests. https://t.co/hY0Ji2zqnj

Lowe also went public with a video of the mayor violating her own mandate.

“We all know what the rules says about sitting at a dining table and dining. Don’t be ridiculous… They took a picture of me where dinner and drinks were served,” the mayor told reporters, according to the Post.

“This is an embarrassing moment for the mayor,” Kessler wrote. “The video clearly shows she is seated at a table, when the meal is over, in violation of her own mask mandate that says masks are not required indoors in these circumstances only when ‘actively eating or drinking.’

Whether it is Ocasio-Cortez, Bowser, or any other Democrat politician — they clearly believe that they are above the standards that they have set for the public.

The two women just so happened to be caught on camera, but who knows what other politicians have been hypocrites behind the scenes throughout the pandemic.