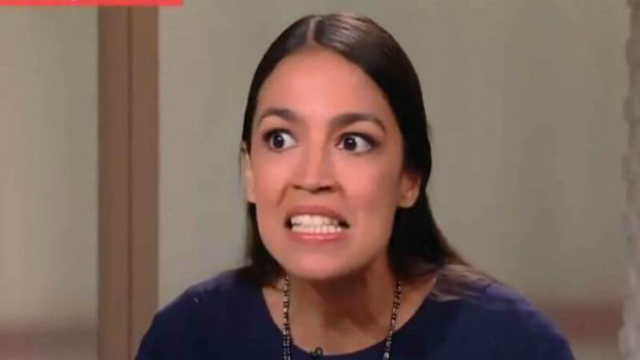 It has become the Democratic motto of late, with a vast number of liberal-leaning lawmakers eschewing their own advice, time and again, as it pertains to COVID-19 precautions.

Former President Barack Obama was set to have nearly 700 guests over to his Martha’s Vineyard mansion for a birthday party in the coming days, before he was shamed into culling the guest list by media pressure.

Washington DC Mayor Muriel Bowser attended an indoor wedding mask-less, despite pushing a mask mandate for businesses in the city.

And now, Congresswoman Alexandria Ocasio-Cortez has been caught faking it in terms of coronavirus safety.

Rep. Alexandria Ocasio-Cortez, D-N.Y., masked up for a photo op with activists on the steps of the U.S. Capitol — but only for the picture, a viral video shows.

Ocasio-Cortez dropped her coronavirus mask after the snap Monday, when she posed with protesters in support of a new eviction moratorium. She was joined by fellow progressive Sen. Ed Markey, D-Mass.

The congresswoman was maskless while sitting on the steps before the photo, but donned her gray mask before Markey sat down and the picture was snapped.

“Housing is a human right,” the group said as the picture was taken, with someone after the photo saying “Everybody say ‘whiskey.’”

The moment was captured on video.

AOC has been highly efficient as it pertains to using social media to build her brand, but, should this go viral, it could make the limelight burn just a little bit hotter.