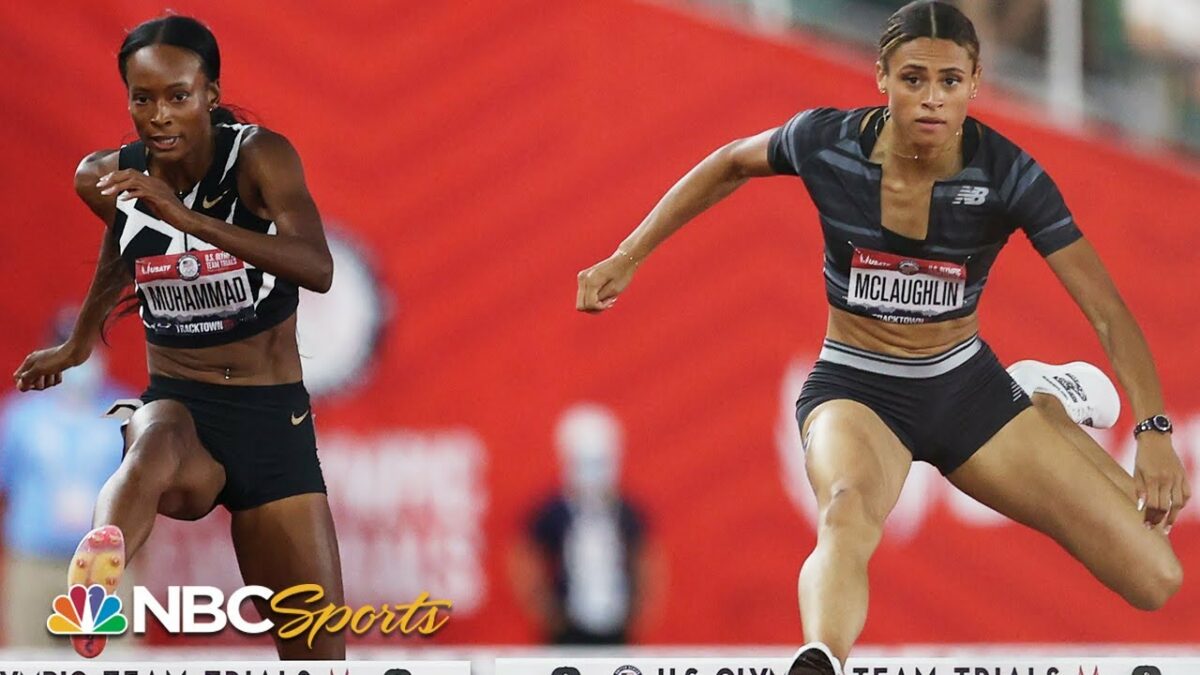 The following article, US Olympian Gives 'Glory to God' After Smashing World Record and Winning Gold, was first published on Flag And Cross.

American gold medal winner Sydney McLaughlin reminded the world Wednesday that although the world of sports seems dominated by a culture  of self-aggrandizing protest, there is also a culture of faith.

“Just trusting the process. Giving the glory to God,” McLaughlin said, after setting a world record in the women’s 400-meter hurdles, according to SportsSpectrum. “It’s all, this season, hard work and dedication. And [I’m] just really grateful to be able to represent my country and to have this opportunity.”

McLaughlin’s record time of 51.46 seconds broke her own five-week-old record of 51.9 seconds. American Dalilah Muhammad, the current world and Olympic champion, was second with a time of 51.58 seconds. Femke Bol of the Netherlands was third at 52.03 seconds.

McLaughlin, 21, is emphatic about the role of faith in her life.

“All the glory to God,” she told NBC after first setting the world record in June, according to SportsSpectrum. “Honestly, this season just working with my new coach and my new support system, it’s truly just faith and trusting the process. I couldn’t ask for anything more and truly it is all a gift from God.”

“I no longer run for self recognition, but to reflect His perfect will that is already set in stone. I don’t deserve anything. But by grace, through faith, Jesus has given me everything. Records come and go. The glory of God is eternal. Thank you Father.”

In November, McLaughlin posted an Instagram video of herself getting baptized on a California beach.

“For twenty-one years I was running from the greatest gift I could ever receive,” she wrote. “And by His grace, I have been saved. I no longer live, but Christ in me. My past has been made clean because of my Lord and Savior, Jesus Christ.”

McLaughlin and silver medalist Muhammad have competed in race after race.

“Dalilah’s a great competitor,” McLaughlin said, according to SportsSpectrum. “I think I was growing into my own person. And I think the biggest difference this year is my faith, trusting God and trusting that process, and knowing that He’s in control of everything.

“As long as I put the hard work in, He’s going to carry me through. And I really cannot do anything more but give the glory to Him at this point.”

Muhammad said there was glory in winning silver on her country’s behalf.

“It definitely was a journey just filled with so many ups and downs. So just thankful to God for getting me to this point. … Just so thankful, so thankful to end on a silver medal for the USA,” she said, according to Fox News.

McLaughlin said that during the race, she went into overdrive when it appeared Muhammad might win.

“I saw Dalilah ahead of me with one to go,” McLaughlin said after the race, according to Sports Illustrated. “I just thought, ‘Run your race.’

“The race doesn’t really start till hurdle seven and I just wanted to go out there and give it everything I had.”