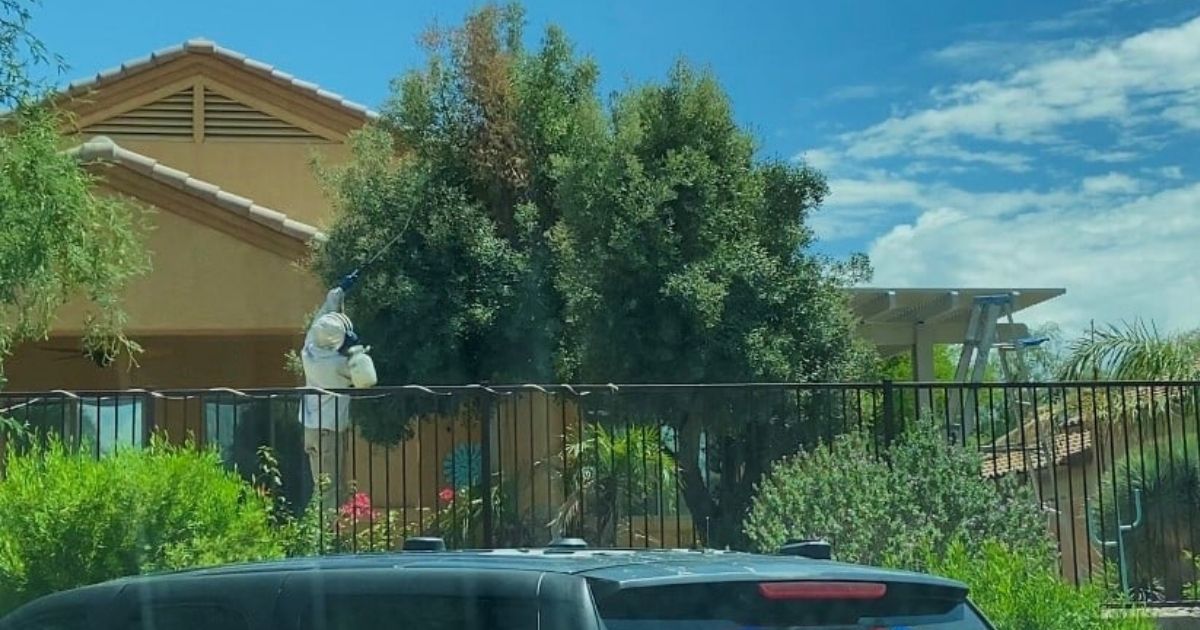 The following article, Terrifying Bee Attack from 100-Pound Hive in Arizona Takes One Man's Life, Hospitalizes Several Others, was first published on Flag And Cross.

Most people know to avoid bees.

And generally, if you don’t bother them, they won’t bother you — but there are some circumstances where this is not the case.

On Thursday, several people were injured — and one even died — after being attacked by a swarm of bees in Marana, Arizona.

According to a post by the Northwest Fire District, the onslaught began when bees swarmed in a neighborhood near Thomas Arron Drive and Moore Road.

“A large open hive, estimated around 100 pounds, was located in a tree nearby,” the post read.

According to Blue-Andrea Ahkeah, who commented on the fire district’s post, her son was one of the people harmed. She commented that her son “was riding his bike” and was “nowhere near the hive” when he was attacked, suffering over 600 stings.

He might have been stung even more if it hadn’t been for a nearby landscaper who risked — and ultimately lost — his own life to protect the boy.

“MPD tells me the man who died is 29-year-old David Santiago,” KOLD-TV reporter Mary Coleman shared in a Facebook post. “Santiago was a landscaper, and was attacked while trying to help a kid get to safety.”

“The kid made it inside a truck and was hospitalized for injuries, but Santiago did not make it to his work truck.”

“Still can’t believe this [happened] to my son Lil Blue,” Ahkeah said on Facebook. “He [is] doing better now but can’t believe the landscaper lost his life trying to save my son. You’re a brave man trying to help out my son.”

“He [is] very sad to hear he passed. My heart goes out to his family. We [would] like to help anyway we can.”

At least six people were stung. Of those six, three were taken to the hospital for treatment, as they were “believed to have been stung hundreds of times,” Northwest Fire District said. The fire district confirmed in a post update that one man passed away after the attack.

Three victims were firefighters who arrived on scene and were stung repeatedly as well.

One of the firefighters was stung around 60 times but was released from the hospital after an initial evaluation.

According to one former local who commented on the fire district’s post, Africanized bees are very common in the area.

“I lived near there, and all bees there are Africanized,” Mary Wirth wrote. “Had hives removed from our properties twice. Very common to have them, unusual for people to get stung since people walk the other way as soon as they get near bees.”

NBC News reported that the majority of the bees were promptly destroyed and the hive was removed.