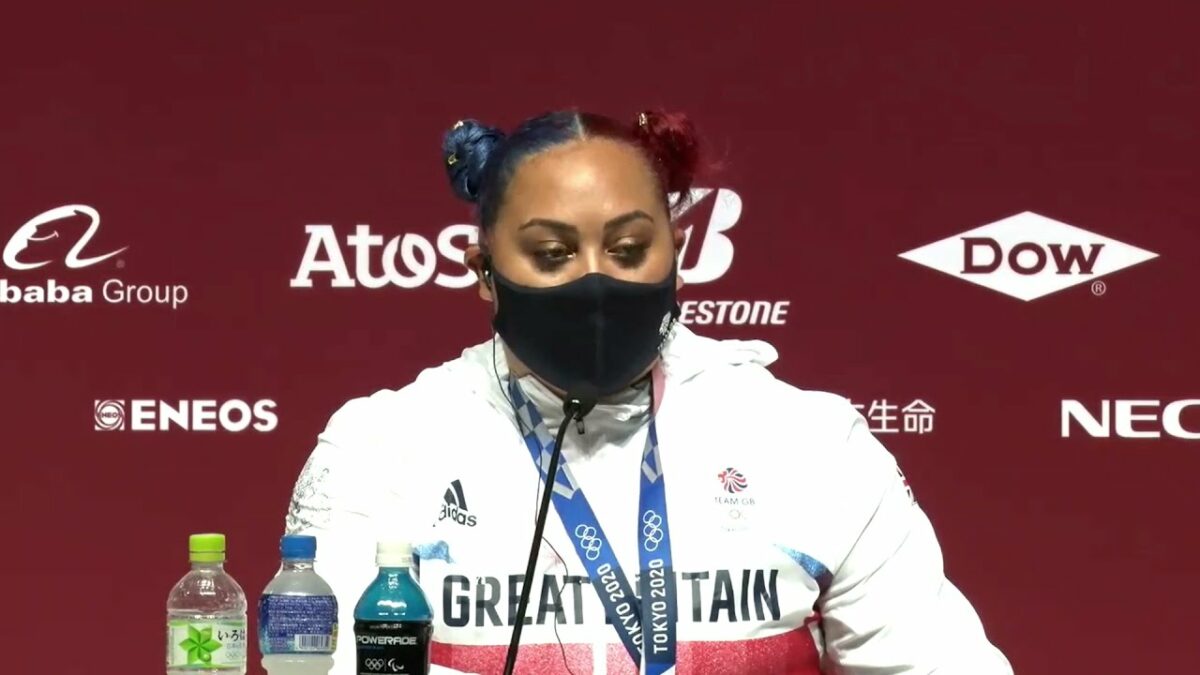 Three women who won weightlifting medals that transgender weightlifter Laurel Hubbard was unable to win had nothing to say when the media tried to make the transgender competitor the story of the day.

Hubbard, of New Zealand, competed in the super heavyweight category. He was unable to complete a single lift on Monday, which meant that he was out of the running for a medal.

But when the eventual medalists in Hubbard’s category went to meet the media after the competition, some reporters didn’t seem interested in hearing about their work.

“It was a historic night here with Laurel Hubbard competing as the first openly transgender in an individual event and I was wondering, you know, what you felt about that and what you felt that took place in your sport,” a reporter asked, about the 1:50 mark of the video below.

While the question was apparently fishing for praise for Hubbard’s efforts, the answers were anything but.

Bronze medalist Sarah Robles of the United States, who earned the distinction of being the first American woman to win two weightlifting medals by adding a medal at Tokyo to her bronze in the 2016 Olympics, took a long swig of water amid a silence no one seemed anxious to break.

After adjusting her mask, she gave a curt response: “No, thank you.”

Robles was not the only one who refused to play the media’s game.

Emily Campbell of Great Britain, who won the silver medal, also passed, according to The Washington Post.

That left gold medalist Li Wenwen of China, who found a way to say more, even without saying much at all.

“I have nothing to say. I just respect the rules,” she said, according to the Post.

Some on Twitter said the media mishandled the story of Hubbard’s competing against women.

“The media are going for Olympic gold in the truth slalom, skilfully swerving around uncomfortable facts and deftly dodging their duties to their audiences.”

The media are so manipulative. The only way they can present the gigantic, screaming unfairness of Laurel Hubbard taking away a woman’s chance to compete is to redirect into a sympathy/underdog/triumph against adversity narrative. It’s not a Hollywood blockbuster. It’s patriarchy

exactly..the media is trying so hard to make Laurel Hubbard into some kind of Cinderella story

Hubbard’s participation was controversial. Although men who identify as women and meet medical guidelines are allowed to compete in women’s categories according to International Olympic Committee rules, many criticized Hubbard for taking a spot that should have gone to a female.

“When I was competing I couldn’t speak my mind, I had to be wary of the consequences, but now I think it’s fair that I do speak out for those who can’t,” Tracey Lambrechs of New Zealand, a former weightlifter, told Australia’s Sky News, according to Reuters.

“There’s no transphobia hate here. But I’m also for women (born as women) having equal rights in sport,” she said.

Did HE pull a groin muscle?

Why is this guy still news?