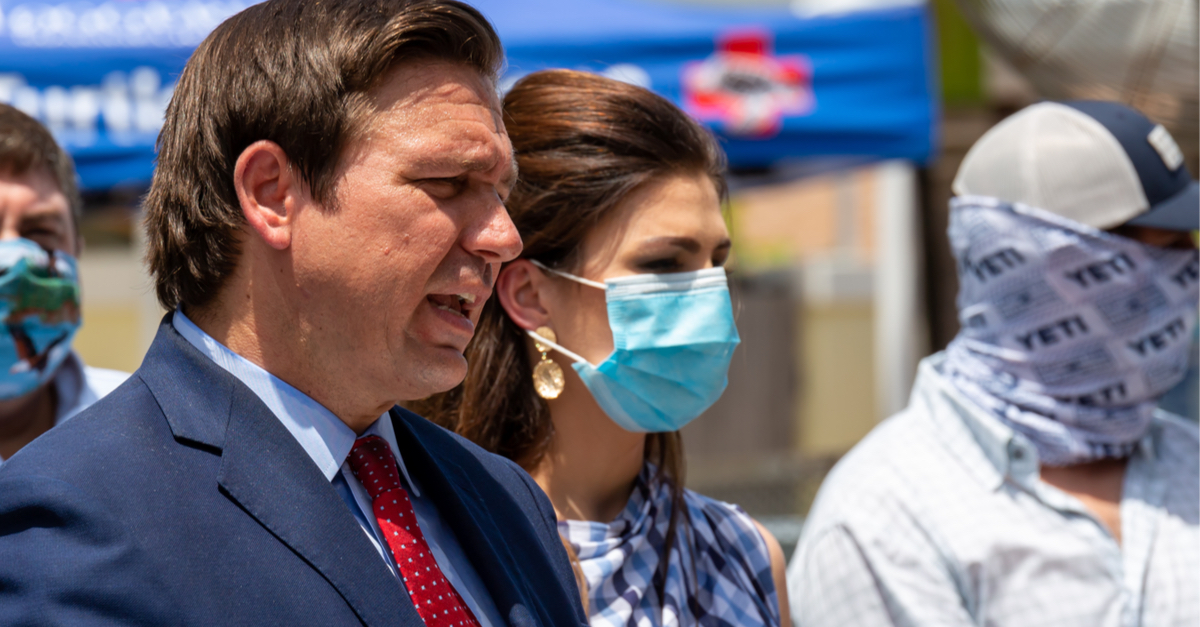 The following article, DeSantis Destroys Reporter After They Blame the Unvaccinated, was first published on Flag And Cross.

The situation in Florida is a bit unique this week, (as it often is), as coronavirus cases surge and the Governor gets a bit defensive.

From the onset of the COVID-19 recovery, Florida Governor Ron DeSantis has been racing to get his state opened back up.  He’s pushed orders and bills that would make mask mandates illegal, and he’s told businesses in the state that they aren’t allowed to ask for proof of vaccination.

And so, as the case load increases, DeSantis is coming under fire.  At a press conference this week, it appeared as though he has had enough of it.

During an event at Shark Valley in the Everglades, DeSantis gave a reporter a terse response when he was asked about seven children at Joe DiMaggio Children’s Hospital with COVID, two in the ICU. The question was could masks have helped?

“You’re blaming the kids saying they weren’t wearing masks so they’re in the ICU. With all due respect, I find that deplorable to blame a victim who ends up being hospitalized,” said DeSantis.

“This has been a really negative thing throughout this whole thing, with some of these, quote, experts, some of the media, somebody can contract a highly transmissible airborne virus and they’re viewed as having done something wrong. That’s just not the way you do it,” he added.

DeSantis has been seen as a likely candidate for President in 2024, and his bold choices during the coronavirus crisis have certainly garnered him a great deal of national attention, along with praise with libertarian-leaning conservatives.

Continue reading: DeSantis Destroys Reporter After They Blame the Unvaccinated ...