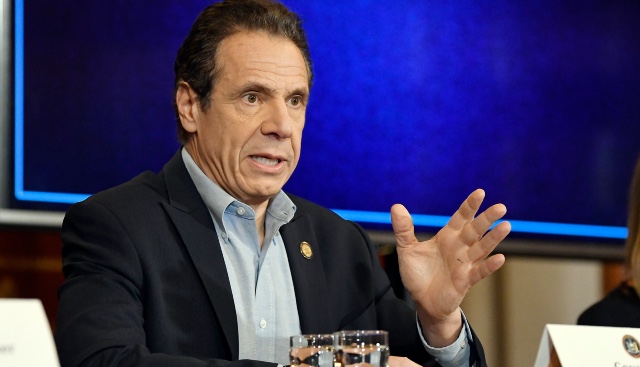 It’s over for Andrew Cuomo.  The fat lady has sung.  The canary has keeled over in the coal mine.  The bucket hath been kicked.

The grope-y governor did, in fact, sexually harass and abuse women and the Albany D.A. is going to be investigating the matter criminally.  The details of the investigation and likely trial will haunt the Cuomo name for generations, and there’s no telling if his pundit brother will make it out of this unscathed either.

But the New York Governor is playing dumb.  He has suggested that he’ll not resign, which is a pretty bold move when the Commander in Chief says, unequivocally, that you should.

Both of New York’s US senators called for Gov. Andrew Cuomo to resign amid allegations of sexual harassment months ago. After Letitia James, the state’s attorney general, released the results of an investigation Tuesday, they were joined by dozens more Democrats—including President Biden. The president, who said in March that Cuomo should resign and potentially face prosecution if the allegations were confirmed, said Tuesday that the Democratic governor should step down, the Hill reports. James’ investigation concluded that Cuomo had sexually harassed 11 state employees, created a “hostile work environment.” and retaliated against at least one of his accusers. The governor denied James’ findings hours after the report was released.

And Biden wasn’t the only powerful Democrat to express that sentiment.

Pelosi said in a statement:

Under Attorney General Letitia James, a comprehensive and independent investigation into the allegations against Governor Cuomo has been completed.

As always, I commend the women who came forward to speak their truth.

Recognizing his love of New York and the respect for the office he holds, I call upon the Governor to resign.

Cuomo has repeatedly offered apologies to the public, and they’ve been consistently panned by critics and politicians alike, and his reticence toward resignation has caused a great deal of consternation in the state capitol.  One can only imagine that impeachment hearings will be commencing imminently.