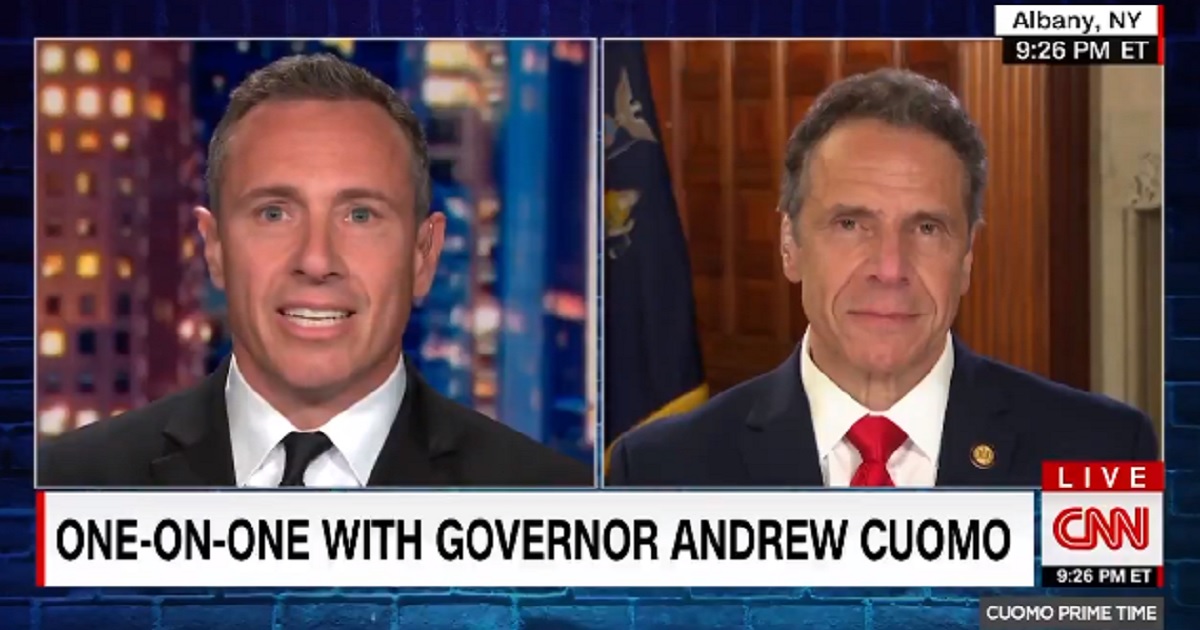 A little over a year ago, the Cuomo brothers were enjoying a de facto comedy act on CNN. On Tuesday, both Andrew and Chris Cuomo were implicated in far more serious accusations.

Lindsey Boylan, a former Cuomo aide, first leveled harassment allegation against Cuomo in December 2020. Many other women followed suit, claiming they were treated inappropriately by the New York Democrat.

On Feb. 28, New York Attorney General Letitia James announced her office was conducting an investigation of the governor. Her announcement of the findings on Tuesday was damning.

The investigation concluded that “the Governor engaged in conduct constituting sexual harassment under federal and New York State law,” the report states.

“Specifically, we find that the Governor sexually harassed a number of current and former New York State employees by, among other things, engaging in unwelcome and nonconsensual touching, as well as making numerous offensive comments of a suggestive and sexual nature that created a hostile work environment for women.”

At a news conference Tuesday, employment discrimination attorney Anne Clark, who was part of the investigation, said it found 11 women had described unsolicited touching or comments from Cuomo to be “deeply humiliating and offensive,” ABC News reported.

Not to be outdone by his brother, CNN anchor Chris Cuomo apparently decided he wanted in on this scandal.

As New York Times reporter Shane Goldmacher noted on Twitter, an appendix of the investigation report (appendix III, exhibit 70) appears to show Chris Cuomo drafting a statement for Andrew Cuomo in response to the allegations on Feb. 28, the very day James announced her investigation.

“I now understand my interactions may have been insensitive or too personal and that some of my compliments, given my position, made others feel in ways I never intended,” Chris Cuomo wrote, according to the email, putting contrite words in his brother’s mouth. “I’m sorry and feel deeply embarrassed about that.”

Do not overlook the Cuomo report appendix, which includes Charlotte Bennett’s texts about her Cuomo interactions and this email from Chris Cuomo appearing to draft a statement for his brother https://t.co/uN17cZRbNJ pic.twitter.com/etUCrQbWTX

In May 2020, CNN broadcast an interview between the two brothers that looked like a bad rendition of an Abbott and Costello performance. It even included Andrew Cuomo sarcastically accusing Chris Cuomo of harassing him.

You’re feeling pretty good about yourself these days, aren’t you @NYGovCuomo ? pic.twitter.com/E82jNFYV6b

And of course, who could forget the giant Q-tip bit that seemed to illicit so much laughter from the Cuomo brothers. It was truly hard-hitting journalism.

This could not have come on a better day.pic.twitter.com/O8caFp3iUc

Now that both brothers are embroiled in controversy, things hardly seem very funny. President Joe Biden even called on his leftist ally, Andrew Cuomo, to resign amidst the allegations.

Yet Andrew Cuomo has not shown any willingness to resign from his role as governor, nor has Chris Cuomo from his prominent position on CNN.

According to Daily Caller reporter Jordan Lancaster, Chris Cuomo failed to even mention the investigation during his Tuesday night show.

Chris Cuomo’s CNN show is now over. He did not mention the AG report that found his brother had sexually harassed multiple women.

As unprofessional as it is to interview an immediate family member and call it real journalism, it is even more inappropriate to exclusively cover the positive moments and ignore the negative ones.

Furthermore, it should not be in any way acceptable for Chris Cuomo, who is supposed to be an objective journalist, to draft statements attempting to get his brother out of political trouble.

But for the Democrats in the establishment media, the rules simply don’t apply.

No matter how many affronts to journalistic ethics, or common decency, leftists like Jeffrey Toobin or Chris Cuomo make, they will always be able to hide behind CNN’s hedge of protection.

We will have to see if the law applies to Cuomo. There are different tiers of law depending on who you are! The democrats are in a terrible fix. And Cuomo is going to make things worse by hanging on and then the dems will not have any choice but to impeach him.. He is going to end up in criminal and civil court anyway. And he should!