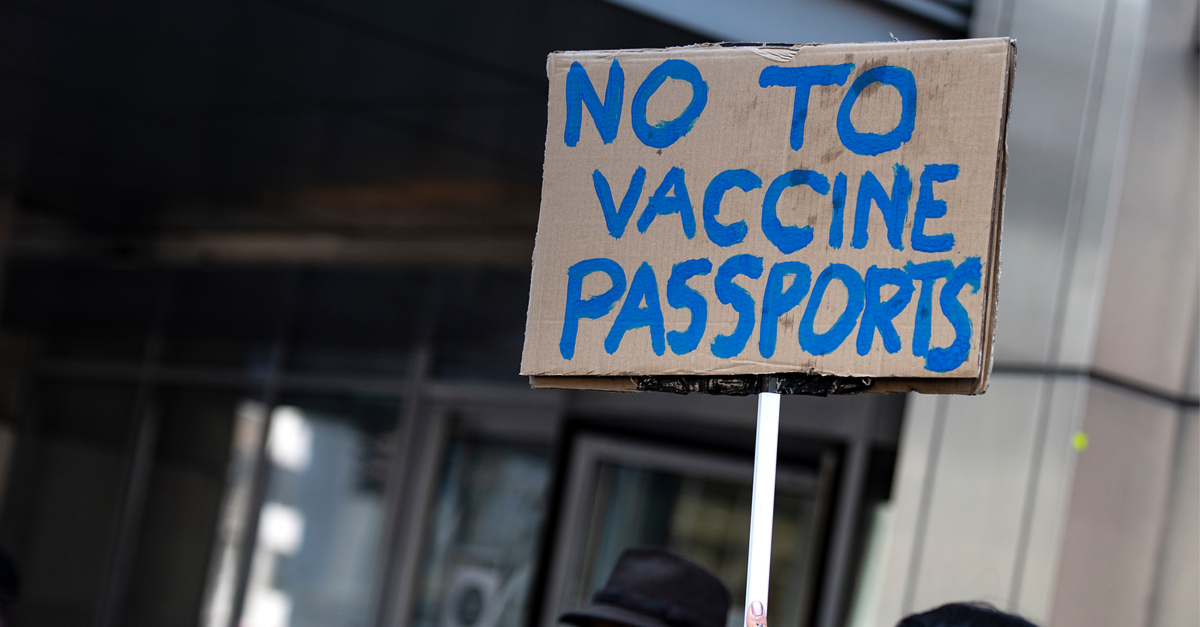 The following article, Beantown Mayor says Proof of Immunization is Akin to Slavery, was first published on Flag And Cross.

No matter how strongly you may feel on a particular subject, and no matter how personally offended you might be by something, unless that thing is literally slavery, it’s best not to try to compare it to actual slavery.

We get it:  Hyperbole sells.  Hyperbole keeps you in the headlines, and it gets your name on the lips of folks the nation over in a hurry.

But slavery is far too immoral and corrupt and horrid a thing to go around using it willy-nilly to make political points.

The mayor of Boston is learning this lesson the hard way this week.

The new requirement, which will be phased in over several weeks in August and September, is the most aggressive step New York has taken yet to curb a surge in cases caused by the delta variant. People will have to show proof that they have had at least one dose of a vaccine.

“The goal here is to convince everyone that this is the time,” de Blasio said. “If we’re going to stop the delta variant, the time is now. And that means getting vaccinated right now.”

She went on to compare vaccine passports or credentials to documentation requirements during slavery and the Jim Crow era. Janey also drew a comparison to the so-called birtherism conspiracy theory.

“There’s a long history in this country of people needing to show their papers,” said Janey. “During slavery, post-slavery, as recent as you know what immigrant population has to go through here. We heard Trump with the birth certificate nonsense. Here we want to make sure that we are not doing anything that would further create a barrier for residents of Boston or disproportionally impact BIPOC (Black, Indigenous and people of color) communities.”

Slavery, much like The Holocaust, are abhorring historical aberrations that mustn’t be summoned into a frivolous political point or thirsty for attention soundbite.