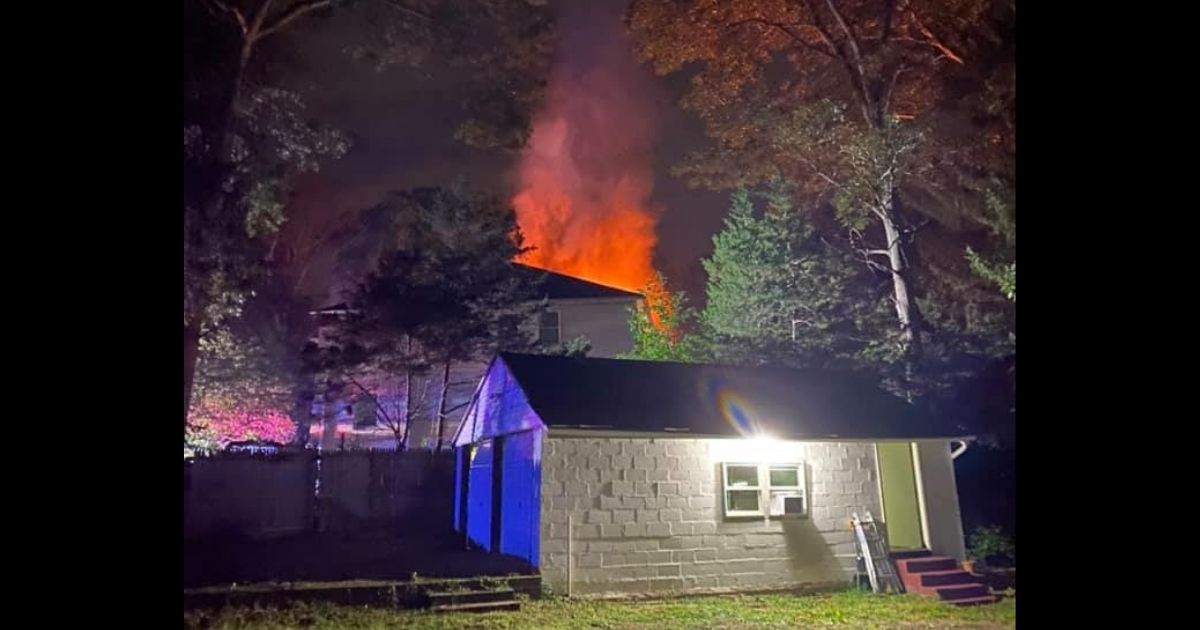 A family in Marlboro Township, New Jersey, woke up just before midnight on Sunday and sensed something was wrong.

They called 911 at around 11:38 p.m., reporting a “possible fire at the residence,” according to The Journal NJ.

Officers Ryan Anzalone, Donna Gonzalez, Michael Morgante and Colin Murray with the Marlboro Township Police Department were first on the scene and quickly assessed the situation.

They found smoke pouring out of the attic, but were relieved to see the family appeared to have exited the home. After a short time, though, the family realized one of their members was not with them, and was likely still trapped inside on the second floor.

Gonzalez and Anzalone charged in and found the man, as described, in a bedroom on the second floor. By the time they got there, the room was “completely filled with smoke,” but they managed to rescue the resident.

The fire department had a difficult time accessing the home due to the long, narrow driveway and a large landscaping rock.

“While enroute Chief 2-66 was advised of heavy smoke from the attic,” the Robertsville Volunteer Fire Co. #1 posted on Facebook. “At the time the mutual aid response plan was put in place and the box alarm was requested to bring in initial assistance.”

“Upon the arrival of 2-66 Chief advised the house was located down a 180 foot narrow driveway. Once engine 2-75 arrived there was trouble accessing the house due to a large ornamental boulder and trees. Members of the engine and police moved the 400lb boulder so the engine could get to the house and attack the fire.

“As the incident progressed, the second alarm mutual aid plan was requested for this deep seated, hard to access attic fire.”

The two officers who rescued the man suffered smoke inhalation and were treated on-site, and two firefighters were taken to the hospital for treatment but were soon released and are doing well.

A neighbor, MJ Wilfong, posted photos of the fire-lit smoke plume coming up from the house.

“Really is totally scary waking up to police sirens and fire trucks,” Wilfong wrote. “Neighbors house attic all of a sudden went up in flames. Looks like a lot of damage.

“Can only be greatful everyone got out ok. And all the farm animals are good. Just panicked from the smoke, flames, water and weird people shooting that water from ladders.

“Really fast and great response from Robertsville, Marlboro, Howell and Freehold fire stations, Marlboro police and the EMT’s. At least us neighbors got a chance to catch up.”

The cause of the fire has not yet been determined, but authorities said there doesn’t appear to be any foul play.