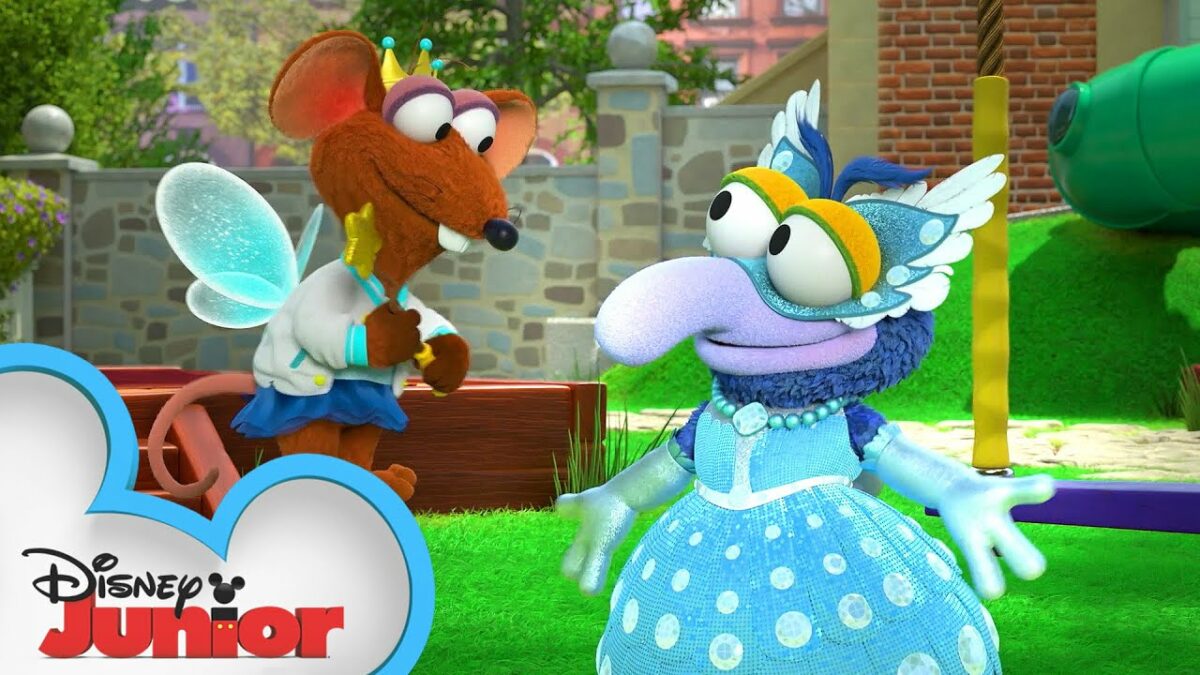 When the original run of “The Muppet Show” was released on Disney+ in February, the episodes all came with an extra scene: a disclaimer that the show might not be culturally sensitive enough for today’s climate.

“This program includes negative depictions and/or mistreatment of people or cultures. These stereotypes were wrong then and are wrong now,” the disclaimer read.

“Rather than remove this content, we want to acknowledge its harmful impact, learn from it and spark conversation to create a more inclusive future together,” it continued. “Disney is committed to creating stories with inspirational and aspirational themes that reflect the rich diversity of the human experience around the globe.”

The warning wasn’t specific about what might offend, but likely had to do with the show’s depictions of those from other cultures, including Native Americans and Asians. That could touch off some sensibilities, Disney figured, so better safe than sorry.

The same warning, I’m going to guess, won’t be appearing before an episode of the new “Muppets Babies” show in which a boy character becomes a “princess.”

According to Fox News, “Muppets Babies” is aimed at children between 4 to 7 years old. The series airs on Disney Junior. Last week, the series gained a bit of attention for an episode in which Gonzo becomes “Gonzorella.”

It’s not just the wokeness factor that’s insulting; they couldn’t even come up with a better plot than riffing on Cinderella again. (If memory recalls, Disney has done this once before — and much better the first time, from the looks of things.)

Gonzo and the other Muppet babies are invited to a royal ball. Gonzo wants to wear a dress, but he’s informed that boys are supposed to wear knight costumes to the event.

Poor Gonzo is disappointed until his “fairy ratfather” comes along. After a little bit of magic, bippity boppity nonbinary, Gonzo becomes a princess.

Later, Baby Piggy and Summer the penguin talk to Gonzo about the amazing shindig he missed.

“We met the most amazing princess but they ran away,” Piggy said, notably using the pronoun “they.” She then showed Gonzo a glass slipper: “And all they left behind was this.”

“Everyone, there’s something I need to tell you,” Gonzo said. “The princess who came to your ball tonight was me. I’m Gonzorella.”

Cue the Muppet babies acting in astonishment. “But Gonzo, why didn’t you tell us?” Piggy asked.

“Because you all expected me to look a certain way. I don’t want you to be upset with me,” Gonzo said.

“Oh Gonzo, we’re sorry, it wasn’t very nice of us to tell you what to wear to our ball,” Piggy said later. Another character added, “You’re our friend and we love you any way you are.”

“I can’t believe I’m tweeting this but … they are pushing the trans agenda on children via muppet babies,” Owens said.

“This is sick and PERVERTED. Everyone should be disturbed by predatory cartoons meant to usher children into gender dysphoria. Bring back manly muppets, anyone?”

I can’t believe I’m tweeting this but.. they are pushing the trans agenda on children via muppet babies.
This is sick and PERVERTED. Everyone should be disturbed by predatory cartoons meant to usher children into gender dysphoria.

Bring back manly muppets, anyone? pic.twitter.com/kvoig0y9N5

Now, let’s leave aside that this is a ham-fisted lesson in transgender ideology and gender dysphoria which lacks any evidence in science. It does and it’s undisguised indoctrination, but let’s leave that aside.

Let’s remember that back in February, Disney was Very Concerned

that outdated caricatures in “The Muppet Show” were so pernicious that a warning message needed to be aired in front of every episode just in case offense was caused.

How many of those viewing were going to be offended? Probably fewer than parents who tuned into the “Gonzorella” episode of “Muppets Babies” with their children and are adherents to a religion whose holy book is rather unambiguous on matters of gender:

We could go on, but this sums up the key tenets on transgenderism in the Bible.

God created man and woman discretely and without blurred lines between the sexes. This includes in matters of gender presentation, as Deuteronomy 22 notes. Furthermore, the intrinsic qualities of being male or female were determined by God before birth, as God “knitted me together in my mother’s womb” and that “in your book were written, every one of them, the days that were formed for me, when as yet there was none of them.”

You may believe that’s all bunkum. In fact, it’s fashionable to do so. And yet, these are the religious beliefs of those of us who believe the Bible still means what it says it means, that it’s not just a book that tells us to be a nice person.

Like it or not, it’s in black-and-white. It isn’t transphobia, it isn’t fear, and it isn’t Christians seeking a fight.

Instead, it’s affirming our faith in an all-powerful, all-loving and all-transcendent God who gave us his eternal Word, a Word that doesn’t change because Christians are being asked to not just tolerate but embrace a modish form of unrepentant sin.

Disney was so sensitive about 40-year-old episodes of “The Muppet Show” they threw a disclaimer in front of them. But when it comes to “Gonzorella” and the Bible, Christians don’t seem to merit even a shrug.

Amazing, then, that there are some on the left who deny there’s some kind of transgender agenda behind this — one that wishes to plant seeds in the heads of our children, not inculcate tolerance.