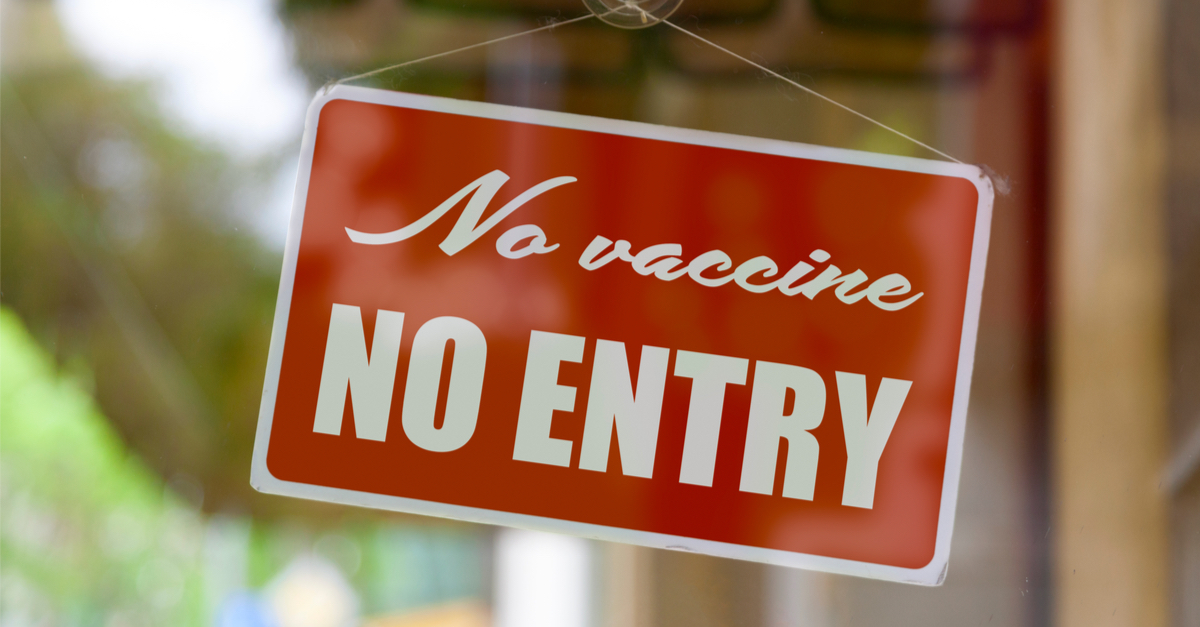 In the liberal haven of New York City, the latest coronavirus precautions to arrive have some Americans crying foul.

As the delta variant continues to surge in many parts of the country, there are some medical experts who believe that a new wave of the pandemic could be upon us.  Cases in Florida, for instance, are higher than they were even during the early onset of the outbreak, back when vaccines weren’t even available.

This is leading to desperate measures by some, including authorities in The Big Apple, who this week crossed a line that many believed would never be crossed.

The order goes into effect Aug. 16, with full enforcement beginning Sept. 13. De Blasio said the mandate, known as the Key to NYC Pass, would encourage increased immunizations to combat the spread of the delta coronavirus variant.

“When you hear those words, I want you to imagine the notion that, because someone’s vaccinated, they can do all the amazing things that are available in this city,” de Blasio said of the Key to NYC Pass.

And this wasn’t just some legislative lip service.

De Blasio added that the city would begin inspecting businesses for compliance in mid-September. All affected customers and workers can either provide their vaccination cards or upload their proof of vaccination to the Excelsior Pass application.

Conservative media has begun to refer to such mandates as “segregation” of the unvaccinated, and are claiming that this could cause many of those who’ve chosen to remain un-inoculated to be treated as second-class citizens here in the United States.