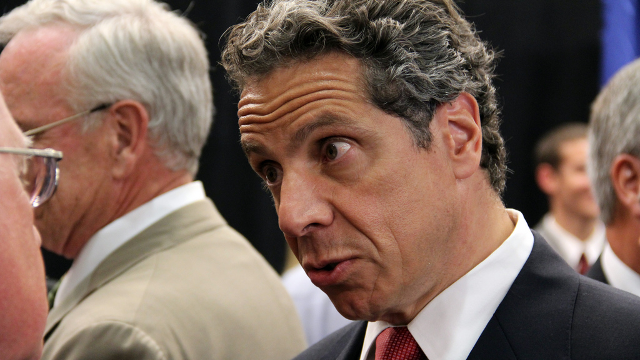 It appears as though Andrew Cuomo has some nerve.

The New York State Governor is in a heap of trouble this week, as his own attorney general suggests that the allegations of sexual harassment against Cuomo are not only true, but that they violate both state and federal statutes.

New York Gov. Andrew Cuomo sexually harassed at least 11 women and then retaliated against a former employee who complained publicly about his conduct, according to a bombshell report released Tuesday by state Attorney General Letitia James.

The monthslong probe concluded that Cuomo “sexually harassed multiple women and in doing so violated federal and state law,” James said at a press conference. Her office noted, however, that there were no specific penalties tied to the report.

The 165-page report, which comprises interviews with 179 witnesses and a review of tens of thousands of documents, also said that Cuomo’s office was riddled with fear and intimidation and was a hostile work environment for many staffers.

A somber but defiant Cuomo strongly denied some of the allegations against him later Tuesday and said that other examples of his alleged misconduct had been mischaracterized or misinterpreted.

The grabby governor has been refusing to consider resigning for months now, despite a bevy of credible accusations against him and a number of calls for his ouster coming from within Democratic circles in New York itself.