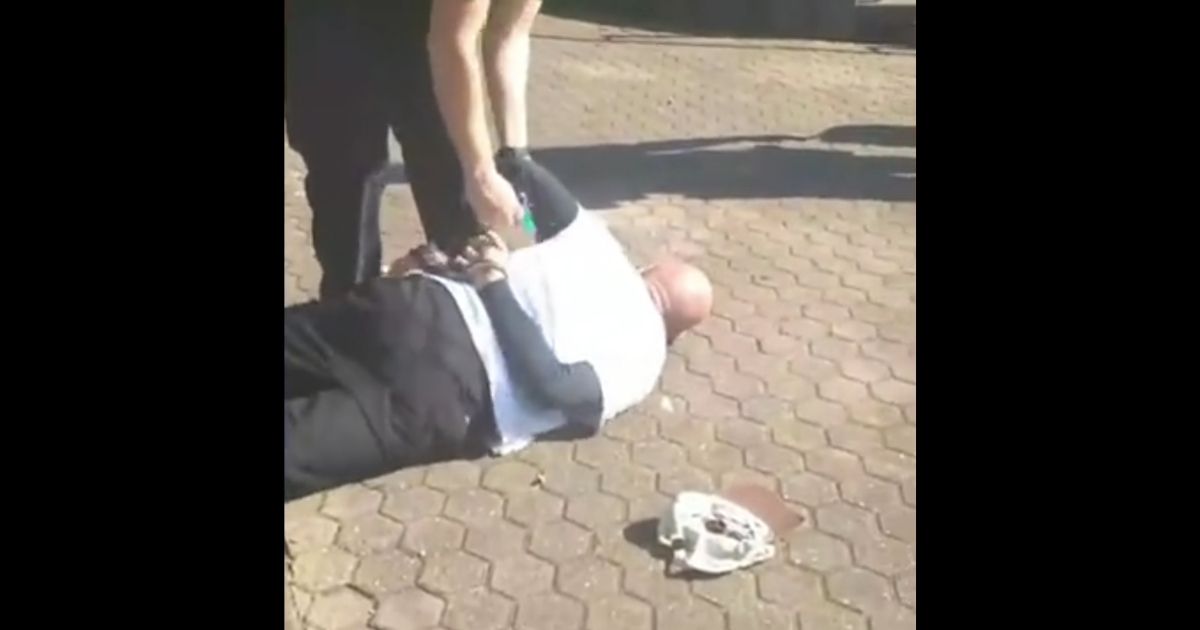 The Aussies have really ramped up their COVID-stopping schemes lately — even going so far as introducing door-to-door military and police visits, police helicopter flyovers to warn outdoor crowds and mandatory COVID testing for out-of-town essential workers.

Yes, that’s right. It’s beyond a step too far for my taste, and it’s unsettling for a great number of Australians who’ve discovered that their individual liberties mean little compared to authoritarian objectives.

But a haunting image that came out of Brisbane’s Botanic Gardens on Monday morning took things a step further. It’s sickening, it’s frightening and it’s a reminder of what could become a reality for us if we cave to those who’re pushing for power.

The U.K. Daily Mail reported on the incident, which left one Australian man irate at officials who arrested his elderly father — reportedly for going maskless in public.

Video taken by the man’s partner captured the moment he fell to the ground, gasping for air and reaching for a backpack that contained his medication.

To make matters worse, the woman filming the incident had tried pleading with police moments before, explaining that their “suspect’s” heart and breathing conditions gave him a legitimate reason for going without a mask.

Regardless, officers continued cuffing him and began leading him away from the park for — in the words of the Daily Mail — “failing to answer their questions ‘reasonably'” when he dropped and began to spasm.

“Do you believe me now, you pr***s?” his partner asked the police. She instructed one officer to allow her enough room to administer a dose of the man’s medicine.

One officer explained that he was legally prohibited from administering the man’s medication; another notified the couple that an ambulance was on its way to the scene.

WARNING: The following video contains vulgar language and graphic footage that some viewers will find offensive.

But even after the incident itself died down, the man’s son took it upon himself to voice his dissent further.

It “doesn’t make sense,” he said, according to the Daily Mail report. “He did not do anything illegal; he did not retaliate in a violent manner. He was conducting himself peacefully and not looking for trouble.”

Unfortunately, however, that isn’t enough to satisfy COVID extremists.

“This hurt me more than anything I’ve experienced. … Seeing my father get arrested as he was having a seizure,” the man added, noting that he cried for the first time in years upon seeing the footage.

Considering all that Australia is doing to achieve its “Zero COVID” dream, the sickening development isn’t all that surprising.

The state of Queensland extended its lockdown in a desperate attempt to curb rising COVID cases amid the delta variant’s arrival, and the protocol prompted this undue response.

How would any of us feel if we saw a loved one treated this way for no reason? How would we feel if we rendered ourselves helpless against an oligarchic system that determines our every step and even tells us how to breathe?

Let this be a lesson to America’s “I’ll trade freedom for security” crowd: These shenanigans are coming for us next.