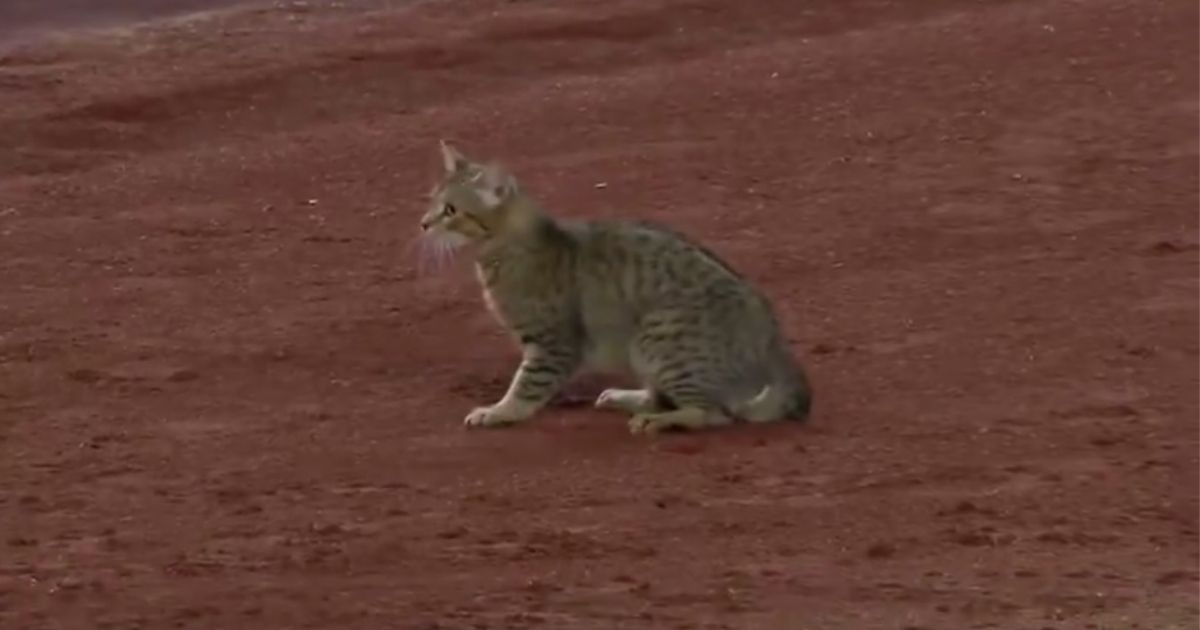 A fleet-footed feline stole the show of the New York Yankees game Monday as it evaded capture for nearly four minutes.

The Yankees were losing 7-1 in the game against the Baltimore Orioles in the bottom of the eighth inning when a small cat was spotted on the field.

The cameraman panned over to the small kitten crouched on the side of the field.

“Uh oh, how did I end up here?” the commentators narrated.

The teams tried to continue the game, but then the cat sprinted across the field.

Yankee Stadium security chases a cat around the field for nearly four minutes and never gets its hands on what might be the most elusive animal that ever lived pic.twitter.com/w2HR4H3HaW

The crowd roared to life as the cat ran to the other side of the field near a door, but the person next to it didn’t open it.

He looked up the fence, possibly looking for an escape route.

“Now we don’t usually show when somebody gets loose on the field, but this time we are making an exception,” the announcers said.

The announcers narrated the cat’s journey, saying that he had “good hops” when he jumped on the fence surrounding the field.

The crowd booed as security entered the field in an attempt to catch the feline and then cheered again when he evaded capture.

“Let’s go cat!” the crowd chanted as the kitty ran away from his would-be captors. “MVP!”

He ran through the legs of the security guards while the crowd cheered him on.

Eventually, someone opened the door to the field and the cat ran through, much to the chagrin of the crowd.

“They finally have something to smile about,” the commentators said of the Yankees on the bench.

Jomboy Media tweeted that the cat “might be the most elusive animal that ever lived.”