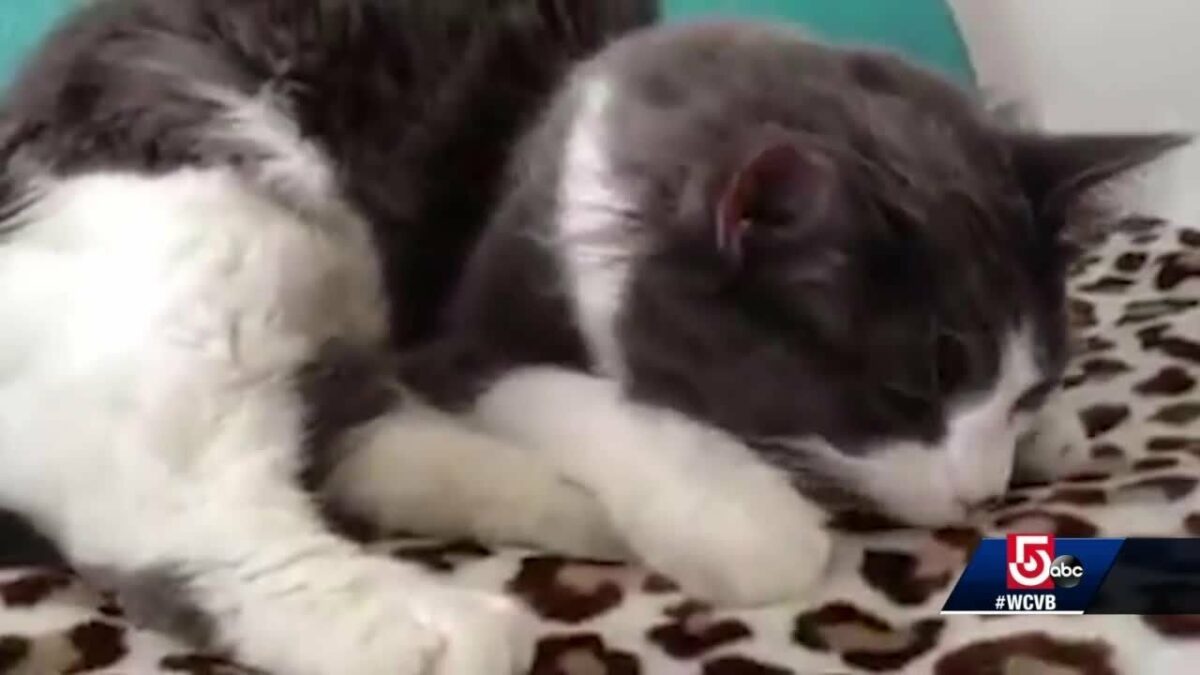 It’s easy to lose hope when a beloved pet vanishes into thin air. When lost signs, shelter checks and online posts don’t deliver, the fear of death by car, coyotes or other tragedy becomes a constant in an owner’s mind.

But some people keep the faith, and despite time and circumstance continue to hold out hope for the return of their cat or dog. For some, it works.

It certainly did for Margaret Kudzma of Peabody, Massachusetts, whose cat “Mini Max” slipped out a window and disappeared… for six years.

Mini Max was a little over a year old when he escaped from Kudzma’s house. She immediately began searching for him, using every method she could think of, including a search dog and a pet psychic, according to Fox News.

“My desperation to find him led to an unimaginable journey,” she said. “I met dozens of people, who out of the goodness of their hearts, spend countless hours rescuing and caring for stray and feral cats.

“They helped me hand out flyers, hang posters, and search neighbors’ yards. We set up feeding stations and night vision cameras in areas where sightings were reported.

“I was never able to forgive myself for him pushing through the window screen. I deeply grieved his loss. He vanished into thin air.”

As she continued to look for her gray and white cat, Kudzma met many other cat lovers, rescuers and fanatics through her organization, “The Rescue Business,” a non-profit dedicated to helping local homeless cats that started as a Facebook page to find Mini Max. While he didn’t show up, she was able to help dozens of other cats — a fact that she called a “silver lining.”

“Mini Max’s disappearance brought together a community of cat lovers and rescuers and saved countless lives of cats,” she confirmed.

She continued to post about him, commemorating his birthdays and hoping, always hoping, that he would turn up.

“Today is Mini Max’s 2nd Birthday,” a post from The Rescue Business on April 5, 2016 read. “He and his brother, Fluffy, are the first feral kittens we ever rescued back in 2014. He pushed his way through a window screen on August 5th (this past summer) and we have been searching for him ever since.

“He was rescued when he was 2 months old. He is socialized to his human mom (he is gentle and lovable) and acts very shy around strangers. We suspect he may be living in someone’s back yard or in a feral colony. Due to his shyness, he most likely is hiding during the day and coming out after dark to eat.”

Last month, Kudzma got the long-anticipated call from the VCA Wakefield Animal Hospital. Mini Max had been found by a family about 10 miles away, and his microchip led the animal hospital to her.

“I cried when I first received the call that he had been found,” she said. “I hoped and prayed he would find his way home.”

Now 7 years old, Mini Max is finally home with a very relieved Kudzma, who is thankful for good Samaritans turning him in and his microchip pointing him home.

Mini Max’s story is also an excellent example of why even indoor-only pets should be microchipped: You never know if they’ll find an opportune moment to slip outside and wander in the great outdoors. If they do, a microchip will certainly help get them home again.