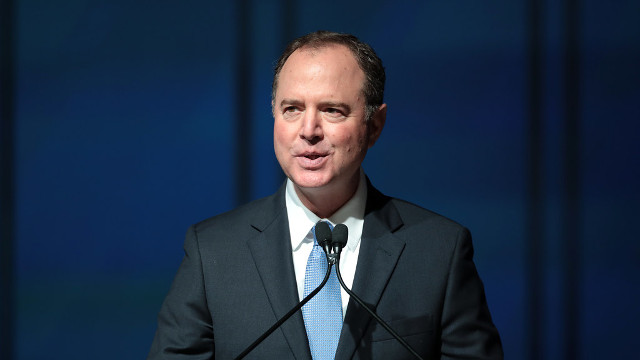 President Donald Trump has been twice acquitted by the Senate and is still eligible to hold public office in the future. Although he no longer lives in Washington DC, Trump is still living rent-free inside the cranial cavities of the Democratic members of Congress. One of the worst “sufferers” of a brain obsessed with the 45th president is the man known on this site as The Bloviating Bullsh*ting Burbank Barrister of Burbank, Adam Schiff (D-CA). Adam Schiff’s imperfect call

My friend Fred Lucas’ page-turning tome “Abuse of Power: The Three-Year Campaign to Impeach Donald Trump” explains, his quest to impeach Trump began neither with a Capitol Hill riot nor a Ukraine phone call includes the true story of the bug-eyed barrister’s involvement in the Democrats’ attempt to destroy Trump. 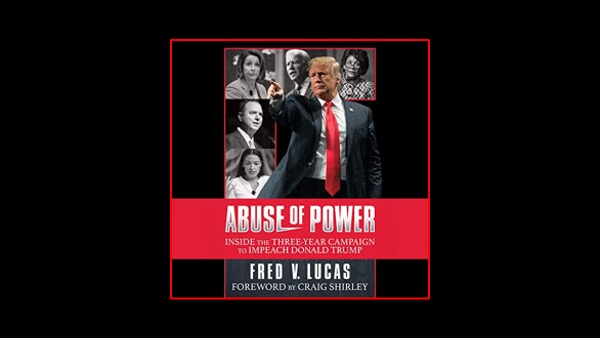 The Democrats’ latest attempt to go after Trump is officially known as the Jan. 6 select committee hearing. So far, a low point of the hearing was Adam Schiff’s crocodile tears on the first day of the hearing. Adam Schiff’s fake tears came after previously becoming a parody of himself during the Trump impeachment hearings. To his fake tears some context I asked Fred Lucas if he would put together his favorite Schiff-head excerpt from “Abuse of Power.”

Note: the e-book version of “Abuse of Power” is available now for a $2.99 limited time offer,

Read an Adam Schiff excerpt from the Fred Lucas book, below:

In early 2017, even James Clapper, Obama’s former Director of National Intelligence, who made a post-government living largely from being a cable Trump basher, said there was no evidence of collusion between Trump and Russians.

But Rep. Adam Schiff was having none of it, telling NBC’s Meet the Press host Chuck Todd, “I was surprised to see Director Clapper say that because I don’t think you can make that claim categorically as he did. I would characterize it this way at the outset of the investigation: There is circumstantial evidence of collusion. There is direct evidence, I think, of deception and that’s where we begin the investigation.”

Less than a month later, on April 10, Schiff engaged in a conversation that he will likely never live down. The eagerness he showed at the mic, on cable, and the Sunday network shows opened him to more ridicule. He might have also realized that he would eventually be on the hook for real evidence. Maybe, just maybe, this call would provide it. It’s rare that an assistant will patch through a call directly to a member of Congress unless the member is eager to accept. Typically, such calls have to be prearranged.

In this very imperfect call, Schiff apparently believed that he was talking to Ukraine politician Andriy Parubiy, the speaker of the country’s parliament. The caller posing as Parubiy told Schiff he had explosive information on Trump.

The fake Parubiy said he was offering information from when Trump visited Russia in 2013 to attend the Miss Universe pageant.

“In November 2013, Mr. Trump visited Moscow, he visited competition Miss Universe, and there he met with Russian journalist and celebrity Ksenia Sobchak,” he said.

Sobchak is tied to Putin and is a “special agent of Russian secret service.” Further, the caller said, she is “also known as a person who provides girls for escort for oligarchs. And she met with Trump and she brought him one Russian girl, celebrity Olga Buzova.”

Then came the kicker, as the caller explained that Buzova “got compromising materials on Trump after their short relations. There were pictures of naked Trump.”

For Schiff, it could be investigative gold. He seemed to show no emotional excitement, nor did he demonstrate skepticism, as he asked the caller, “And so Putin was made aware of the availability of the compromising material?”

The plot thickened as the phony Ukrainian responded, “Yes, of course.” He added, “All those compromising materials will never be released if Trump will cancel all Russian sanctions.” The caller said, “We are ready to provide to FBI.”

The caller also told Schiff he had some information about General Michael Flynn.

“All righty. Good, this is very helpful. I appreciate it,” Schiff said. The congressman added, “We will try to work with the FBI to figure out, along with your staff, how we can obtain copies.”

Russian pranksters Vladimir Kuznetsov and Alexey Stolyarov, a comedy act known in their country as Vovan and Lexus, were the actual callers.

“We wanted to talk to someone who specifically works on intelligence and give him a completely insane version of events,” Kuznetsov told the Atlantic, which first reported the infamous call in January 2018, as Schiff made himself a national figure of mockery.

A spokesman for Schiff’s office said they, of course, knew all along.

“Before agreeing to take the call, and immediately following it, the committee informed appropriate law-enforcement and security personnel of the conversation, and of our belief that it was probably bogus.”

However, the duo gave emails to the Daily Mail demonstrating that Schiff’s staff continuously followed up to try to collect the “classified materials for the FBI” from Ukraine’s embassy in Washington, D.C.

One can only imagine the conversations Schiff had with his staff about this call and what he might have told other members of Congress.

As an establishment Democrat, Schiff wasn’t publicly championing impeachment early on. But he was certainly basking in the glow of Russia-gate. It was a fairly easy proposition for a leading member in the minority party: Just do a lot of talk shows, go to the microphones in the Capitol, raise questions, and demand to know the truth. The problem is that Schiff didn’t stop there. He started saying things that were either going to make him look like he was privy to secret info that would take Trump down or was just spinning tales.

“There is already, in my view, ample evidence in the public domain on the issue of collusion if you’re willing to see it,” Schiff said in February 2018.

He went on to say at the Christian Science Monitor newsmaker breakfast, “If you want to blind yourself, then you can look the other way. … Now, I’ve never said that there was proof beyond a reasonable doubt. That’s for Bob Mueller to decide,” Schiff continued at the newsmaker breakfast, giving himself an out. “But to say there’s no evidence of collusion, you’d have to ignore all this.”

Schiff further told the audience, “It’s not fine to work with a foreign power even if there is no violation of law involved.”

By July 2018, Schiff elevated his rhetoric, which was great for headlines and more TV time. However, he was really sticking his neck out regarding credibility.

The “Abuse of Power” e-book version is available for just $2.99 on a limited basis.

Jeff Note: Regular readers know that The Lid has previously featured segments of Fred Lucas’s Books. Fred is a veteran White House correspondent who has reported for The Daily Signal, FoxNews.com, National Review, Newsmax, Townhall, and other outlets. Having read “Abuse of Power: Inside the Three-Year Campaign to Impeach Donald Trump,” I can vouch for the fact that it’s a page-turner. Sara Carter described it as “A devastating and comprehensive takedown of Trump’s impeachment, and a thoughtful look at the historical context of past impeachments, with strong reporting and research to combat the Left’s inevitable rewrite of history.” If you haven’t read the book yet, I urge you to take advantage of this special offer. The “Abuse of Power” e-book version is available for just $2.99 limited-time basis.

Get your copy today: