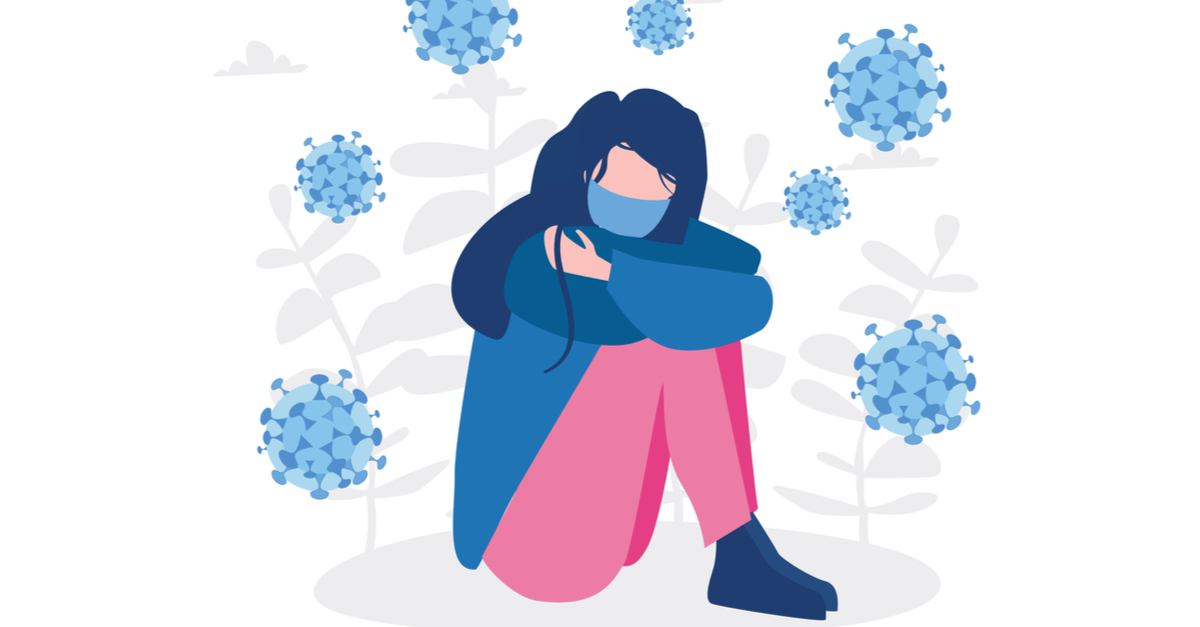 The following article, New Poll Reveals How COVID Uptick is Affecting Americans’ Mood, was first published on Flag And Cross.

For many of us, the overwhelming sentiment about the continued coronavirus crisis seems to be “when will enough be enough?”.

In fact, a great deal of the pushback that medical authorities are dealing with at the moment is coming directly from Americans who no longer wish to be held captive by the virus, and who believe that, like the flu, this is something that we are just going to have to work around.

Much of this opinion was likely fomented by the government’s swift and thorough response to the pandemic – a reaction that many Americans have suggested was a massive overreach on the part of the feds.

Now, with the delta variant surging, (and precautionary government gibberish rising with it), there has been a great strain on Americans’ mental health.

In a dramatic shift from last month, more Americans now say the coronavirus situation in the U.S. is getting worse (45%) rather than better (40%). In June, a record 89% said the situation was getting better, while only 3% said it was getting worse. 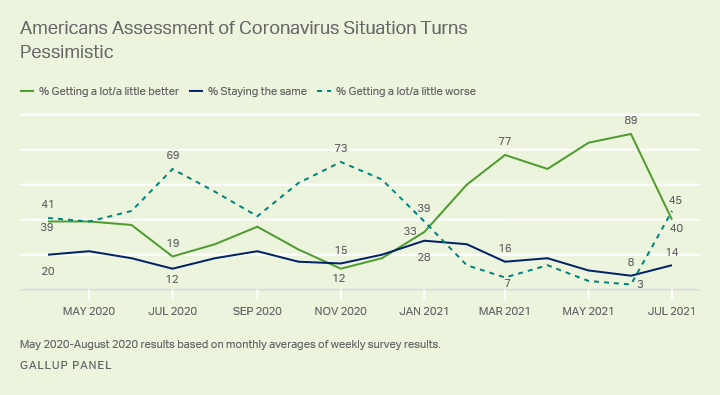 Line graph. Americans’ assessments of the coronavirus situation in the U.S. as getting better, staying the same or getting worse. Forty percent of Americans in July 2021 say the situation is getting better, 45% worse and 14% saying the same. Americans had been more positive than negative since February. In 2020, they were more likely to say things were getting worse, including a high of 73% in November.

The moment is a milestone in the virus’s resurgence.

The current survey marks the first time since January that more U.S. adults have been pessimistic than optimistic about the COVID-19 situation. There was greater pessimism than optimism for most of 2020. At its worst, 73% in November said the situation was deteriorating amid a dramatic surge in cases last fall.

Gallup’s latest update on coronavirus attitudes comes from a July 19-26 web survey of U.S. adults who are members of Gallup’s probability-based panel. The survey was conducted amid a new spike in COVID-19 cases in the U.S. as the more contagious delta variant of the virus spreads through the country, but before the Centers for Disease Control revised its guidance on the wearing of face masks in public.

The survey also revealed that many Americans now see the end of 2021 as the likely timeframe in which the COVID-19 crisis will finally, and fully, be on its way out the door.