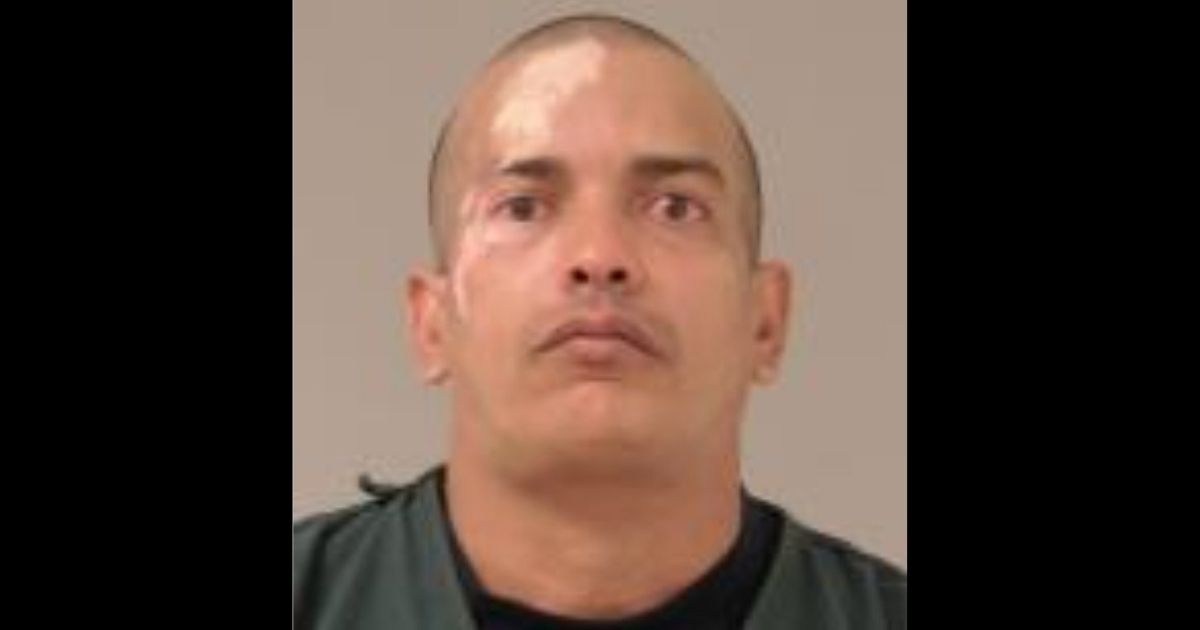 Alexis Saborit, 42, was charged with second-degree intentional murder on Friday in the beheading of America Mafalda Thayer, 55, in Minneapolis.

According to the criminal complaint, “The Defendant said he used a knife to kill Victim because she had ‘gone too far’ in her abuse of him and in her comments about ending their relationship.”

Today’s bail hearing for Saborit was wild. Through a Spanish interpreter, he told the judge, “I’m innocent. It was self defense” and claimed he was the victim of attempted extortion and murder.

Also in the court hearing, Saborit’s attorney in his pending arson case asked the judge to remove him. The victim, Thayer, was the one who hired that attorney and he grew close to her while working on the case. The attorney felt it was a conflict of interest to keep defending him

Saborit’s criminal history includes arson charges that are still pending, domestic abuse, a DUI, obstruction and fleeing an officer, according to Alpha News.

Scott Co prosecutors have filed Murder-2 charges against Alexis Saborit for gruesome killing of America Thayer in #shakopee. According to court docs, investigators recovered a machete that appeared to be hidden in a nearby garden, a day after the slaying.https://t.co/qjlSnrTRfp pic.twitter.com/O8zXROXzux

Knives appear to be an obsession with Saborit. In every offense described both in legal documents and press reports, a knife or a machete is present. It may have nothing to do with that particular crime, but Saborit always has one on hand.

Officers dispatched to the murder scene Wednesday spoke to a witness who told them Saborit “often carries a machete with him.”

The criminal complaint in Saborit’s 2018 obstruction case stated, “Officers approached the Defendant and searched him for weapons, finding a folding knife with a three-inch blade and a kitchen knife with a 10-inch blade.”

Following a 2017 traffic stop that resulted in a DUI, police spotted a “large kitchen knife on the driver’s side floor and an open bottle of Bacardi Rum,” according to Alpha News.

Alpha also reported that court records from Saborit’s 2017 domestic assault case indicate he was wanted by U.S. Immigration and Customs Enforcement. In the order of release document, the judge had checked a box that said,  “defendant has ICE hold.”

The American Civil Liberties Union website defines an “ICE hold” or “detainer” as “a written request that a local jail or other law enforcement agency detain an individual for an additional 48 hours after his or her release date in order to provide ICE agents extra time to decide whether to take the individual into federal custody for removal purposes.”

Saborit appeared in Scott County court on Friday. Lou Raguse of KARE-TV  was in the courtroom and reported that Saborit asked the judge “if he could be deported to his own country” rather than face trial. His request was denied, and his bail was set at $2.5 million.

Saborit also asked the judge if he could be deported to his own country instead of standing trial. The judge said no and set his bail at $2.5 million.

It is unclear which country he would be deported to. The article notes that Saborit is described as a “Puerto Rican male” on a “criminal complaint from his pending arson case.” But if that were the case, then “he would be a U.S. citizen by default” and deportation wouldn’t be an option.

Saborit spoke through a Spanish interpreter in the courtroom.

Because an ICE hold was placed on him in 2017 and he himself asked to be deported to his “own country,” it would be fair to assume he is not a U.S. citizen.

If that is correct, this becomes another heinous crime committed by an individual who never should have been allowed into the U.S. in the first place. And why was he allowed to stay?

This highlights the need for immigration reform. As hundreds of thousands of illegal immigrants pour over our southern border, any semblance of a vetting process has long since been abandoned.

How many killers are slipping into the country along with the “asylum seekers?” We know that gang members have mixed in with the masses crossing the border.

Crime is up in every U.S. city. Yet President Joe Biden and Vice President Kamala Harris remain oblivious to the fact that America is becoming a more dangerous place.

Monsters like Alexis Saborit are why the Biden administration’s policies are killing this country.