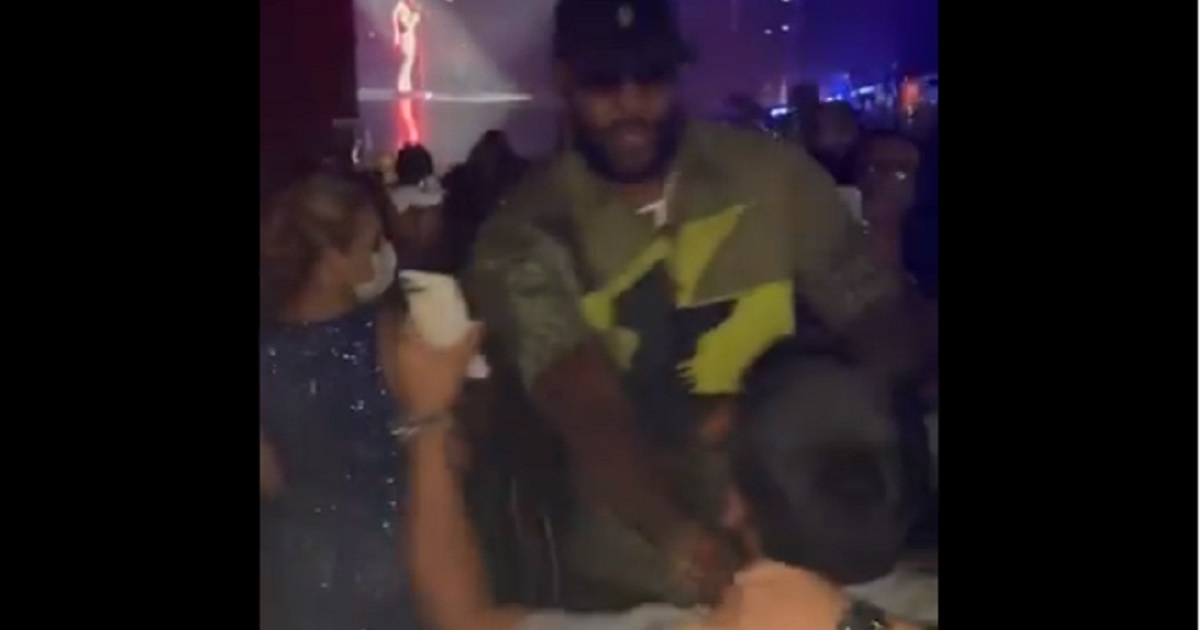 The following article, Video Appears to Show LeBron Shoving a Fan Before Security Intervenes, was first published on Flag And Cross.

King LeBron James let one peasant know his place in a video making the rounds on social media.

The video, shot Friday night at an Usher concert at The Colosseum at Caesars Palace in Las Vegas, shows what happened to one mortal who got too close to the controversial NBA star.

James delivered a shove and then plowed on, escorted by a phalanx of security people to ensure no one else came within shoving range.

Jordan probably would have given this fan an autograph and picture pic.twitter.com/MpiIJQURzO

James, who seems to have as many critics as he has fans, was rebuked for his attitude.

“If he feels someone is too close, then get security to deal with it. What you don’t do is make physical contact.

“Also, that guy didn’t appear to be doing anything other than trying to take a picture. Was any of this necessary? LeBron is a giant next to him. He could have just kept it moving and nothing would have happened,” he wrote.

Hookstead then got to the bottom line: “Of course, it’s LeBron James and he thinks he can do whatever he wants!”

Kid clearly isnt a real LeBron fan. If he was, he wouldve flopped after the shove to secure the oscar and the settlement money https://t.co/pvYMr9avLF

dude lucky it was just a push

I was a bike messenger in Chicago in the early 90’s. Jordan came out of his office building on east Ohio. He said hello and asked what it was like being a bike messenger in the winter. we spoke for a couple minutes. when left he said “nice talking to you, be safe”.

Commentator Sophie O’Hara, writing on Wayne Dupree.com, said her takeaway was that money has not bought James happiness.

“Have you noticed that LeBron always looks so miserable and unhappy?  He reminds me of Michelle Obama, who always walks around with a scowl on her face,” she wrote.

“These people have been gifted so much, but they’re just nasty and negative all the time,” she wrote.

But on the other hand, in today’s violent society, how would he know if this fan did not mean him harm? He should reach out and find this fan to apologize.

If you still want to be a Fan of this man after watching the Video there is something wrong with you!