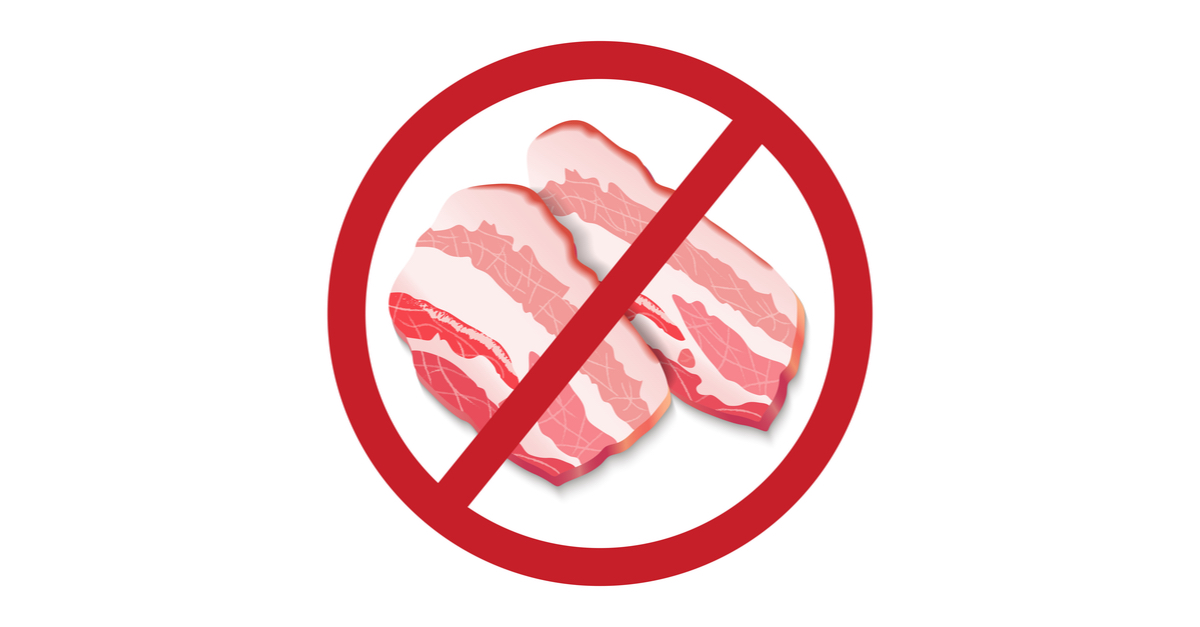 The following article, New Pork Rules Could Outlaw Bacon in California, was first published on Flag And Cross.

There are plenty of times in which Americans engage in a bit of exaggeration at the expense of our federal government.  It’s a defense mechanism, really, in which we are trained to extrapolate the worst possible outcome of any interaction with our elected officials, to guard against abuse at the hands of the tyrannical among us.

Very rarely do these sorts of predictions come true.  Truly, this is just part of the American DNA, and it has deep roots in the caffeinated waters of Boston Harbor back in 1773.

And if you thought that a new tax on tea was a flimsy enough excuse to rail against the oppressors, what happens when a state government outlaws bacon?

At the beginning of next year, California will begin enforcing an animal welfare proposition approved overwhelmingly by voters in 2018 that requires more space for breeding pigs, egg-laying chickens and veal calves. National veal and egg producers are optimistic they can meet the new standards, but only 4% of hog operations now comply with the new rules.

Unless the courts intervene or the state temporarily allows non-compliant meat to be sold in the state, California will lose almost all of its pork supply, much of which comes from Iowa, and pork producers will face higher costs to regain a key market.

The threat is no hogwash, either.

California’s restaurants and groceries use about 255 million pounds of pork a month, but its farms produce only 45 million pounds, according to Rabobank, a global food and agriculture financial services company.

The National Pork Producers Council has asked the U.S. Department of Agriculture for federal aid to help pay for retrofitting hog facilities around the nation to fill the gap. Hog farmers said they haven’t complied because of the cost and because California hasn’t yet issued formal regulations on how the new standards will be administered and enforced.

Barry Goodwin, an economist at North Carolina State University, estimated the extra costs at 15% more per animal for a farm with 1,000 breeding pigs.

If half the pork supply was suddenly lost in California, bacon prices would jump 60%, meaning a $6 package would rise to about $9.60, according to a study by the Hatamiya Group, a consulting firm hired by opponents of the state proposition.

Spilled tea is one thing, but losing access to the most glorious of breakfast proteins?  That may very well be unforgivable.

Don’t do business in California. make the consumers squeal like a pig to their representatives.