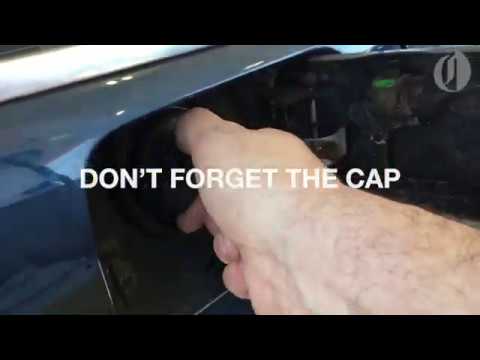 I grew up in New Jersey — which, along with Oregon, is one of the two states that ban or limit motorists’ ability to pump their own gas.

In 1949, Garden State lawmakers passed the Retail Gasoline Dispensing Safety Act, ostensibly pitched as a way to keep us rubes from setting ourselves aflame. In reality, it was unalloyed protectionism.

According to Mental Floss, a website specializing in little-known facts, a New Jersey gas station owner began attracting business by offering lower prices for self-service at a time when pumping your own gas was unheard of. Instead of competing with him, other gas station owners did the next best thing: They got politicians in Trenton to outlaw the practice.

Even as self-service pumping became virtually universal, however, the law remained on the books and still functions as a make-work program for those whose core competencies apparently don’t extend beyond putting gas in someone else’s car.

However, when I left New Jersey, I quickly realized the gas pump wasn’t a difficult thing to master. In fact, I got it on the first try. So do most people, which is why we don’t have an epidemic of newly licensed 17-year-olds going up in mushroom clouds of 87 octane.

Don’t tell that to Oregon’s largest newspaper, however, which is busy teaching the state’s residents how to use that tricky gas pump doohicky now that self-service is temporarily legal everywhere in the state.

For decades, self-service was illegal throughout the Beaver State. However, the state began allowing it in counties with fewer than 40,000 residents starting in 2018.

According to The Oregonian, self-service is temporarily legal in every county in the state through Tuesday because of a heat wave in the Pacific Northwest. Due to the weather, the Office of State Fire Marshal suspended the law requiring full-service in some areas.

This apparently has The Oregonian very concerned.

“Oregonians who are not accustomed to pumping their own gas might benefit from some tips,” the state’s paper of record reported Friday. “This video briefly goes over the steps from beginning to end, including that you shouldn’t top off your tank.”

Oh, and it’s just as funny as you might imagine:

So first, you have to put your credit or debit card in pump. (You can also give cash to the attendant in the gas station, but this might be a bit too complicated for Oregonians.)

Next, you pick up the pump and “select appropriate octane for your car.”

Next, you open the fuel door and stare at the gas cap for a few seconds, at least if you’re the guy in the video. Then you unscrew it.

After that, you “insert nozzle fully” and pull the trigger. The gas should begin to flow and you’ll begin to see a whole lot of changing numbers on the LCD display. That’s how you know it’s working.

“Keep holding the trigger until the pump shuts off,” the video advises. “Do not ‘top off’ the tank.”

“Don’t forget the cap,” the video reminds viewers at the end.

While the video is currently timely, The Oregonian actually put together this video last year, at a time the state also relaxed gas pumping rules statewide because of the coronvirus pandemic.

Remember that 2018 law, the one that allowed Oregonians to pump their own gas in counties with fewer than 40,000 residents? The people of Oregon didn’t exactly make a good show of themselves when the legislation was enacted.

According to The Washington Post, a local TV station asked Oregonians how they felt about the change on their Facebook page back when the law came into effect. The inadvertently hilarious responses managed to go bad-viral.

“No! Disabled, seniors, people with young children in the car need help. Not to mention getting out of your car with transients around and not feeling safe. This is a very bad idea. Grrr,” another woman said.

“I’ve lived in this state all my life and I REFUSE to pump my own gas . . . This [is] a service only qualified people should perform. I will literally park at the pump and wait until someone pumps my gas.”

Yes, it seems Oregon’s nanny state has produced a driving public that believes qualified people need to pump gas and that you end up smelling like gasoline after pumping. Simple New Jerseyan me was able to get pumping gas right on the first try, but these people don’t even seem to want to try. They like their nanny state — and don’t you dare take it away from them.

Fear not, Oregonians: At least for the moment, the indignity and danger of being forced to pump your own gas is only supposed to last until Tuesday. Then your long regional nightmare will be over. We’ll still be laughing at you, though.