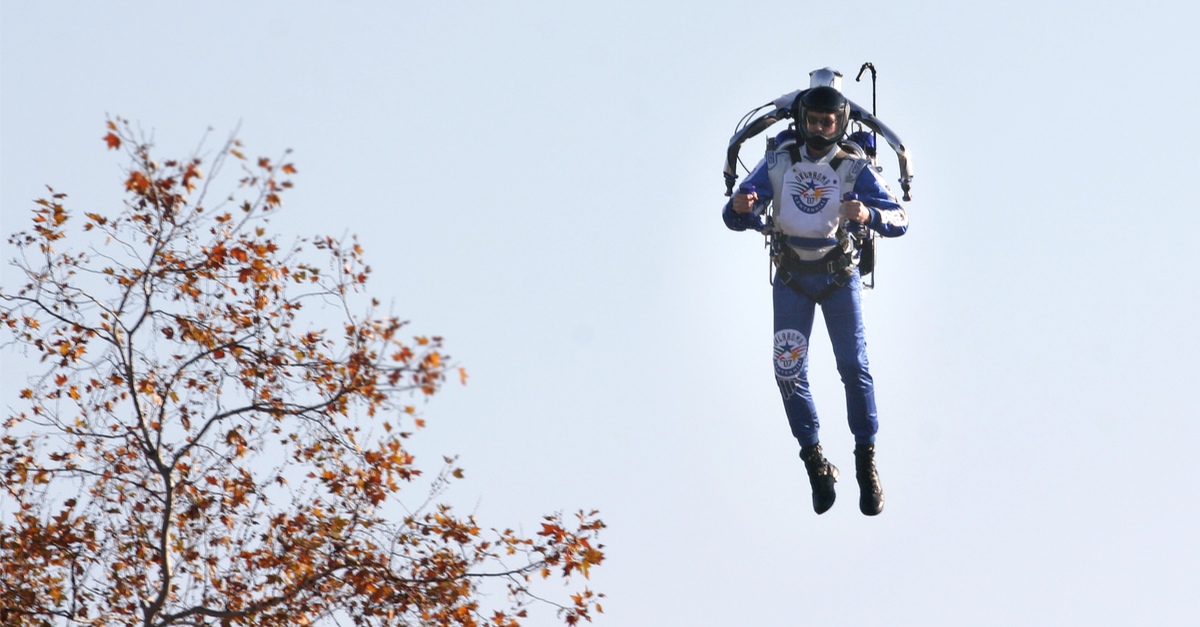 Is he some sort of modern-day Iron Man?  Or is he a super-villain who’s simply working to perfect his unique mode of transport?

In fact, is it a he at all?  Perhaps the “jet pack man” is actually a “jet pack gal”.  Or maybe even an elaborate drone?

In any case, something that appears to be a man wearing a high-powered jet pack, has been haunting air traffic controllers over LAX in Los Angeles for months now, and his latest appearance was caught on camera.

“Use caution, the jet man is back,” an air traffic controller at Los Angeles International Airport warned pilots in a recording obtained by CNN after a possible appearance of the mysterious figure first sighted near the airport last fall. The FAA says the pilot of a cargo Boeing 747 reported “an object that might have resembled a jet pack” near its right wing at around 5,000 feet Wednesday evening, reports NBC Los Angeles. The possible sighting was around 15 miles from the airport, though the FAA says no unusual objects appeared on radar around LAX at the time.

Images of the sighting we soon circulating on social media.

CBS2- A warning to pilots this evening as yet another sighting of a man flying in a jet pack was reported near #LAX. @11 ⁦@CBSLA⁩ (pic is of previous sighting) pic.twitter.com/TtQU5zq8m0

The mysterious aviator began appearing months ago, and has been captured on camera previously.

Incredible video appears to show elusive 'jet pack guy' flying 3,000 feet above the coast of California – after FBI opened investigation into the mystery man after pilots spotted him soaring over LAX

Footage was captured on Monday by a pilot flying over south of Los Angeles pic.twitter.com/50pU7WrA2l

Authorities appear to be stumped over the identity and motivation of the daredevil.