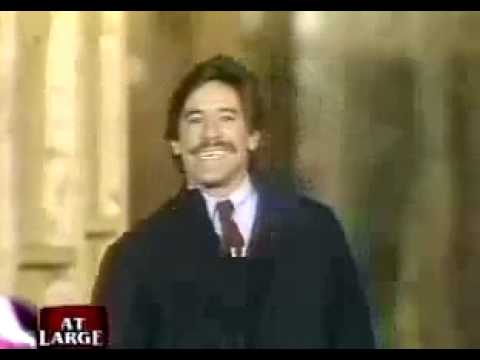 The following article, Tucker Savages Geraldo for Defending Illegals with COVID: Spare Me! I Just Threw up in My Mouth, was first published on Flag And Cross.

Fox News host Tucker Carlson and network contributor Geraldo Rivera got into a heated dispute Thursday afternoon over COVID and illegal immigration, and the latter walked away limping.

Few times since failing to find Al Capone’s rumored treasure trove of artifacts in a Chicago vault in 1986 has Rivera been so thoroughly embarrassed on national TV.

Carlson joined “The Five” to plug a Fox Nation special about President Joe Biden’s border crisis when Rivera, who has been on a self-righteous tear against unvaccinated Americans, interjected.

Carlson’s special program looked like an interesting and in-depth view into the border nightmare, but Rivera only had eyes for protecting illegal migrants from scrutiny over breaking the law during the coronavirus pandemic.

He inserted himself into the conversation by essentially thanking Carlson for not linking illegal migration and COVID at the border in his promo.

“I’m glad that you didn’t lead with the migrants bringing COVID in, as too many reports that I’ve seen in recent days do,” Rivera said.

Carlson appeared as dumbfounded as one could have been. Apparently, Rivera would like for the establishment media and the Biden administration to continue to bury the story of the outbreak at the border while the White House blames Americans for COVID cases.

“Why?” a visibly stirred Carlson asked in reference to Rivera’s statement.

“Because those overblown health fears are the xenographic reaction to immigrants since the Irish in the 19th century,” Rivera said.

“Are you freaking kidding me?” Carlson said.

Rivera attempted to make a point about immigrants being blamed for the historic spread of diseases, but whatever he was trying to say was drowned out by cross talk. There was also the fact that he had set himself up to be dismantled, which he was.

“You know, Geraldo, we live in a country where we are being forced to take a vaccine that some people, newsflash, don’t want to take,” he said, before savaging the insufferable Rivera.

“Americans can be arrested for not wearing a mask because COVID is so serious,” Carlson said. “But foreign nationals break our laws carrying COVID and somehow they’re exempt from the requirements that we live under?

“That’s not xenophobia. That’s equal application of the law, and it’s not happening now. And it’s an appalling double standard that every American, including you, should be mad about.”

Rather than be upset about that blatant double standard, Rivera said he was angry about “exaggeration and hype.”

“What? It’s a policy. They are not forcing … look, if you work in the federal government you have to get the vaccine, but if you break our laws as an illegal alien, you don’t?” Carlson said. “Why don’t you explain why that’s a good idea to me?”

Rivera bowed out of the conversation like a dog with his tail tucked between his legs. He knew what he’d gotten himself into.

“Well, I don’t think the segment is about me,” he said before asking the program to shift over to “The Five” host Jesse Watters.

Earlier this week, Rivera was on “The Five” calling unvaccinated Americans “selfish” and “arrogant.” The TV personality had plenty to say:

Geraldo just had another absolute meltdown on live TV, says those who are unvaccinated should be “banned” from “restaurants,” “businesses,” and “colleges:”

“If you’re unvaccinated… you are an arrogant, selfish SOB.” pic.twitter.com/0GCRrGZEBI

When he found himself up against Carlson on Thursday, he didn’t appear interested in entering into a prolonged discussion.

Continue reading: Tucker Savages Geraldo for Defending Illegals with COVID: Spare Me! I Just Threw up in My Mouth ...

Who the hell is “Geraldo Rivera”? Oh yeah his real name is Jerry Rivers. Which is where I’d like to toss him, in the river.