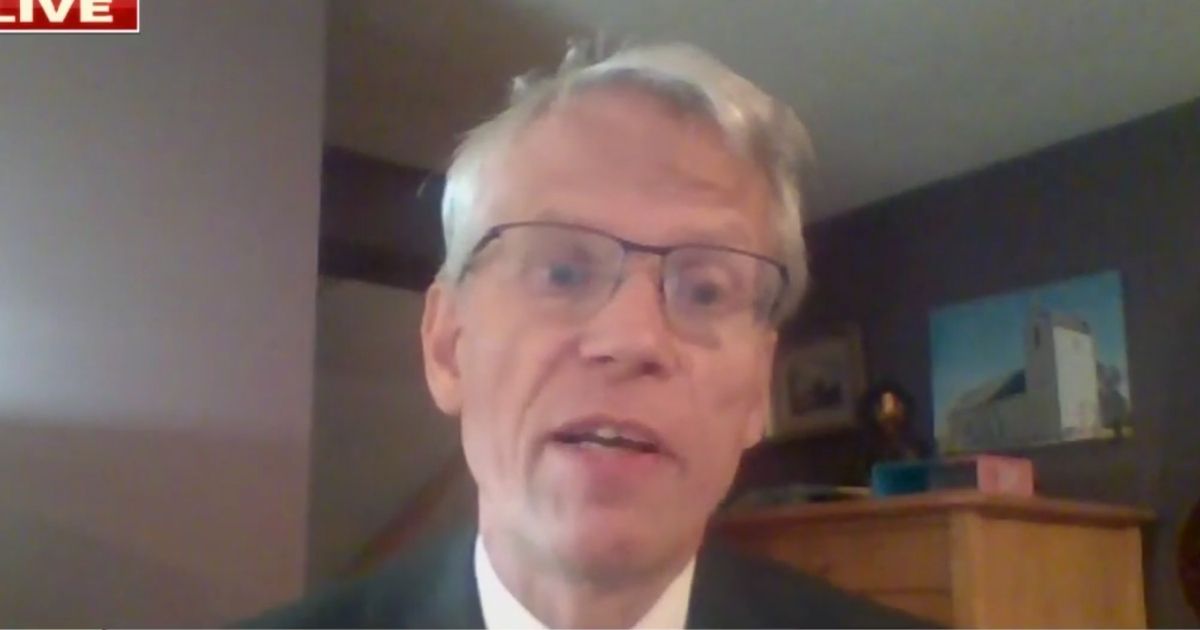 A prominent Ivy League infectious disease expert told Fox News on Friday morning that new federal government guidelines about wearing masks are not backed up by any science, and it’s sure to anger the pro-mask crowd.

The Centers for Disease Control and Prevention this week updated its guidance regarding mask-wearing, and actually advised vaccinated Americans to go back to wearing face coverings in some settings. Since then, talks surrounding mask and vaccine mandates, new lockdowns and school closures have taken over media coverage, despite the fact that fewer people are dying from COVID right now than at any point since the coronavirus pandemic began.

The recommendation is a real head-scratcher, and the only information provided regarding the change in tone from the CDC came from a study from India which did not take into account any data from American COVID cases, or American vaccines.

Republican Rep. Dan Crenshaw of Texas was among those online this week who scrutinized the agency for apparently using data from vaccines that were not approved by the Food and Drug Administration in this country.

The study that influenced this decision? It followed healthcare workers who were vaccinated with a vaccine NOT EVEN APPROVED IN THE U.S.

That’s right. So they’re not even using a comparable case study that can be applied to vaccinated Americans.

And here is the real kicker: the Administration has NO EVIDENCE proving vaccinated people transmit the virus. Zero. None.

They even admit it! Read their pathetic justification: pic.twitter.com/JzxeaN6EWn

Crenshaw is no scientist, but Harvard Medical School’s Dr. Martin Kulldorff is certainly a qualified source to weigh in on the puzzling decision by the CDC.

He did just that Friday morning on “Fox & Friends First.” The program asked Kulldorff about the CDC’s recommendations, and what science exists to back them up. He was quite candid about the agency’s lack of transparency on its mask flip-flop.

“Well, I don’t think that scientific evidence exists,” he said. “In July this year, this month, we’ll have the lowest COVID mortality since the start of the pandemic in March 2020.”

“It’s very surprising the CDC is pushing these new measures, I think, at this time,” he added.

When asked if he has personally seen anything that might lead the CDC to reasonably recommend more masking, Kulldorff said he has not.

“If you’re immune, either because you’ve had COVID or if you had the vaccine, you can still be exposed to the virus … and test positive… but your risk of illness or death is lower. That’s what your immune system protects you against,” he said.

“So, you can still test positive, but the key thing is that the mortality is down,” he added.

With regard to the much-hyped Delta variant of the coronavirus, Kulldorff said he sees no reason why people with COVID antibodies need to wear masks.

“There will always be new variants, and some variants will be more contagious than others,” he said. “The key thing is that your natural immune system, if you’ve had COVID, as well as the vaccine, still protects you against new variants.”

The establishment media, the White House and lawmakers, such as Democratic House Speaker Nancy Pelosi, have been relying on using fear and threats this past week as they all play up the supposed dangers of this new variant. Despite that, data from the CDC itself shows that COVID deaths are still falling rapidly.

Kulldorff actually shared a graph on Wednesday which sourced Johns Hopkins University, and showed the dramatic fall in COVID mortality in the U.S., relative to when the pandemic began.

In USA, #COVID mortality is now the lowest since the start of the pandemic in March 2020. pic.twitter.com/bc3zRxIAiO

As Kulldorff pointed out Friday morning, there doesn’t seem to be a lot of science behind the new wave of COVID alarmism, and especially for again wearing masks. Perhaps if Democrats, the CDC and the media had simply recommended face coverings, and not attempted to force them on the entire population, more people might have considered them.

But many people don’t trust the media, Democrats or government health agencies such as the CDC, and they have every reason not to.